Buhari will return to Aso Rock for another 4 years- AfricanOrbit 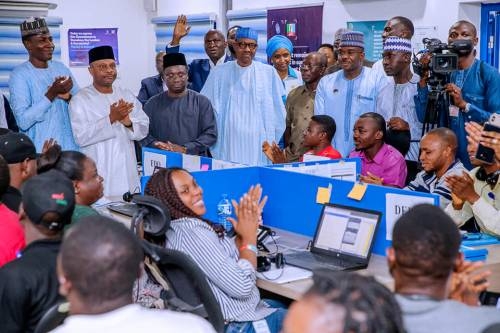 Buhari, at 11.54PM Nigerian time, has secured over 11 million votes against Atiku' 7 million votes. The margin is insurmountable because Buhari has won both Lagos and Kano.

To be declared the winner, a candidate needs a majority of votes cast, and at least 25% of the votes in 24 or more of the 36 states

Previous Post El-Rufai , The Boko Haram Sympathiser, ‘Deliberately Orchestrated’ The Killings to Incite Violence against Christians -SOKAPU,
Next Post Lagos, the Centre of Excellence, has been held captive and brazenly been manipulated – Comrade Mark Adebayo