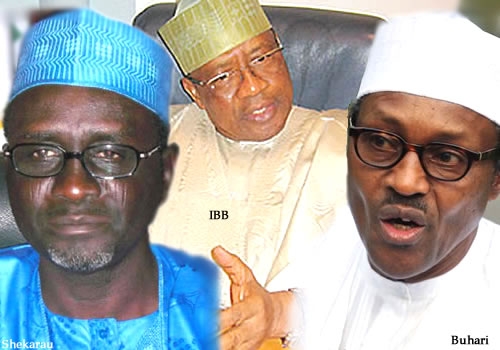 Indications that the fight against the dreaded Boko Haram is far from being won as the sect leader,  Abubakar Shekau, yesterday in a new video threatened to kill more prominent Nigerians.

This is coming barely a month after a respected cleric, Sheik Auwal Albani, was killed in Zaria.

Shekau, who was dressed in military combat attire, admitted that the sect killed Sheik Albani while his subordinates fired AK 47. He also vowed to go after one Sheik Yaya Jingir based in Plateau State along with many others because they are supporting democracy and are infidels.

The Boko Haram leader in the video distributed to select reporters also stated that the sect will commence  attacks in the Niger Delta region.

Shekau, in the video, stated that Boko Haram will soon spread all over Nigeria to form an empire and will kill whoever they find in school preaching western education.

Meanwhile, as both the Plateau State government and security agencies make efforts to curb the spate of killings in the state, gunmen, in the early hours of Thursday, killed 13 people in Barakin-Ladi Local Government Area of the state.

On Tuesday, five people in Jos South Local Government Area of the state were waylaid while returning from a market and killed by gunmen, who after the dastardly act, moved to another location within the council area to wreck similar havoc.

Nigerian Tribune learnt that the gunmen, suspected to be Fulani herdsmen, swooped on Rapyem village in Fan District of Barakin Ladi local Government in the early hours of Thursday and carried out what an eye witness described as selective killing.

The eye witness told Nigerian Tribune that the gunmen, who arrived the village at about 1.00 a.m., shot their victims who were in bed at close range and axed them to death before leaving the community.

The Interim Administrator of Barkin Ladi Local Government Area, Mr Habila Dung, who confirmed the attack, described it as a barbaric act.

Mr Dung said the assailants sneaked into the village at about 1.00 a.m. when the villagers had gone to bed, adding that 13 people were killed in the night raid among whom were  nine children, two women and two men while five others were injured.