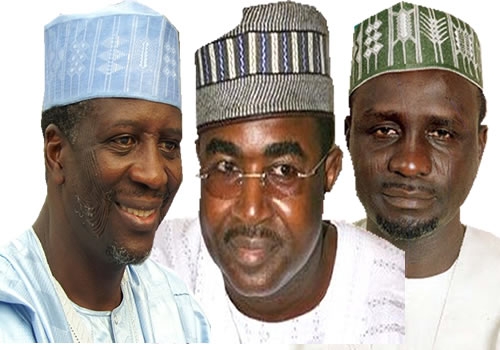 Progressives Congress (APC), to be known as New APC (nAPC), will soon be launched across the country, the Kwara State chapter of the party has said.

The party, in a statement on Tuesday, declared that like minds in APC in different states of the federation had concluded plan to launch the  New APC, to safeguard the ship of the party from sinking.

A statement by the interim state chairman of the party in Kwara State, Reverend Bunmi Olusona, indicated that leaders of the party, including General Mohammed Buba Marwa, Attahiru Bafarawa, Ibrahim Shekarau and Mohammed Dele Belgore, were working to prevent imminent implosion in the party.

Proponents of the faction, however, pleaded with their members in Kwara not to be in a hurry to leave the party.

It stated its plan to launch the New APC would surely bring succour to the members.

“We also warn our members not to participate in any membership registration exercise organised and supervised by Governor Abdulfatah Ahmed-led government or agent like Alhaji Lai Mohammed,” the statement read.

It rejected plans by party leaders to cede structures of the party in the states to new entrants, adding that a number of party members were asking the question about the bastardisation of the progressive ideology of the party.

Meanwhile, as the interim National Executive Committee (NEC) of APC meets in Abuja tomorrow over the crisis rocking the party, ranking members contesting party structures in their respective states with sitting governors that defected from PDP may be considered for outright expulsion.

Shekarau, Bafarawa, Marwa and Belgore were the likely heavyweight casualties.

The national leadership of APC said it recognised the defected governors as leaders of the party in their states, a development that the old members of the party had been contesting.

Several peace and reconciliation meetings called by the party leaderships at different levels had failed to resolve the crisis-of-confidence.

It was learnt that the move by the aggrieved leaders to polarise the party by launching a faction to be known as New APC had prompted the national leaders to tackle the growing dissent once and for all, by expelling the disgruntled leaders at its NEC meeting tomorrow.

A senior member of the party told the Nigerian Tribune that the national leadership of the party had hints of the planned polarisation of the party by the disgruntled leaders, long before the plan came into public knowledge and had been preparing for the day they would come into the open with their plan.

Accusing those behind the nAPC as being driven by inordinate ambition, the source disclosed that their plan was to balkanise the party before moving out with their supporters to PDP.
When contacted, APC spokesperson, Lai Mohammed, said the party would rather wait for the move before commenting.

Shekarau, however, said the G5 governors that defected from PDP to APC could not be automatic leaders of the party in their respective states.

This was as he challenged anyone to come forward with any written agreement that conferred leadership on the governors.

On a Federal Radio Corporation of Nigeria  (FRCN) Kaduna Hausa programme, Hanu da yawa, monitored  on Tuesday, he insisted that  there was nothing like “agreement” with the governors to make them chairmen/leaders of the party in their states.

According to him, there was no meeting where such discussion was reached, while he challenged Honourable Bello Masari to tell the time, date and at what meeting the agreement was reached.

Spread the loveOf all the updates that have been given END_OF_DOCUMENT_TOKEN_TO_BE_REPLACED