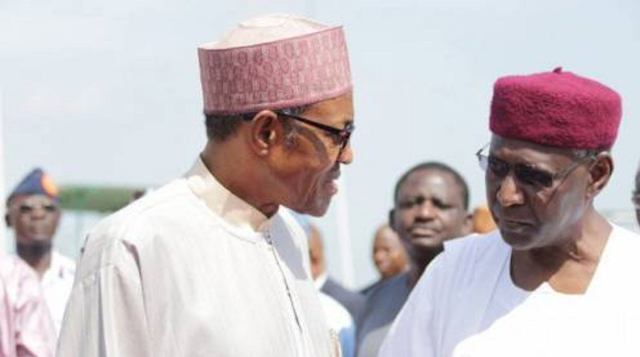 “President Goodluck Jonathan had set the scheme up and the idea was to build a strong team of brilliant Nigerians who will come back to serve the country years later.

“There were a little above one thousand of us who took the examination at CHAMS, Abuja. At the time, I was already lecturing in UNN, so most of my friends (who were also my colleagues) enrolled, 16 of us in total. It was a computer-based test, so we knew our fate instantly. I scored 94% in the exam. In fact, 15 of us from UNN scored between 80 and 97%.

“We came out of the exam hall completely joyous. We were so sure we had got the scholarship. And we were right. Sometime in February 2015, the list of 101 successful shortlisted candidates was published in the national dailies. 15 of us were on that list. I had applied to Princeton University, Imperial College London and University of Toronto already. That phase of our lives was glorious.

“Fast-forward to March 2015. Goodluck lost the election to Mr. Buhari. That was where things started to take a new turn. Shortly after Mr Buhari was sworn in, he recalled the list and complained that there was no single northerner on it. He believed it was an agenda of the South. Right before our eyes, meritocracy was short-changed for federal character. It was first like a joke, but we all lost that huge scholarship. It was worth about $250,000 per person (tuition and living expenses inclusive across 5 years).

“Before then, I had little faith in the country but when this happened, I became weary of the country. Thankfully, later that year, I got a full scholarship from University of Toronto for my master’s and PhD (6 years in total). Of those other 14 friends of mine, 13 of them have also moved since then – US, Canada, UK, New Zealand, Japan and the rest. Obviously, we moved on, but truth is, the life we have now was afforded to us by the government of another country, many of which will seduce you with permanent residency and citizenship afterwards.

“Any nation that shortchanges merit for anything else will fall. Nigeria has the brightest people, yet, we are where we are.”

Topics: Presidential Special Scholarship
Previous Post Try bandits, kidnappers and carriers of unlawful weapons – Obasanjo, Sheikh Gumi
Next Post A WARNING TO GOVERNOR GANDUJE AND THOSE THAT THINK LIKE HIM- FFK