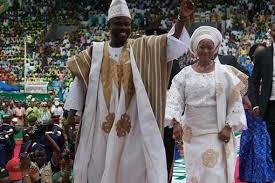 A 60th BIRTHDAY SALUTE TO

Every time, in a world gone awry, that God conserves and absolves humanity from its many transgressions in His mercies, says religious tradition, He does so because unbeknownst to the society, 10 individuals in the society had been responsible for the

relief. In the case of Ogun State of Nigeria, one of such 10 individuals is His Excellency, Sen. Ibikunle Amosun, CON, FCA, Executive Governor of Ogun State who attains the veritable age of sixty. Out of genuine love, Gov. Amosun has indeed rescued Ogun State! Driven into power on the crest of a popular demand by the people of the State for its redemption from a sequence of unpredictable events and uncertainties that saw the Speaker Egbetokun-led House of Assembly conduct matters of State everywhere but the floor of the House of Assembly, and a Gbenga Daniel-led executive that was thrashing itself all over the State, Sen. Ibikunle Amosun has, indeed, delivered for Ogun State. And such is his impact for this to be proclaimed as providential. 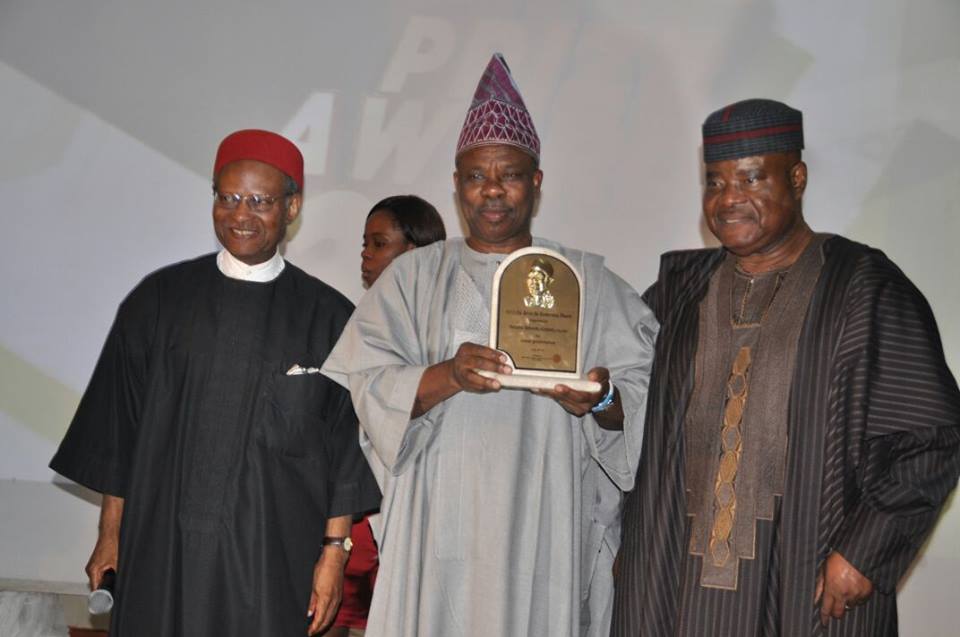 Upon his assumption into office, this political maverick   and maestro, unassuming and without guile, set out to   restore the confidence of Ogun Staters and the country   in  their political institutions and purposes in a way that   provided and continues to provide strategic orientation for the State. Quietly and   determinedly, he went about conducting and effecting his duty as a leader, not as a   performer playing to the choir or gallery.

As he celebrates the diamond anniversary of his birthday, it is important that we   celebrate him as the “DIAMOND” of  Ogun State; for displaying and upholding those   highly cherished values and virtues of the State; honesty, sincerity, purpose, serenity,   focus and integrity.

Governor Amosun has turned the absence of glibness and his artless decency into political assets that has endeared him to other leaders within the State and throughout the country.

His prudence and common sense along with his dignity and wisdom has ensured cooperation among many stakeholders in the State in a way that has transformed Ogun State into one of the premier economic giants and industrial democracies of Nigeria. His administration has persisted in conducting negotiations with the principal actors within the State over many issues confronting it.

Gov. Amosun’s concern for humane and ethical values is consuming and lies at the   heart of his desire to ensure continuity of administration, policy and focus in the   State when he leaves office.

Historians, no doubt and no question, will engage themselves in debates for a long   time over his accomplishments and victories, not many however, and posterity will   dispute the fact that the peace in Ogun State today could not have been achieved   had Sen. Ibikunle Amosun not emerged at a tragic period of its existence to restore   equilibrium, sense and sensibility and confidence to the State.

In all of these, His Excellency was supported by his beloved wife, Olufunso, and the children. He was a devoted family man.

We are sure, Governor, that you will leave the Office with no regrets, no second-guessing, and no obsessive pursuit of your place in history, for, by the grace of God, it is assured.

As your friends, you will be leaving us a throbbing void, but we will be assured that having known you will be our badges of honour for ever. We continue to aver that Gov. Ibikunle Amosun did his best always and that his best renewed Ogun State and helped restore hope to a befuddled people in their highest time of need.

LONG MAY YOU LIVE.

Spread the loveBuhari’ government through the ministry of finance took END_OF_DOCUMENT_TOKEN_TO_BE_REPLACED

Previous Post Town Trap is not for Rat Alone! By Elder Siahyonkron Nyanseor
Next Post THE WAY OUT: A CLARION CALL FOR COALITION FOR NIGERIA MOVEMENT Special Press Statement By President Olusegun Obasanjo