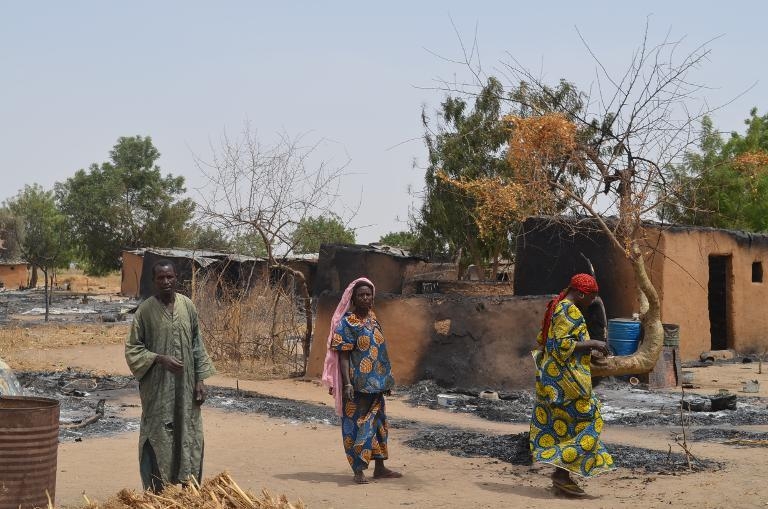 Maiduguri (Nigeria) (AFP) – A Nigerian school principal on Thursday denied military reports that most of the girls kidnapped by Islamist gunmen were now safe, as parents continued a desperate search for more than 100 children still held captive.

A defence ministry spokesman, Chris Olukolade, claimed on Wednesday that all but eight of the 129 girls kidnapped from the Government Girls Secondary School in Chibok area of Borno state earlier in the week were now safe, citing the school's principal.

But the same principal refuted the claim on Thursday.

"The report from the military is not true," Asabe Kwambura told AFP in Lagos.

She said the information provided by Borno's governor Kashim Shettima on Wednesday that only 14 girls had escaped their captors was "correct".

Later Thursday, Borno's education commissioner also confirmed that only a handful escaped, although he said the number of those who have fled to safety now stood at 20.

"We have recovered about 20 girls now and they are with us. After they escaped, the girls went to village heads who live close to where they found themselves and the local leaders brought them to us," said Mallam Inuwa Kubo.

The mass kidnap on Monday sparked global outrage and came just hours after the deadliest attack to hit capital Abuja, where a bomb blast also blamed on Boko Haram killed at least 75 people. 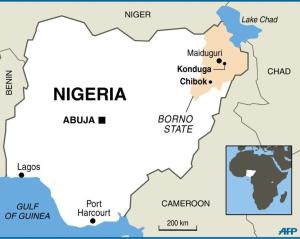 Map locating Chibok in northeast Nigeria's Borno State, site of the abductions of over 100 schoo …

Parents of the missing girls swarmed the home of Chibok's tribal chief early on Thursday, demanding answers after the military claimed the girls were free, residents said.

Others decided to scour the remote area in a desperate search for girls who may have escaped.

"Some of our parents are even combing the bush," Kwambura said, adding that families had pooled money to buy fuel for motorcycles and other vehicles to help with the search.

Boko Haram's name loosely translates as "Western education is forbidden" and the group has repeatedly attacked schools and universities.

Students have been massacred in their dormitories and bombs set off at university campuses, but the mass abduction specifically targeting girls is unprecedented. 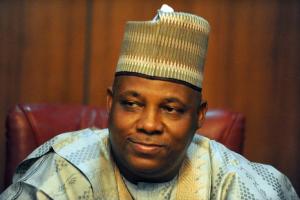 "For the military (which) is supposed to find and rescue our children to be spreading such lies shows that they have no intention of rescuing our girls," said Lawan Zanna, a Chibok resident whose daughter was among those taken.

"It is the highest form of insult," he added.

"The feeling that the military was in pursuit of the kidnappers kept hope alive among parents," said another resident, speaking on condition of anonymity.

The dubious report that most of the children were now safe "has shattered that hope", he said.

Borno's governor has offered a 50 million naira ($300,000, 216,000 euro) reward to anyone with information leading to the return of the schoolgirls. 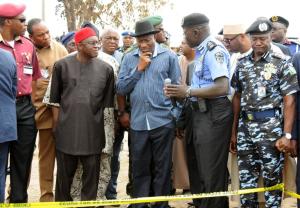 They killed two guards, then forced their way inside, herding the girls on to trucks before driving away.

Three of the girls who escaped said they were taken to the Sambisa Forest part of Borno, an area where Boko Haram is known to have well-fortified camps.

The school attack and Monday's bombing at a packed bus station on the outskirts of Abuja have underscored the serious threat the Islamists pose to Africa's most populous country and top economy.

President Goodluck Jonathan met with security chiefs on Thursday to review the unrest.

In a rare move, he also invited all of Nigeria's 36 state governments to join a second crisis meeting following the security council talks.

But it is not clear what short-term options to stem the violence are available to the president, who has faced mounting criticism over the continuing bloodshed.

His government has announced a new "soft power" approach aimed at resolving the social issues fuelling the insurgency, notably crippling poverty in the northeast.

But that strategy will take time, if it is to be implemented at all.

The conflict has cost more than 1,500 lives already this year, the deadliest stretch in the five-year uprising.

"In Islam, women and children are spared during war," said a visibly shaken Shettima.

Spread the loveBuhari’ government through the ministry of finance took END_OF_DOCUMENT_TOKEN_TO_BE_REPLACED

Previous Post Kidnapped Nigeria girls taken to Islamist stronghold
Next Post Parents give up on abducted school girls, Nigerian soldiers not in sight