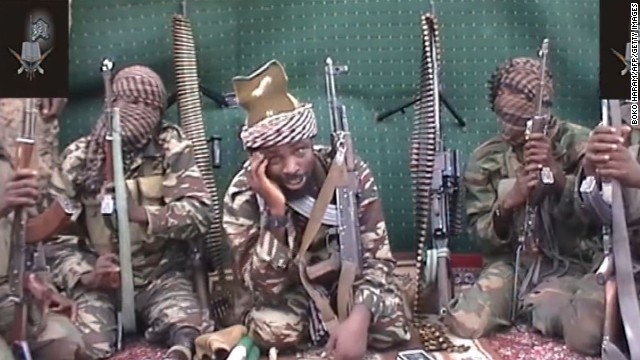 The wife of Cameroon's vice prime minister, Amadou Ali, has been kidnapped and at least three other people have been killed in an attack by Boko Haram fighters on Ali's home in the northern town of Kolofata, officials have said.

A local religious leader and mayor, Seini Boukar Lamine, was also kidnapped in a separate attack on his home.

The Cameroonian military confirms that f the Nigerian militant group Boko Haram have abducted the wife of the country's deputy prime minister in the northern Cameroonian town of Kolofata.

A local religious leader and mayor was also abducted from the same town.

Boko Haram has stepped up cross-border attacks into Cameroon in recent weeks, as the army was deployed to the region.

Militants have kidnapped foreign nationals in northern Cameroon before, including a French family and Chinese workers.

The wife of Deputy Prime Minister Amadou Ali and her maid were taken in "a savage attack" on his home by Boko Haram militants on Sunday, Information Minister Issa Tchiroma said.

But Mr Ali, who was breaking his fast for the Islamic holy month of Ramadan at the time of the attack, managed to escape to a neighbouring town, regional commander Col Feliz Nji Formekong told the Reuters news agency. 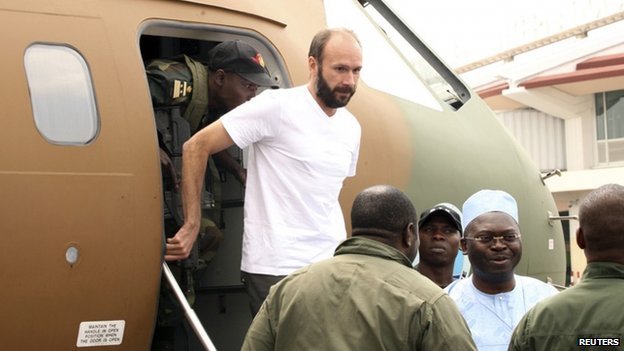 "The situation is very critical here now, and as I am talking to you, the Boko Haram elements are still in Kolofata town in a clash with our soldiers," he added.

A local politician and his family were also abducted in a separate attack.

Meanwhile, Nigerian police say five people were killed when a bomb was thrown at worshippers as they were leaving a church in Nigeria's main northern city of Kano on Sunday.

A young female suicide bomber also wounded five police officers as she rushed towards them and blew herself up in a separate incident, they add.

Eid festivities in Kano to mark the end of Ramadan next week have been cancelled as a result of the two incidents, officials told the AFP news agency.

The group has attacked Cameroon three times in as many days in the past week, killing at least four soldiers, Reuters reports. 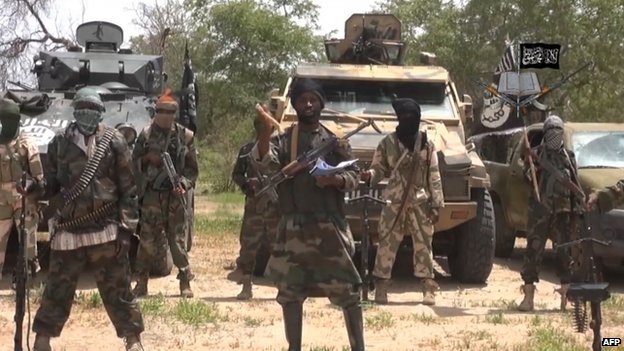 On Friday, more than 20 members of the militant group were jailed in Cameroon on charges of possessing illegal firearms and plotting an insurrection.

The armed group is seeking to establish an Islamist state in Nigeria.

Efforts to step up regional co-operation gained momentum after Boko Haram caused an international outcry by abducting more than 200 girls from a boarding school in north-eastern Nigeria.

The girls are thought to be held in the vast Sambisa forest, along Nigeria's border with Cameroon.

Many Nigerian civilians in border towns have fled to Cameroon to escape from the Boko Haram attacks.

Spread the love
Oye Gureje: A Scholar As A Rhotacist, By Remi OyeyemiSpread END_OF_DOCUMENT_TOKEN_TO_BE_REPLACED
Previous Post Ogbeni debates Ogbeni because Arakunrin Omisore chickens out. Fayose concedes Osun Election on behalf of PDP
Next Post UPDATED: What You Need To Know About Ebola.