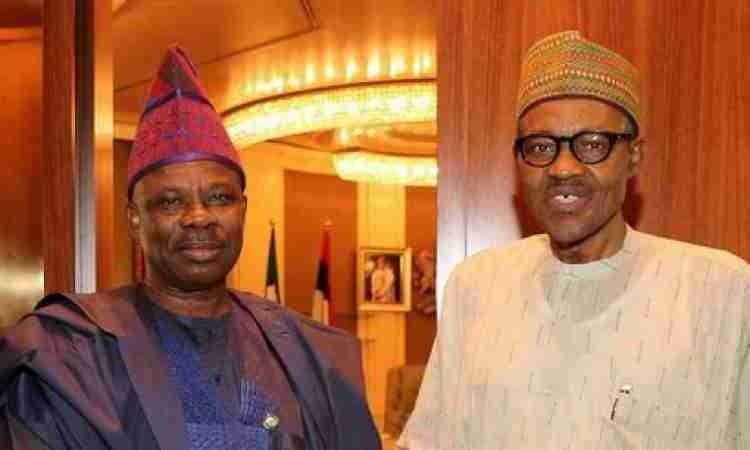 “I will continue to show openly and inside me the total commitment to the Sharia movement that is sweeping all over Nigeria God willing, we will not stop the agitation for the total implementation of the Sharia in the country.”

"We have had very serious problems with Christians who are being murdered in Nigeria," , "We are going to be working on that problem very, very hard because we cannot allow that to happen."

It was Errol Flynn that said, “it isn't what they say about you, it's what they whisper,” that matter. People say it loud and clear that Buhari is not corrupt in the open but when they whisper, the question they ask one another is, what does he know about Boko Haram? That is the million-naira question about this festering cancer in Nigeria’s national existence.

The truth about Boko Haram has never been told until now. Buhari has now been exposed as the grandfather of Boko Haram. He inspired, encouraged and empowered them in their plan to overrun the entire Nigeria.

Unfortunately, Nigerian peoples are yet to understand and recognize the real Boko Haram. The real Boko Haram lives with us, breathes God-given air with us, eat with us before pretending to be cattle-rearing nomads with AK47s. The fact that they have killed so many Christians, across the country, without a single word from Buhari, is, to say the least, disturbing. I offer the challenge to President Buhari to come out and say he does not know anything about the real Boko Haram.

Buhari has never showed any interest, even as a military veteran, in politics until one Fulani was killed in Ibadan. We have living witnesses who can corroborate this event. It was an incident between two citizens of the geographical expression called Nigeria, one of whom happened to be a Fulani. President Buhari came out of his hole in Katsina for a protest visit in Ibadan. Since he came to fight for his Fulani brother, the Fulani’s, from that date, made up their minds to get their pound of flesh back and preferred him to no other northerner.

How not to fight Boko Haram

Buhari, the perennial contestant and the Kare jinni BiriJini comment

After the Ibadan visit, Buhari started putting and pulling resources together and thereafter threw his hat into the rings of Nigerian politics.  He was so rusty on many issues, especially international issues, that people started asking if he ever was once a military Head of State.

Three times he offered himself, three times he was accepted by his Boko Haram family but was rejected by the rest of the populace. He became very frustrated and, in an attempt, to excite his base, he said “the dog and baboon will be soaked in blood” if the 2015 presidential election was rigged.

The comment excited his base and Boko Haram started their attacks in a bigger way to make Jonathan look bad and their father, Buhari look good. He also decided to begin relating openly with corrupt politicians. The rest is history as stolen money paved the way for his first success at the polls.

Inspite of the fact that he used the resources stolen by the southern politicians for his ascendancy, he did not mince actions in rewarding his Muslim brothers with the first five juicy appointments of his presidency. The leopard never changes its spots.

Getting their pounds of flesh back

As soon as Buhari took over the presidency, the killing in the southwest and Christian dominated areas of Nigeria continue unabated.  On April 24, 2017, Fulani herdsmen entered a church in Benue and killed many people. In 2017 alone, attacks by these herdsmen on local farmers resulted in about 549 deaths and thousands of innocent Nigerians were displaced across Christian dominated population of Enugu, Benue, Taraba, Zamfara, Kaduna, Plateau, Nasarawa, Ogun,  Niger, Plateau, Cross Rivers, Adamawa, Katsina, Delta and Ekiti states.

According to global terrorist index, Nigeria has the highest number of deaths if variable of war is deleted from equation. I will like to share with readers graphics of some of these killings.

Kindly ask Buhari why 2014 was the deadliest. Buhari is yet to come out to label these Fulani herdsmen terrorists and he has been treating the Boko Haram with kids gloves.

But for Obasanjo , Tinubu and Buhari will be running Nigeria today.

The  Ebora told them openly that the kite of two Muslims will not fly in Nigeria. On the basis of this, they changed their plans. Today, they are working to ensure that they convert all the governors in South West to Islam or drop any candidate who is not ready to don the toga of Islam. Sen. Ibikunle Amosun, dropped Chief Tolu Odebiyi because Tolu will not sell his soul for a bow of portage. Sanwo Olu, in Lagos State, has taken up an Islamic name. The APC gubernatorial candidate in Oyo is telling anyone that has ear to hear that he is a Muslim. It is common knowledge that Ogbeni Aregbe will never handover the reigns of governance to a Christian. Ekiti is the only state left standing because of their pedigree. You will also recall that the former Ekiti Governor raised and armed his own militia men to counter Buhari’ militia. The agenda to keep killing the Christians in the South and middlebelt  was launched a few years ago. Remember the Ibadan visit

Buhari wants to win re-election at all cost to sing the song of Simeon “Nunc dimittis servum tuum, Domine, secundum verbum tuum, in pace.” Apart from the bloodshed, Buhari would not have achieved much as his Muslim kleptomaniac brother in Minna has already registered us through the back door as a member of Organization of Islamic countries.

Let me sign off with a message from Senator Shehu Sani to President Buhari. “Enough blood has been spilled by herdsmen to stain the Rivers of Niger and Benue. Mr

President, there are vultures flying over the heads, the villages and communities of our people.”

The senator argued that no government policy or programme is more important than saving and protecting human lives. He urged the government tostop protecting, pampering, paying, politicizing and prevaricating on the herdsmen issue.

Let the world know that the Ibadan visit, was the genesis of Boko Haram. Enough facts have been revealed now. The war on Christians has just started and the terrorists will get bolder on Buhari’s re-election. Mr. President, be aware that an appeaser is one who feeds a crocodile, hoping it will eat him last. As you wrongly diagnosed, Mr. President , this is not Sharia; this is bare-faced terrorism.

Side note with third party links

In order for President  Buhari to cover the tracks of his Fulani Brothers, he is calling for the ban of Amnesty International through his military. Here is the BBC link for more details

Buhari’ government through the ministry of finance took to twitter END_OF_DOCUMENT_TOKEN_TO_BE_REPLACED

Previous Post Liberians in the Diaspora: Are They Final Frontier of Hope for Liberia’s Economic Development? By Edmund Zar-Zar Bargblor
Next Post NIGERIA IS BOTH A KLEPTOCRACY AND A KAKISTOCRACY

Education has a great social importance especially in the modern, END_OF_DOCUMENT_TOKEN_TO_BE_REPLACED

Tribute to One of Christian Brothers’ Great Educators, Gbarnga END_OF_DOCUMENT_TOKEN_TO_BE_REPLACED