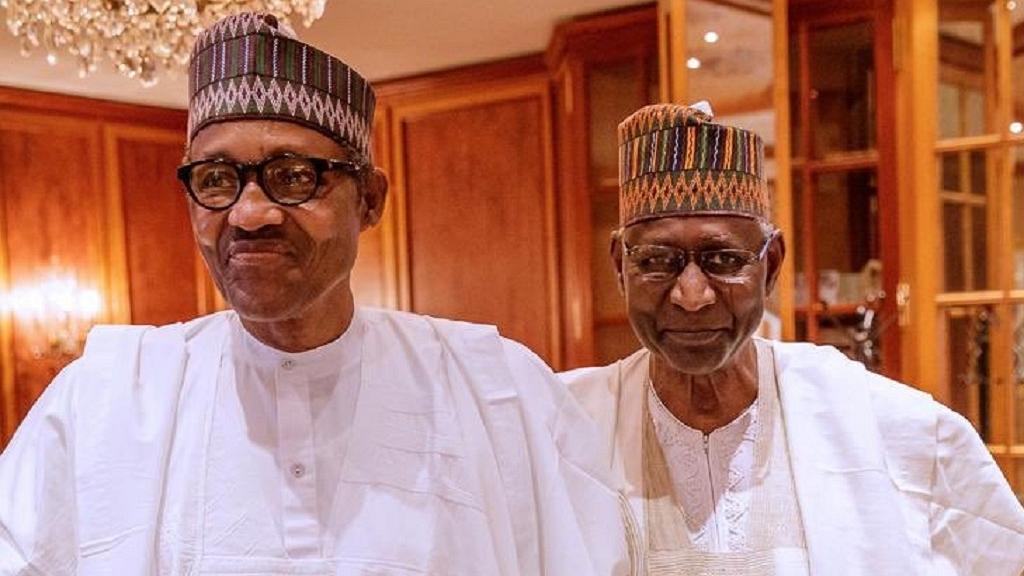 But if peace be not larded with prosperity, ’tis not worth the praying for: for as prosperity without peace is but an uncertain felicity, so peace without prosperity is but secure misery- Paul Gosnold

Kleptocracy means a government by thieves, and autocracy means government by one person. Both of those terms are applicable to Nigeria’s case today. Nigeria’s kleptocracy is painted with shady cronyistic deals, nepotistic looting, and daylight armed and unarmed economic and other forms of financial robberies by people in the corridors of power. The stealing, thieving and looting had been on for several administrations, but Buhari has taken the stealing and nepotism to another level. It is called nepotistic looting.

The current administration of Buhari is the most corrupt in the history of Nigeria. It is not only corrupt but also totally bankrupt of ideas. Personnel is policy. This government is not only bereft of ideas but also bankrupt of able and  intelligent men and women to play different roles. The captain of the ship is psychologically disabled to the point that he does not know nor feel what is going on in the country. He surrounds himself with those who know next to nothing about how to run a government. As long as you are Fulani on your resume, you can join the inner circle and join the looting. Buhari is  not just a religious bigot and incurably nepotistic but also a thieving president.

Nepotism and religious bigotry are two essential pieces of baggage mankind carries as it moves from one century to the next. The baggage of nepotism and religious bigotry has overloaded the circuit of Buhari’s Government causing the circuit breaker to trip, shutting off the power to the entire circuit. Buhari’ Government  is working  with circuit breaker of reason and  progress turned off.  Anyone that matters in this government is either a Fulani or Muslim. Buhari loathness for Christians dated back to 1983 when he ran Nigeria on Muslim Muslim ticket like a slave camp.

What is corruption? People often misuse this word or myopically look at its meanings. According to Ijewere, corruption is the misuse of entrusted power or a dishonest use of one’s office or position for personal gain. It is a cancerous global phenomenon, which has continued to cripple the developmental efforts of Nigeria and many other countries. Corruption in Nigeria manifests in the form of misappropriation, kickback, over invoicing, bribery, embezzlement, tribalism, nepotism, money laundering, outright looting of the treasuring, and so on. I can not, in all honesty, accuse Buhari of kickback, over invoicing and bribery. However, Buhari is a tribalist, nepotist and money launderer which leads to outright looting of the treasury through different conduits. Buhari’s level of nepotism is so bad that his fellow Fulanis are telling him to slow down. Col. Umar recently said Buhari’s nepotism is pushing Nigeria to the brink. Remember the five hundred million naira bribe from MTN to former Chief of Staff, Abba Kyari to help it slash the $5 billion dollar fine slammed against it for violation of Nigeria’s telecommunications regulations bothering on national security. MTN fired the employee involved but Buhari did nothing to Abba Kyari. Buhari was putting people in jail left and right in 1984 but 53 suit cases were 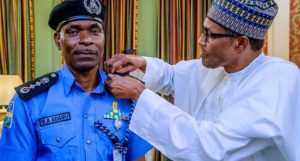 ferried through our border before our own eyes.

Take a look at his relatives in Government

As much as Buhari practices nepotism, cronyism and favoritism, you have to be a Muslim and be of Fulani Heritage to qualify for his largesse of looting. He even extended the service years of  Abdulkarim Dauda by many years because there is no other Nigerian who can do his job. Dauda would have spent a total of 39 years in service when he is up for retirement, a privilege usually reserved for Inspectors-General of Police.

Buhari has an agenda to Islamize Nigeria by all means. When Ruga failed, he re-introduced the dead waters resources bill. He is doing all this to appropriate lands for his Fulani Brothers in any part of Nigeria. They will use these locations to store arms and ammunition and eventually overrun Nigeria. Until the emergence of Buhari, the Fulanis that we grew up with were the stick wielding ones. The Fulanis that roam Nigeria today and emboldened by words, body language and weapons from the government of Buhari carry AK47s have other agenda. These are not husbandry Fulanis, these are taking surveys for the final onslaught. The new herdsmen have  never hidden the fact that Nigeria is being run like Eric Arthur Blair’s animal farms.. 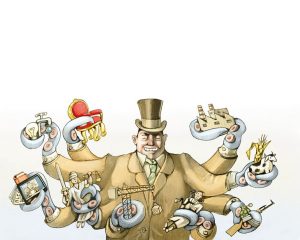 Given these damning brief exposes, what gives anyone the impression that Nigeria is currently practicing democracy? Rather, the reports paint the existence of a picture perfect kleptocracy. Buhari is a man devoid of any moral authority and is especially and actually a bad example of a politician. By the way, they are stealing a lot of things much more precious than money and vital national resources. In their various offices, they are thieving and stealing the nation’s hopes, its spirit, and its belief in other Nigerians. They are stealing the pride of the hard-working, honest and tax-paying citizens. Worst of all, they are stealing the country’s hope and belief in democracy and the future of our children and of our country. It is time for them to go somewhere and not be heard from again; Buhari will end up in jail like Bashir of Sudan. Buhari has stolen the hopes of the youths in the country. Buhari has a reservation in the pits of hell.

Vagabonds, thieves, hooligans, scoundrels, rascals and the like have always been in politics and at the controls in the corridors of power but not at the level the we experience today. Also, and readily available are the inept, incompetent, the mentally deranged in various shapes; amateurs and professionals. However, these days, the criminality of the political actors and leaders has reached new heretofore unknown levels not to talk of the impunity that accompany such despicable conduct. For Nigeria, it is a double dose of poison especially at this time of rapid globalization, technology and the complexity that both poses for national development.

This is no longer about corruption, such as when an official gets a bribe for a materials procurement deal, award of a lucrative construction contract to a friend etc. Kleptocracies are noted for criminal conduct that is prevalent, collective, systemic, strategic, all-inclusive, and permanent in which complicit officials deliberately work to enrich themselves and their cronies, and then use their illicit gotten wealth to perpetuate themselves in power. The people’s needs are secondary and only visited when they are at the service of their primary goal: to fatten their fortunes while making sure they stay in power.

The case of the ineptitude in the exercise of power, and therefore governance, is something unique. Nigeria qualifies as a kakistocracy (literarily, governments by the worst (Buhari)) because of its weak and disorganized political systems that prohibit talented Nigerians from aspiring to offices but encourages and attract the inept, the worst and most debased elements. In Nigeria, it is a case of kleptocrats working hand in glove with kakistocrats. Together, and this is no coincidence, they feed fat on each other. “Like all good illusionists,” a writer avers, “the kleptocrats know how to distract us from looking at their misdeeds and the kakistocrats know how to distract us from their ineptitude. They do it by talking to us about ideology and attacking those of their rivals. While we watch and play our part in these ideological circuses, they steal and tinker with government policies they don’t really understand.” 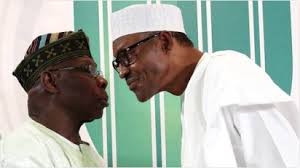 A very close examination of Nigerian governments will reveal vast, sophisticated, complex and permanent networks of corruption that has been on for years and which involves hundreds of powerful politicians, governors, and businessmen not only in Nigeria but throughout the world. One of the fundamental pillars of Nigerian administrations, past and present, is a small but powerful coterie [cabal is the most favored word] of oligarchs: former military generals, state governors, secret intelligence agents of the State Security, and their cronies who run huge companies that work hand in hand with the Nigerian governments and wallow in billions of ill-gotten financial gains. Recently we saw huge money transfer direct from Internal revenue account to Buhari’ right hand man. We have seen the thug of Ogun state called Amosun transfer money to Buhari’ personal account. I challenge Buhari to declare his asset..

So, it is obvious to all what kakistocrats [and their brother kleptocrats], in self-righteous sanctimony do to their motherland;

they fetch fire from heaven to set their country in combustion;

they use Religion to raise and maintain a most wicked rebellion;

they rip up the womb of the mother that bare them, and wound the breasts that gave them milk;

they are cannibals who feed upon the flesh and are drunk with the blood of their own brethren;

they seek their private ends in the public disturbance, and have set the kingdom on fire to roast their own eggs, against those tempests of the State; and

they are stung with a perpetual itch of changing and innovating, transforming our old hierarchy into a new Presbytery, and this again into a newer Independency; and our well-tempered Monarchy into a mad kind of Kakistocracy.

First they came …” is the poetic form of a post-war confessional prose by the German Lutheran pastor Martin Niemöller (1892–1984). It is about the cowardice of German intellectuals and certain clergy—including, by his own admission, Niemöller himself—following the Nazis’ rise to power and subsequent incremental purging of their chosen targets, group after group. Many variations and adaptations in the spirit of the original have been published in the English language. It deals with themes of persecution, guilt, repentance, and personal responsibility.

First they came for the socialists, and I did not speak out—
Because I was not a socialist.

Then they came for the Jews, and I did not speak out—
Because I was not a Jew.

Then they came for me—and there was no one left to speak for me.

Buhari is coming. If not through, Ruga, Water resources bill, or Herdsmen, he will come through Lt Gen Tukur Yusuf Buratai. 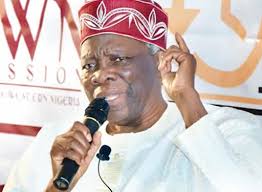 Finally, it is instructive to note that in order for Kleptocracy, Kakistocracy, Religious Bigotry and Nepotistic looting to continue some people must be made subjective to the authority of the looters. The killing has to continue. We are experiencing a replica of what transpired  in central African Republics until the Christians said ‘enough is enough’.  If you have read the recent pronouncement by Professor Banji Akintoye, you will know we are approaching the turning point. Preparations are in top gear. Please join us as we liberate ourselves .

ULAA Puts All of Its Eggs in One Basket , a Visit From My Archive: By Eminent Siahyonkron J. K. Nyanseor, Sr.

Spread the loveNOTE: It has been eight years (April 15, 2014) since this article was published in theperspective.org. However,