Zogo is Us By: Ansu O. Dualu 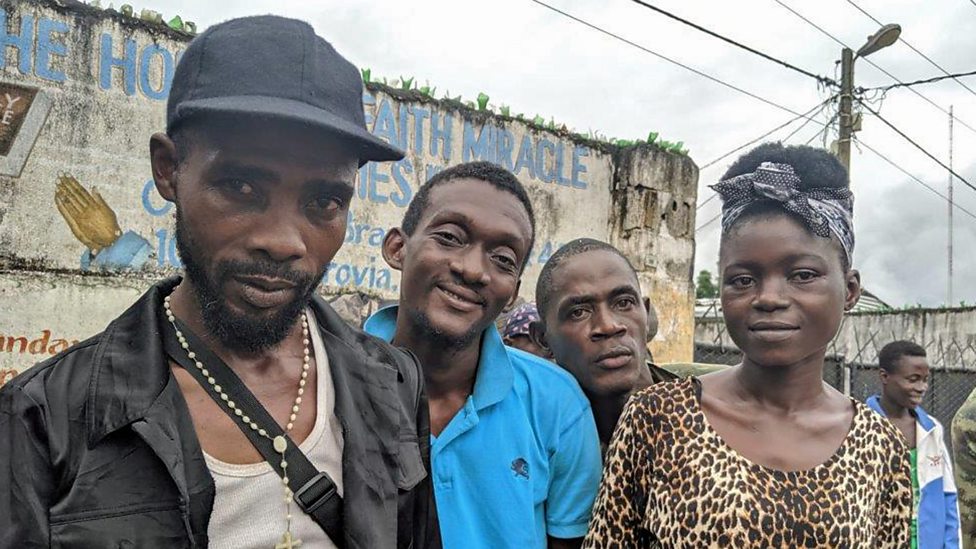 Zogo is Us: It is Sunday morning, Liberia’s exploited and forgotten young people are crawling out of hollowed out graves from cemeteries scattered all over this shantytown of a city called Monrovia. They stretch and yawn, rubbing their eyes like zombies coming back to life and preparing for their usual biddings. These street hustlers have added to their filthy body odor because they have become allergic to soap and water and are once again ready to mingle with the general public by snatching purses and cell phones, panhandling, prostituting, using profanities that will make a sailor salute in admiration of his superiors in the art, stopping the flow of traffic in this already confused concoction of disorder that is the capital city of Liberia. Zogoes rule this city; from the Executive Mansion surrounded by open sewers to the beaches in West Point where open defecation is a religion! The exploited are everywhere yet they are barely noticed by future zogoes attired in cheap, polyester suits paid for with stolen government money! The “hustle” has begun. 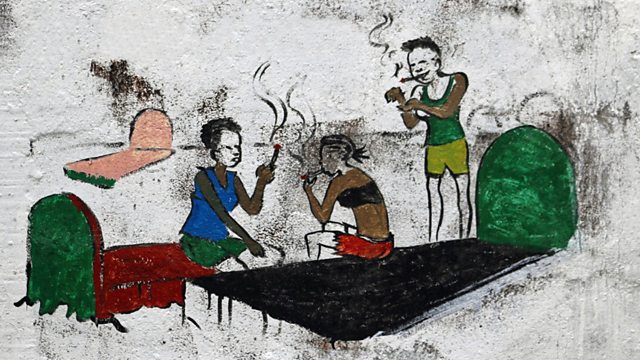 Zogoes have got to eat too. They demand money from largely unemployed pedestrians and insult you when you refuse to give it to them. They terrorize the city with their crimes – even the national security forces are afraid of them! At night, these daytime purse-snatchers turn into armed robbers, roaming the city unchallenged! Regular citizens across the city are forced to barricade themselves behind prison-styled iron bars to feel a sense of security. There are almost no police at night – it feels like a purge where anybody who is walking at night in an unknown neighborhood could be taken for a robber and greeted with a barbaric form of mob justice – the remains of the murdered are thrown in the streets as a clear message from the neighborhood for strangers to stay away. The government does almost nothing to investigate these crimes!  It is not unusual to see bodies littered the streets of Monrovia on a regular basis. This has become so frequent that it is almost normal! 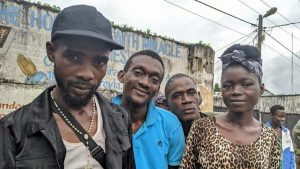 The one hundred and three future zogoes in the legislature care only about one thing: stealing! It won’t be too long before they’re waking up next to their counterparts (think former Justice Minister Jenkins Scott, countless former government officials who openly do drugs in Monrovia’s many ghettoes) in Palm Groves Cemetery as soon as their stolen government loots run out, and it runs out frequently. These senior zogoes refuse to realize that equal fate awaits them if they continue to not do their jobs of adequate oversight, responsible law-making, building government institutions for the protection of the people and keeping the country lawful. Most have no idea what governance is, and those who do take full advantage of the people’s gullibility and exploit them further without any consequences! This further exacerbates the “zogorization” of the country.

Under the Liberian arrangement, government is not instituted for the usual expectation of serving the people, building governmental systems and infrastructure to develop the country for the benefit of all but rather how the caretakers can use their privileged positions to amass ill-gotten loot to the detriment of the entire population! Unlike their rag-wearing counterparts who must beg and steal for sustenance, these clean clothes zogoes who run the country simply walk into the national treasury with duffle bags and take as much as they want; nobody questions them! This is the direct cause of the systemic breakdown that is so widespread in Liberia. The lack of infrastructure, the absence of governing institutions and the collapse of the family unit we see throughout the country are all a direct result of the looting of the treasury by vain men who have been charged with protecting that very treasury.

Consequently, there are real society penalties facing the country given how government has neglected its constitutional responsibilities, the issue of drugs and how it affects our at-risk population and society at large, chronic unemployment, uncontrolled corruption, the breakup of the family unit and the proliferation of churches headed by mostly hustling zogoes who use the opportunities to milk their congregants and enrich themselves. Our entire society has broken apart with diminishing morality; there is no direction, even the institutions that help shape our moral compass are headed by zogoes masquerading as pastors! The executive branch of government, on the other hand, sees the increased of zogo numbers as an opportunity to get guarantee votes because they can easily take advantage of their vulnerabilities! 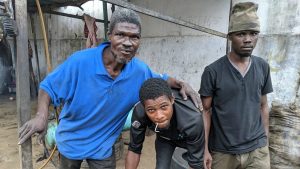 What these wicked and corrupt officials forget to realize is that their temporary benefit of zogo votes has long-lasting real world, economic, political and social consequences that are far-reaching and affects nearly everything in the country. Increased zogo presence diminishes local investments and by extension local taxes and opportunities; turn real investors away because this environment poses serious risks to their investments, it increases unemployment rates and the quality of life for the larger population; it forces your best and brightest – your producers – to migrate farther away thus further reducing the human capital of the country. The increased presence of uncontrolled zogoes robs a society of its value, its dreams and the opportunity for a viable future! The zogo problem is not just a community risk issue; it is a sovereignty risk issue; a national security risk issue – a health issue, a quality-of-life issue, but above all a national survival issue. Arguably, it is one of the singular issues that could destroy us all!

Moreover, there are reports that the people who are bringing the drugs in are the very officials charged with stopping the inflows of illicit drugs into the country. Other officials are turning a blind eye for kickbacks from drug importers! These officials are using mostly foreign connections and foreign agents under the protection of top-level officials to inundate our country with these drugs that are destroying Liberia’s future. The government is making near zero effects to fight back against drug-related crimes, increase zogorization, prostitution, etc. Less than $50K was allocated for the rehabilitation of almost hundred thousand affected Liberians across the country – a small sum of about 5% of this money goes directly toward real rehabilitation! These government criminals are protected by “Black Robe Zogoes” who flout the law and get paid bribes to maintain and expand this “Zogodom” that is Liberia!   One wonders whether the national government cares about such grave national security concerns.

Nearly every single person in the country is one mishap away from being labeled a zogo – look up some of your former legislators! They can barely feed themselves.  It does not matter whether you are educated or illiterate, has a marketable skill or not – there is near zero opportunity in the country nor is there a degree of urgency from the administrators to create opportunities or the enabling environment so these opportunities can be created. Sitting government officials see enterprising Liberians such as entrepreneurs and businesspeople as a threat; they do everything to strangulate them especially if they perceive these Liberians as a direct competitor to their unearned government positions!  These officials use chaos, targeted and extreme poverty, and the desperation of the people to control them and maintain their positions. The negative effects to the country do not bother these kleptocrats as long as they remain in their cushioned government positions! These self-destructive actions have made Liberia a dreamless country, a place on the bottom of almost every developmental indicator, a place of pity and despair – a promising Liberian cannot self-actualize here; he must move away to possibly see his dreams come to life! How can we ever build a viable society under these circumstances? 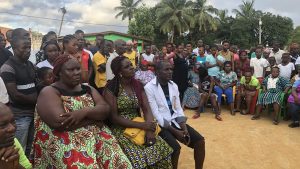 Despite all this, there is still hope. With the proper leadership (Google “A Guide to Picking Liberia’s Next President” to know exactly the kind of leader with the proper pedigree to change all of this), we can turn our country around in 20 years and begin to build a society we all can be proud of. Liberians must now ask ourselves this singular question: When are we going to be willing to vote for responsible leadership that can deliver and hold up the rule of law and not for those from your tribes, religion or connections? The time is now. Vote right or prepare to be totally zogorized!

Other articles by this Author

Topics: Zogo is Us
Previous Post Who Will Save Kwara? By Ebun-Olu Adegboruwa, SAN
Next Post “The Devil Made Me Do It!” By Elder Siahyonkron J. K. Nyanseor, Sr.

One commentOn Zogo is Us By: Ansu O. Dualu