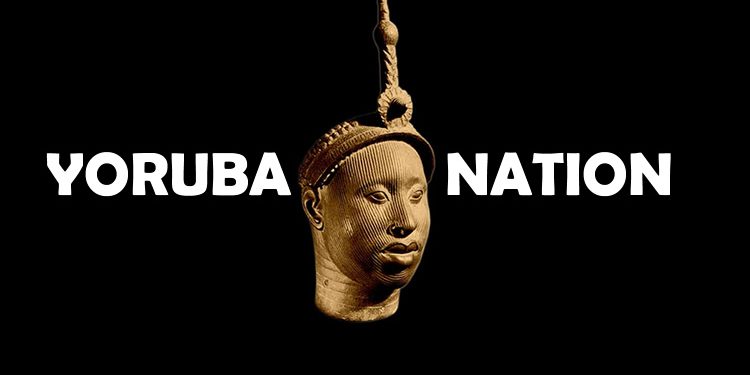 “To those old allies whose cultural and spiritual origins we share, we pledge the loyalty of faithful friends.”. — John F. Kennedy, Jan. 20, 1961

A couple of rehearsals have just been completed. As we have always known, power would concede nothing, especially predatory and corrupt power emblematic by the Fulani marauders and their backers, and their in-house traitors. We know that tyranny is already giddy and desperate. We have been proved right as earlier anticipated that the appurtenances of state force would be employed to murder, assassinate and disrupt. The signals have been properly decoded and understood. Nature is about to take its cause and course in the imminent defiance of oppression and tyranny.

It is a thing of beauty that our people are now more conscious than ever. They are more aware than ever. They are more alert than ever. Their lethargy has drastically receded and on its way to annihilation. Their docility is dissipating. Their conformity is cremating. Their obedience is discombobulated. Their romance with their own realities has become more intimate. Their existence has become threatened and they know that something had to be done. No more rubbing of hands in frustration. No more lackadaisical revulsion. Their encounters with their actualities is propelling them to counteractions.

They now seek the issues and extrapolate on them more than ever. They pay attention to all the tits and bits. All the slices and the snippets. All the scraps and the shreds. All the dabs and the dashes. All the parcels and the particles. Everything now interests them. They are more aware of the strengths and weaknesses of tyranny. They are watching and waiting as the struggle for freedom is about to begin. They have become active and aggrieved citizenry. Our Yorùbá people are angered. Now they want to be free. Their spirit of revulsion to tyranny has been revitalized. It was Chairman Mao who insisted that all revolutionaries may not be angry men (and women), but every angry man (or woman) advances the revolution.

As we march on to OÒDUÀ NATION, there would be no room for intellectual tyranny. We would not tolerate intellectual dishonesty. We will not incubate half-baked intellectuality. We would not be miseducated. We would refuse to be cajoled against the train of liberty. We would reject being misinformed about our freedom. We would defy the demonization of our anchors and stay steadfast. We would deride fake values that are antithetical to our being free. We would ignore cowardly sermons seeking our acquiescence with misery, poverty, need, want and tragedy.

We would encourage openness and free discussion of ideas. We would incinerate, after careful review, any subversive and antagonistic idea to the existential survival of Yorùbá Nation, the Yorùbá race and our heritage as expressed through our culture, traditions and cosmological interpretations. We would protect and preserve what is ours by all means. While we encourage civility in all ramifications, we would not be blackmailed into charlatanised patriotism.

We appreciate pride in our Yorùbá ways of life but detest vacuous arrogance based on half-knowledge packaged as substantive message. The s’eku s’eye crowd would be discomforted. They would be sought after and exposed. Candid and constructive dissention would be encouraged, fueled, fostered and allowed to fester. We will de-robe vacuous righteous indignation and confront audacious obnoxiousness. We would tackle subversive elements working against the realization of our dream Oòduà Nation, expose them to ridicule and give them the treatment that traitors deserve.

Adapting these lines of President John F. Kennedy of the United States from his inaugural address of January 20, 1961 – We dare not forget today that we are the heirs of that first revolution anchored by Oduduwa, reiterated by Obafemi Awolowo as encapsulated in AWOISM. Let the word go forth from this time and place, to friend and foe alike, that the torch has been passed to a new generation of Oduduwa children, revitalized by AWOISM, tempered by the tyranny of Fulani oligarchy, disciplined by a hard and bitter patience in the name of peace but determined to ensure its corollary in Justice, proud of our heritage as Yorùbá — and unwilling to witness or permit the slow undoing of our civilization to which our people, our Nation and our land have always been committed, and to which we are committed today at home and around the world.

Let every ethnic nationality in the geographical expression called Nigeria know, whether it wishes us well or ill, that we shall pay any price, bear any burden, meet any hardship, support any friend, oppose any foe, in order to assure the survival of our freedom and the success of our liberty as emblematic in the extant civilization of Oòduà Nation and would be edified by its Independence.

We shall raise the flag of our dear Oòduà Nation to represent freedom and liberty soon enough.

There is no stopping us now!
“In the long history of the world, only a few generations have been granted the role of defending freedom in its hour of maximum danger. I do not shrink from this responsibility – I welcome it.” – President John F. Kennedy Jan. 20, 1961

Spread the loveThese are depressing times – stemming from different END_OF_DOCUMENT_TOKEN_TO_BE_REPLACED

Previous Post Sheikh Gumi Wants Special Ministry For Terrorists, Calls Femi Adesina A ‘Bootlicker’
Next Post The death of the former Deputy Governor of the CBN at the University of Abuja Teaching Hospital.

Spread the loveThe formulation and expected evolution of anything that END_OF_DOCUMENT_TOKEN_TO_BE_REPLACED