Igangan: Forget Constitution, Arm Yourselves, War Has Been Declared On Us- Prof Banji Akintoye 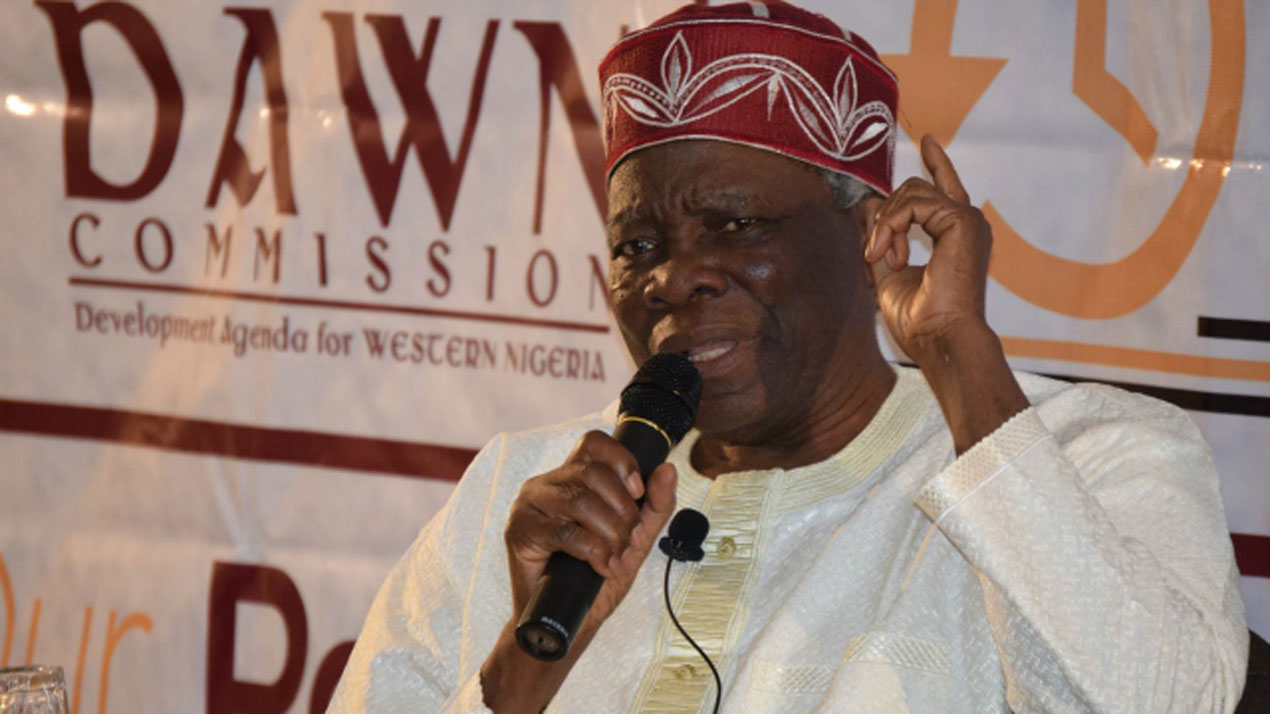 The Alana and worldwide leader of Ilana Omo Oodua, Emeritus Professor ‘Banji Akintoye, on behalf of all patriotic and concerned Yoruba people, and in consultation, and collaboration with hundreds of self determination groups at home and in the Diaspora, express uttermost shock and horror at the news of the barbarous killings and destruction by Fulani and other terrorists upon our people at Igangan, Ibarapa area of Oyo State.
“While commiserating with our people in Igangan, we hereby issue a red alert to all Yoruba people at home and in the Diaspora.

“It must now be clear to all Yoruba people of all classes and economic circumstances that war has come in a big way to our homeland. This war has been coming relentlessly for five years, but some of our own people failed to understand the full intent and impact of it. Some have thought the answer is to do one constitutional or political thing to Nigeria and the war would go away. But we must now all know that such propositions concerning Nigeria are blatantly unrealistic.

“And indeed these endanger Yorubaland, the Yoruba people and the Yoruba civilization by diverting the attention of our people from the manifest reality of our time.

“We now call on all Yoruba people at home and abroad to focus on the danger of the moment in a manner that will be powerful enough to preserve our nation and civilization.

“First we call on our State Governors to push aside all the constitutional objections that have been constantly raised from certain quarters whenever our governors have taken measures to defend our people.
“We are particularly grateful to Governor Akeredolu of Ondo State and all other Governors who support him in the patriotic and manly statement that he has issued on the Igangan disaster.

“We repeat what we have said again and again that we will stand fully and powerfully behind our Governors in any measure that they may adopt to defend our people.

“We say to our state governors, your first constitutional duty is to ensure the security of life and property in our Yoruba states. In the face of that important task, constitutional and political finesse and obstructions are a danger to the lives and property of our people.

“The Federal Government of Nigeria has failed woefully to protect the Yoruba people, along with other indigenous peoples of the Nigerian South and the Middle Belt against these invading, marauding forces.

“The federal government started by saying and doing nothing about the terrorism while apparently instructing the security agencies to do nothing to confront the terrorism.

“The federal government persistently gives to the wide world a false picture of the situation by claiming that everything is a product of climate change even as the Fulani insistently issues statements that their mission is to conquer and subdue all the indigenous peoples of Nigeria and forcefully take their land for Fulani folks from all over West Africa. And even as international terrorist organizations such as ISIS, Al Qaeda and even Al-Shabab come to reinforce this Fulani terrorism all over Nigeria.

“While allowing the Fulani to move freely with and to import various categories of weapons into Nigeria, the Federal Government prohibited the possession of any kind of fire arms by any indigenous citizens of Nigeria, sending the police and army to seize such privately owned weapons including those for which these citizens had earlier been licensed for hunting and sports.

“In the light of all the foregoing,
we call on all our governors to stop letting objections by federal officials to obstruct the defence of our peoples.

“We call on all Yoruba people to rise up as one to defeat this danger. We Yoruba have a proud history that we have never been conquered.

“Let us not succumb to conquest now. Let us thank the countless young people of our land who have been standing up against the invasion of our land.

“But let us now rise to do more than merely thanking them and rise to give them all the support they need to clear our land of all terrorists of all kinds.

“Let us show to the world that though we are a civilized and life respecting people, we are nevertheless a people supremely capable of defending our people and our homeland.

“The persistent Ilana Omo Oodua calls to arms of all Yoruba people on their farms, hamlets, villages, towns, cities and other communities must now be urgently activated with communal self defence systems, around their abodes and places of work.

“Also the traditional and hi-tech defensive mechanisms must come into place. Encourage and assist our young people to form dynamic teams that not only defend but attack the enemies wherever they have dug themselves into our forests and farmlands.

“Arm yourselves with whatever you can lay your hands upon, create or develop as individuals, and as communities to confront the enemy.

“Ensure they no longer succeed in their mission anywhere in Yorubaland. Our technology wizards are already putting together structures that will protect our land and destroy the enemy.

“To the elite of the Yoruba Nation, our businessmen and our professionals, we
now appeal that you decide and take action to assist all the efforts outlined above.

“We remember with gratitude that when the COVID-19 crisis loomed all over the world in 2020, our businessmen quickly put together a fund amounting to billions of naira to help fight the dreaded virus.

“We call on you now to do the same, to set up a large fund for the defence of our homeland and help with your expertise to set up the disbursement, management and auditing of the funds.

“The important goal must be that the funds be made to reach as quickly and adequately as possible all defensive and offensive groups and teams that demonstrate capabilities to produce quick and abiding results.

“We are Yoruba and we will prevail in this crisis. And then we will go forth and manage our own sovereign Oduduwa Nation to the admiration of all mankind- a land of security, opportunity and confident hope in prosperity for all our people and all peaceful and enterprising foreigners who come to our land.”