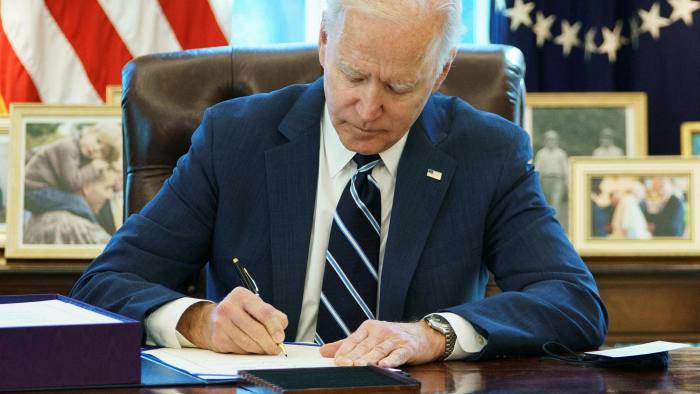 We, the Indigenous People of Biafra (IPOB) applaud your election as President of the United States, the most powerful office in the history of the world. We salute your adept and muscular discharge of presidential duties during your tenure in the White House.

Mr President, as you consider Buhari’s request for military assistance to Nigeria, we respectfully urge you to also consider the following:

1. President Buhari has made Nigeria the most dangerous country in the world for Christians, Jews and Nigeria’s indigenous peoples, particularly those of the former Republic of Biafra. Hundreds of thousands are routinely plundered, tortured or killed with impunity by Nigerian security forces controlled and populated by Buhari’s Fulani Islamic tribesmen, often in collaboration with Fulani herdsmen (Islamist terrorist group that has been internationally branded the 4th deadliest terrorist grouping in the world). These atrocities have been confirmed and published by US State Department in its various Human Rights Reports on Nigeria, by Amnesty International and other credible bodies. The US Commission on International Religious Freedom has recommended listing Nigeria as a country of concern because of its religious oppressions. United States sales or transfers of weapons to Nigeria to fight Boko Haram are diverted to killing and terrorizing Christians and Jews. The Nigerian army, which leadership is Fulani and Islamist is complicit in these illicit transfers.

2. President Buhari is promoting radical Islam in secular Nigeria. He has endorsed Sharia law in twelve northern Nigerian states. He has treated Boko Haram with kid gloves, releasing from detention hundreds arrested by the previous administration. He recruited them into Nigerian army and offered generous foreign scholarship to hundreds of them. He has appointed radical Muslims to head every security agency in Nigeria, including Sheik Isa Pantami whose profuse support for Al Qaeda and Taliban was widely published recently. Yet, Mr Buhari has refused to sack him from his sensitive position as Minister of Communication overseeing the biometric data of Nigerians. By defending Sheik Pantami, Mr Buhari is seemingly aligning with Mr Pantami’s terrorist sympathies. Mr Buhari is a strong ally of the Islamic Republic of Iran and China; and he has generally pursued policies that put Nigeria at odds with US national interest since you came to office.

3. President Buhari is conducting a genocidal campaign against tens of millions of Christians and Jews, particularly those indigenous to the former Republic of Biafra. These include mass killings, torture, and the destruction of Christian schools, churches and Jewish synagogues. He has arbitrarily branded and terrorized the Indigenous People of Biafra (IPOB), a nonviolent group pursuing the Independence of the former Republic of Biafra. Mr Buhari’s draconian measures were geared to retaliating against peaceful demonstrations favoring the restoration of Biafran independence that was cruelly extinguished by a genocidal military campaign Buhari partly led between 1967 and 1970.  He has concocted treason charges against IPOB leader Nnamdi Kanu to crush Biafran self-determination, despite the fact that self-determination is legal under Nigerian law. Mr. Buhari’s demonic rule is convulsing Nigeria and creating new safe havens for radical Islamic terrorists that pose potent threat to US interests, from the Sahel to the Gulf of Guinea.

1, We respectfully suggest that you consider, among other things, denying weapons sales or transfers to Nigeria under the Leahy Amendment; listing Nigeria complicit in persecuting Christian and Jews under the Global Magnitsky Human Rights Accountability Act.

2, We respectfully urge Mr President to invoke particularly Section 620M of the Foreign Assistance Act of 1961 (FAA), as amended, which prohibits the furnishing of assistance authorized by the FAA and the Arms Export Control Act to any foreign security force unit where there is credible information that the unit has committed a gross violation of human rights.

In conclusion, we state categorically that the national interests of the United States lie in protecting Christians and Jews in Nigeria, defeating radical Islam and preventing instability in West Africa which will altogether be enhanced by a US-led diplomatic pressure on the Nigerian government to – as a matter of urgency – agree to a UN-supervised referendum on Biafran Independence.

We wish you and your family many wonderful years in the White House.

Spread the loveBuhari’ government through the ministry of finance took END_OF_DOCUMENT_TOKEN_TO_BE_REPLACED

Previous Post BUHARI: THE CHICKEN HAS COME HOME TO ROOST. EVERYTHING HE SAID NOW HAUNTS HIM!
Next Post Nigerian Air Force And Its Crashing Planes – Reuben Abati