Liberia: Why A Nation So Rich with Natural Resources, But Majority Citizens So Poor? (An Expose’) By Edmund Zar-Zar Bargblor 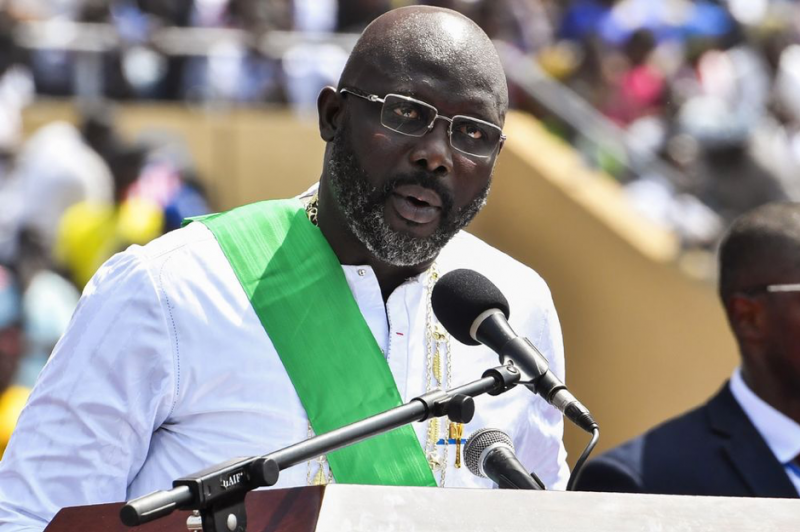 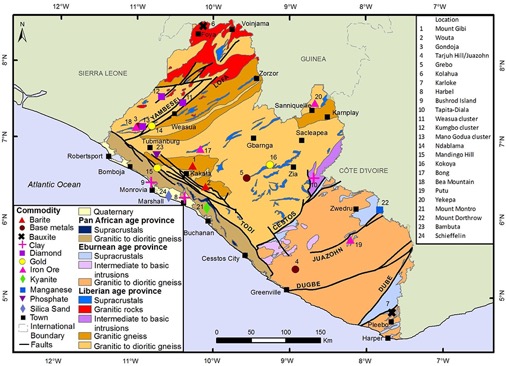 The Government of Liberia has entered into an agreement with a Chinese firm to exchange some of the country’s natural resources for US$2.5 billion

The international community has and continues to be aware that, Liberia is one of the nations in West Africa that is richly endowed with natural resources including iron ore, gold, diamonds, natural rubber, vast forests for logging, timber harvesting, and vast agriculture land for ensuring food security. Through the content of this article, I would endeavor to outline some of the natural resources.

Sadly, alleged foreigners continue to roam around the various interior parts of Liberia, exploiting some of these resources, without the benefit of the people.

The Organization for Economic Co-operation and Development, (OECD), re-echoed that: “Natural resources, are the natural capital out of which other forms of capital are made. They contribute towards fiscal revenue, income, and poverty reduction(www.oecd.org/env/eap)”.

Let me endeavor to briefly outline some of Liberia’s current mineral potentials for the benefits of the reading public.

Liberia is composed of plateaux and low mountains, including narrow flat coastal plain, with the highest point of elevation being about 1,400 m, in Lofa County at Mount Wutivi,. Her climate is tropical, being always hot and humid, with abundant rainfall. Other minerals such as barite, heavy mineral beach sands (rutile, zircon, ilmenite and monazite), phosphate, clays, silica sand, copper, zinc and chromite are found in Liberia in addition to the country’s ‘traditional’ minerals (iron ore, gold and diamonds)

Artisanal gold mining of alluvial placers is more prevalent in Liberia, with an annual production of more than 30,000 oz in the 1940s, while annual production between 2010 and 2015 was at an estimated value of about 18500 oz (BGS, 2017). Placer deposits account for nearly 80 per cent of close to 600 gold deposits in Liberia, according to USGS as it relates to Liberia (Wahl, 2007), with most found in the eastern and western parts of Liberia.

Placer deposits are indicative of highly possible bedrock-hosted gold occurrences.  The abundance of gold in Liberia is also confirmed based on the excellent exploratory results from other mining companies; for example, measured and indicated resources at New Liberty are 9.6 Mt @ 3.2 g/t with proven and probable reserves of 7.4 Mt @ 3.3 g/t Au (August 2017) (SRK Consulting, 2017). A mineral resource (measured + inferred) containing 901,000  oz of gold at a grade of 1.6 g/t Au was reported at Ndablama in December 2014, (AMC Consultants, 2014), while Weaju, which is about 30 km north-east of New Liberty, indicated a resource of 2,680 kt @ 2.1 g/t Au, unveiled in November 2013 (AMC Consultants, 2014).Gold-bearing quartz veins have also been located through exploration in the Kpo Range area of Gbarpolu County (Whiteaker, 2007).

Identical quartz vein-hosted gold mineralization is also located in the Toto Mountain Range in Bong County, while in the South of the county a mineral resource (indicated) contains 210,000 oz of gold at a grade of 3.5 g/t Au in Kokoya (MNG Gold, 2015). Based on the located bedrock occurrences, huge alluvial deposits and gold geochemical anomalies, the Juazohn Shear Zone is another highly prospective target area for gold deposits in Sinoe County, while high grade mineralization has also be discovered in several vicinities, including Zia Town, near Zwedru, and Putu Range (Hummingbird Resources, 2013).

Diamonds are predominantly produced in Liberia from artisanal mining of alluvial placer deposits, mainly in west and central parts of the country, with production reaching about 14 million carats during the last 50 years, while a yearly output of about 600,000 carats was reported during the early part of 1970s.

Liberia became Kimberly Process compliant in 2007, resulting to rise in production of diamond to about 74,000 carats in 2015 (Central Bank of Liberia, 2016). According to report by USGS and LGS, there are about 160 kimberlite occurrences (pipes) in central and western Liberia (Wahl, 2007), but accuracy of the number of pipes is hindered by the lack of bedrock exposure, poor access and dense vegetation. Exploration for diamond-bearing kimberlite has increased since the 1980s, with three significant clusters discovered at Kumgbor, Mano Godua and Weasua, in western Liberia. USGS also identified other kimberlite pipes in Nimba County, central Liberia. South-eastern Liberia is also composed of areas that recently produced artisanal diamonds.

Lofa River contains diamonds due to kimberlitic source rocks in the surrounding areas and the closeness of the river to the eastern region of Sierra Leone, which has high prospect for diamond (Dorbor, 2010), including Kumgbor and Morro-Gbeya River basins, where intense artisanal diamond mining occurred leading to diamond production from those creeks in the area, particularly the Papaya Creek (Dorbor, 2010).

In the Camp Alpha region in Kumgbor, a kimberlite pipe of 2.5 ha was discovered, indicating the high potential of bedrock-hosted diamonds (Haggerty, 2015), with the associated dykes showing substantial micro-diamond populations, indicating the economic value of the pipe.

Discovery of kimberlite indicator minerals (KIMs), such as garnet, spinel, ilmenite, clinopyroxene, forsterite, orthopyroxene and zircon, in stream sediments and soil samples is a well-established criterion for kimberlites exploration (Kjarsgaard, 2007) in western Liberia. Garnet found from Neoproterozoic Weasua kimberlites, for example, is chromium-rich but calcium-poor, whereas, spinel is chromium- and magnesium-rich, indicating that these have high possibility of containing diamonds (Skinner et al., 2004).

Garnet, a precious gemstone, is very prevalent in an area located at the boundary of Maryland and Grand Kru Counties, close to Pleebo, with some gemstones being more 50 carats. The two main types of garnet in the area are almandine garnet and pyrope garnet. Ruby, another precious gemstone, is located in the terrain as garnet, with carats exceeding 60.

There are more than 40 barite veins in the environs of the Mount Gibi Range, about 95 km from Monrovia, with the veins being evaluated with appropriate maps, trenches and drillings done by LGS, USGS, and Dresser Minerals to indicate quantity and grade.

Interest in bauxite as it relates to Liberia dates back to the 1950s, as deposits were discovered in neighboring countries (Markwitz et al, 2016). Potential bauxite resources are found in Kolahun deposit in Lofa County in the north-west of the country close to the border with Sierra Leone and at the Karloken deposit in the extreme south-east in Maryland County close to the border with Côte D’Ivoire (Massah, 1985), where the mineral is exposed to the surfaces of the land as outcrops, indicating its abundance.

Bauxite, widespread in Karloken and its surroundings, Maryland County 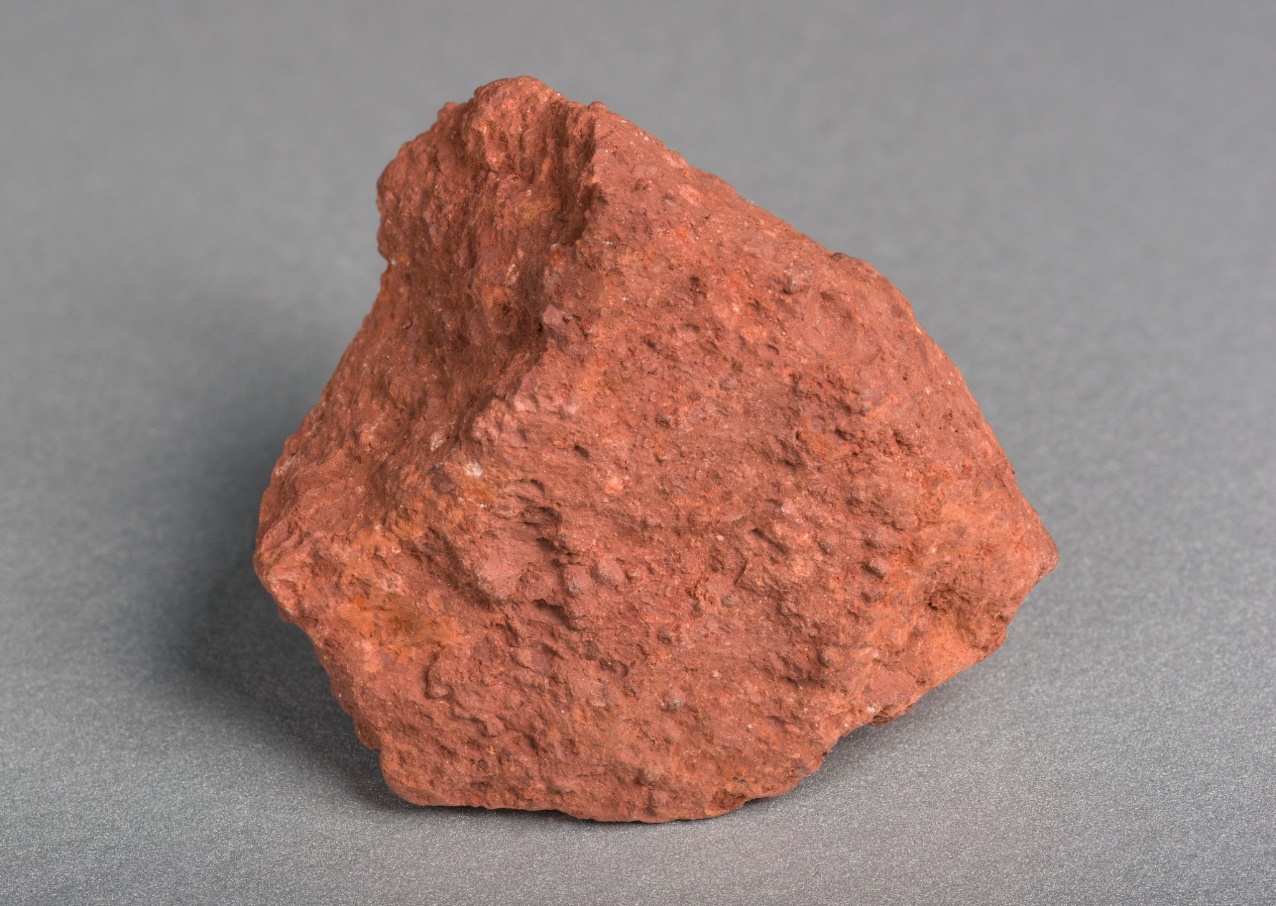 South-East of Zwedru, Grand Gedeh County, Liberia, with Cavalla River, the international boundary with Côte d’Ivoire, forming the eastern boundary of the deposit.

Heavy mineral sand deposits contain metals such as titanium, zirconium, thorium, rare earth elements, tin, tungsten, and precious/semi-precious stones; they can be found on beaches, in estuaries and offshore.

Surveys performed by UNDP in 1972 and 1973 for heavy minerals along 300 km of the Liberian coastline discovered heavy mineral concentrations, with main metals being ilmenite, which comprised smaller amounts of rutile and zircon and trace amount of monazite. Rutile, containing significant amounts of titanium (more than 55%Ti) is found in Willabo, Grand Kru County and in Karloken and other surrounding towns in Maryland County.

Columbite, tantalite (Coltan) has been discovered in Karloken and surrounding towns, Maryland County, with percentage of tantalum exceeding more 50% Ta.

Coltan, from Karloken and its surroundings 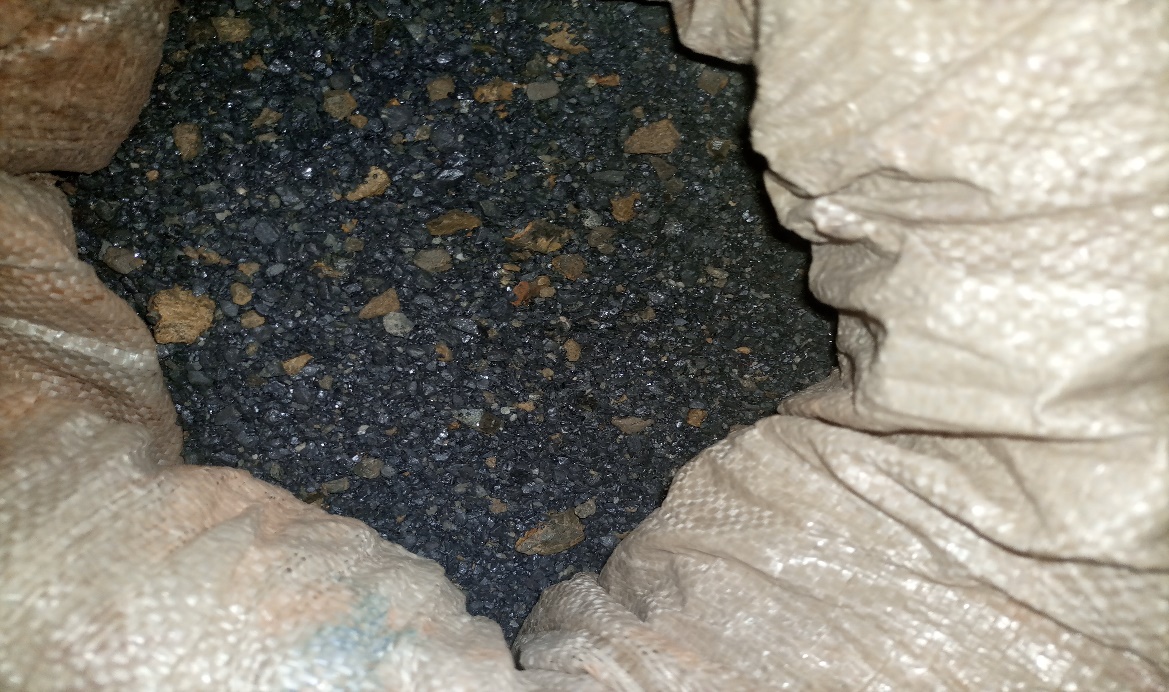 There is another new mineral by the name Ruby. There are ruby, coltan, and gold.

Reportedly, there are more than ten kilograms of Ruby and unspecified amount of gold and coltan.

Indeed, Liberia is blessed with rich natural mineral resources. Additional Investigations and explorations are needed to properly ascertain 80 – 90% of the mineral resources of the country. Appropriate geological investigation will also provide the proper guide as to the amount of investments needed for a specific mineral. Natural resources are a part of the real wealth of a nation. They are the natural capital out of which other forms of capital are made. Natural resources contribute towards fiscal revenue, income, and poverty reduction. Government indeed, plays the essential role in putting into place policies that ensure that resources contribute to the long-term economic development of nations, and not only to short-term revenue generation

Madame  Hannah Forster, Executive Director of the African Centre for Democracy and Human Rights Studies (ACDHRS) wrote: “Politicians must involve civil society in decision-making to manage natural resources. Governance should therefore include the development of leadership, the promotion of dialogue with civil society, and the increased accountability of communities”.

Natural resources, renewable, non-renewable and ecosystem services, are a part of the real wealth of a nation. Indeed, natural resources are the natural capital out of which other forms of capital are generated. They are undoubtedly, contribute towards revenue, income, and poverty reduction attributes of a nation. . As Liberians, we need to handle the affairs of the nation’s natural resources with care and with transparent , making sure that they are used in the benefits of the Liberian people. 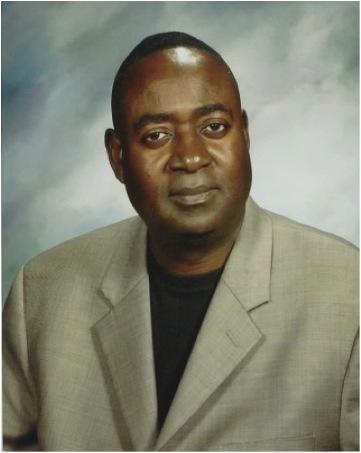 Mr. Edmund Zar-Zar Bargblor is an Educator. He is a graduate of Cuttington University, Liberia; Howard University, Washington, D.C, and Israel Institute of Technology, Haifa, Israel. He is a former Deputy Managing Director of the National Port Authority of Liberia, NPA, and former Chairman of the Department of Mathematics, Bong Town High School, Bong Mines, Liberia, Instructor of Mathematics, Providence School Department, Rhode Island, USA. He is a three times recipient of Who’s Who Among America’s Teachers. He can be reached at [email protected]