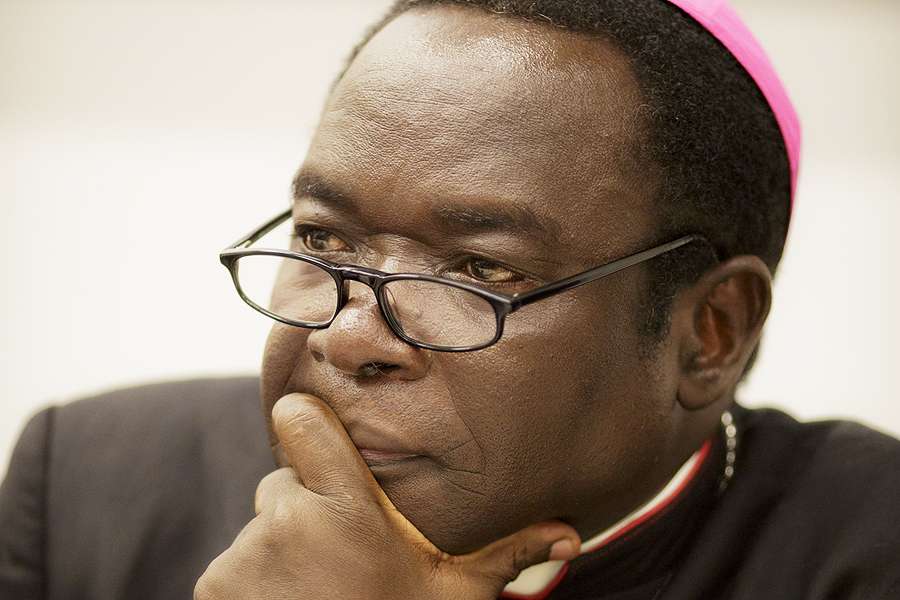 I am not sure I know how to address you especially now that the formal Ranka ya dade is of no use to you since you are now in eternity. However, because this is a very special year, I had decided to write two letters, one to you and the other to Sir Tafawa Balewa. I thought I should start with you for obvious reasons. These letters are my formal way of having an imaginary conversation with both of you. In a way, I want to give you a report of what you left behind, what your immediate successors have done with your investment and how they shared our inheritance to the descendants.

In a way, I feel like a grand child reporting his uncle to his grand father, so please be patient with me. I think this is necessary because if we continue this way, I am sure your memories will be a distant whisper in the ears of your great grand children. What is more, your name is now a mere meal ticket for many. I also fear that some of the values you lived and died for are heading into oblivion. Apart from your autobiography, it took a white scholar and lover of northern Nigeria, Professor John Paden to write your authoritative biography. One would think that by now, those who claim your name would have endowed a Chair of Sardauna Studies in one of the northern Universities. But they are preoccupied with other more important pursuits it seems.

A second reason for this letter is the fact that I am now a citizen of your home state of Sokoto where I now serve as the Bishop of the Catholic community. You will be glad to know that Sokoto is still a very peaceful place to live in. From the point of view of progress and development, I am afraid that you will probably not get lost in many of the towns and communities. I have visited Rabah where you were born and I have also seen your house here in Sokoto. It is impossible for me to believe but it reminds me of the modesty of one of my heroes and your contemporary, Julius Nyerere of Tanzania whose personal house sits in a street corner in Dar es Salaam. Since there are no Christians or Muslims in the presence of God, I am sure both of you might have met.

For us, growing up as children in my little and very remote village, Sokoto registered in our memories only because your great stature served as a beckon that pulled the city nearer to us. Yet, looking back, how could I have imagined that I would not only visit Sokoto, but also become a citizen of this state? I deliberately drove to Rabah just to have a feel of where you grew up and where your father had served as a District Head.

Fifty years have gone past since you and your brave wife were brutally murdered in cold blood. Perhaps, had she merely pleaded or run into hiding, even her murderers would probably have thought otherwise. However, in a rare combination of the deeper instincts of genuine love, passion and total commitment, she gave herself in defense of what she loved most when it mattered most. In that warm embrace into which you both clung, with she serving as a shield, you were both dispatched into eternity in one moment. I hope both of you are happy in paradise now.

I was old enough to have known you, but I did not ever get the opportunity to even see you. Like millions of other young children and teenagers across Northern Nigeria, we heard about you and only had images of you in our minds. So much myth was built around you and Mallam Aminu Kano. For our young minds, your name elicited awe but that of Aminu Kano excited us. We fell in love with Aminu Kano’s name rather quickly because even early in life, we had always lived in fear of the Native Authority people as the ugly face of the oppression of taxation. We recall how much sorrow their visits often left behind especially in the homes of some of our poorer uncles in the villages when they came to collect their haraji. When we heard that Aminu Kano was against haraji, we loved him because haraji threatened our school fees.

Your place in history is assured, but there are still areas of controversies about your legacy. We have heard and read that you were a man who loved the north and its people, irrespective of their religion. The praise singers have left us plaudits, paens, myths and apocryphal material about your greatness. This is not the place to debate your actions. You laid a foundation to ensure that none of your children faced an uncertain future. Today however, many of your children have become orphans because the region has become a huge orphanage.
Our children fill the streets begging for food, their elder brothers who have some education have no jobs and nowhere to turn to, their parents have no work and those who have worked are dying with no pension. Farming has become a hazardous preoccupation. You will weep if you see where we are now. Selfishness has consumed us and the army has deserted the battlefield because there is no one to lead them. There is neither direction nor destination and most people have lost the will to fight for any cause.

At a time when there was no technology and no structures, you developed them from scratch. You built such institutions as the Ahmadu Bello University, Institute of Administration, Kaduna Polytechnic, Colleges of Education, Government Secondary Schools, etc. You set up the Northern Nigerian Development Corporation, Northern Nigeria Investment Limited, Ahmadu Bello Stadium, Broadcasting Corporation of Nigeria, New Nigerian Newspapers, Textiles Factories such as Kaduna Textile Mills, Zamfara Textiles, Cement Company of Northern Nigeria, Northern Oil Processing Mill, Sword Branch Bottling Company, Nigerian Breweries Ltd, Hamdala Hotel, Kano Ground nut pyramids, Central Hotel, Bank of the North, Northern Nigeria Radio Corporation and many others etc.
With this legacy, should every son and daughter of northern Nigeria not walk like a prince or princess? Yet, today, all these institutions have been killed and buried by your successors who refused to develop a professional style of managing these great institutions. They were seen as extensions of a feudal system and today, rather than administer them, your successors presided over their funerals. What is left now are their carcasses.

Today, we look back at all the ideals that guided you. Despite its shortcomings, you were determined to ensure that the North did not lag behind. To do this, you undertook to navigate a very difficult and treacherous terrain without a clear compass. You tried to wield together a medley of peoples with conflicting and challenging histories, cultures, aspirations and so on. To make it worse, the people did not as yet possess such weapons for the construction of a modern state as technology and education. Yet, your programme of Yaki Da Jahilci helped many poor farmers gain some levels of literacy.

The north is in turmoil now and the reasons are many. The turmoil is the result of the sickness that afflicted the nation after you and other great nationalists were brutally murdered. We gradually slid into a civil war. We now have 36 States and the old north now has 19 States. You will be pleased to know that almost all the Governors were born around the time of your death. They are therefore young and promising. Please pray for them so that they can extricate themselves from retrogressive mistakes of their fathers and create a more open society where everyone can have a sense of belonging. Unlike their fathers and uncles, they have University education and they have studied and worked in a more plural environment. Indeed, our Governor in Sokoto was born just a few days before you died and he was the Speaker of the Federal House of Representatives with the help and support of Southerners. This is different from your time when the relationships were more combative and rather acrimonious. You will be surprise to note that those you referred to as the scallywags in Lagos, those who booed at you in the wake of the debate over self government in 1956 were largely responsible for garnering support for General Buhari, a son of Daura who is now our President. So, please, pray for us to have more open and tolerant society. 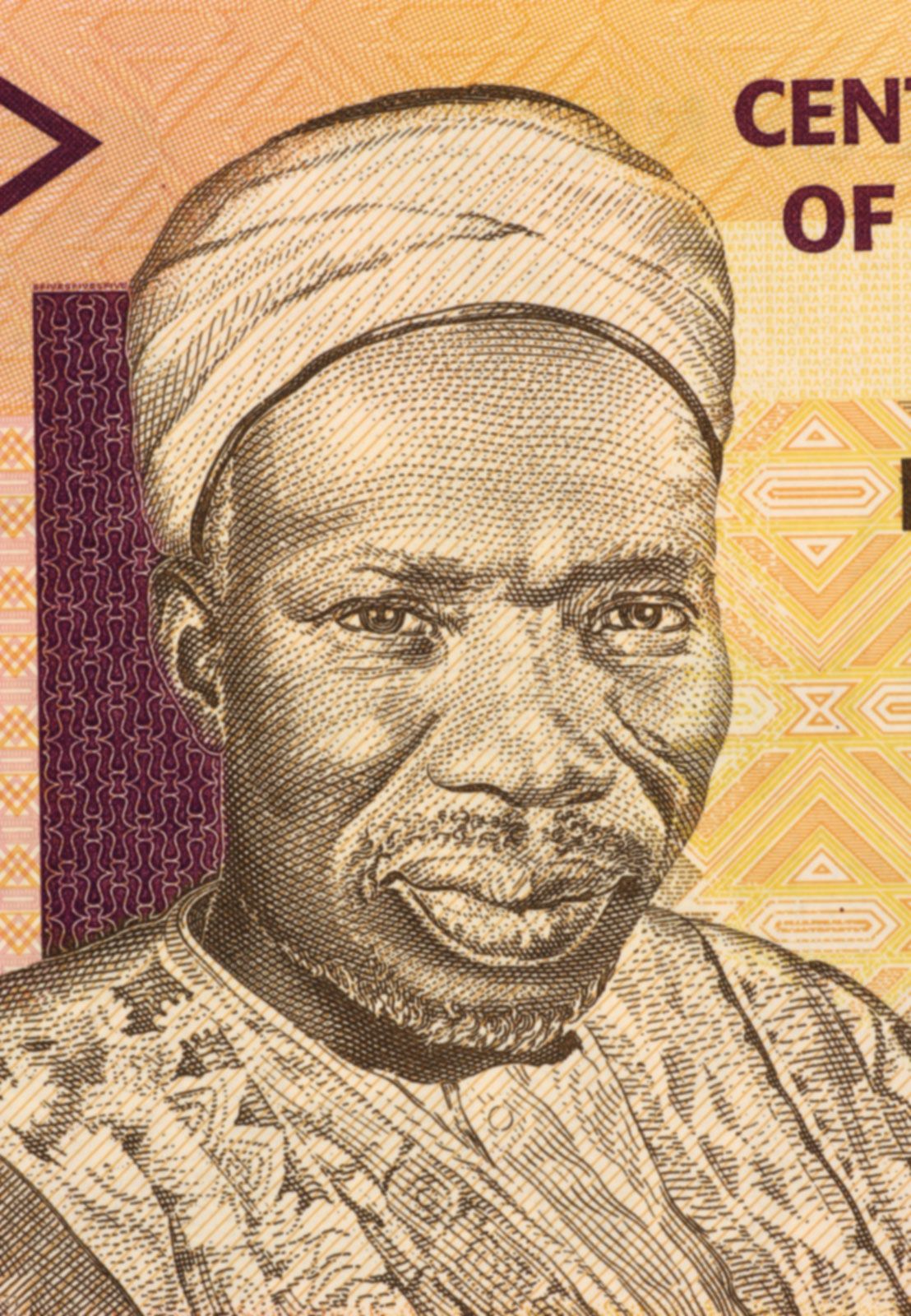 Your heart must be bleeding at the sight of what has become of the north today. Boko Haram, a criminal band of murderers took hold of the north and turned it into a wasteland. Thousands of lives have been lost and today, millions of our people are in refugee camps. Thousands of innocent women, women and children have lost their lives. A great swath of the north is now a refugee camp of desolation and pain. Thousands of our girls have been killed, raped and forced into marriages. Over two hundred young girls in a village called Chibok have been in captivity and their fates are unknown. It is over 600 days now and we have no news. Northerners are merely looking up at the federal government and refusing to take full charge of what is clearly and mostly our battle or the result of our negligence and disunity.

When you look back now, I believe even you will realize that your controversial Conversion campaigns laid the foundation for mistrust in the house that you had built earlier. Since then, there has been increasing distrust among our people and the chasm has grown even deeper. We have spilled so much blood around the north, you will be shocked to see how many unmarked graves there are.

Finally, I must let you get some rest, but let me give you a little gist. Your grand son, Hassan, is the Magajin Garin Sokoto now. I am not sure he can play Fives as you did because he looks bigger than you. You will be proud of him. Also, the little brilliant boy who got As in his School Certificate examinations from Kabba and whom you gave a scholarship to ended up not in the northern civil service but he became a priest. You will be proud to know that he is now a Cardinal of the Catholic Church and could be Pope!

Please tell the Prime Minister to be patient because his own letter will come next week. For now, again, please pray for us. Ask God to rekindle the spirit of foresight and deep love for people that He endowed you and other men of your generation with. Give my warm regards to Col. Pam and my mama, his wife, Elizabeth and all those great men and women who lost their lives with you. Tell her to please look for Justice Oputa.

BUHARI: THE CHICKEN HAS COME HOME TO ROOST. EVERYTHING HE SAID NOW HAUNTS HIM!             In the wisdom of

Humans are fond of doing stupid things. Stupidity is more accepting in individual’s life. But we must rebuff and

BUHARI: THE CHICKEN HAS COME HOME TO ROOST. EVERYTHING HE END_OF_DOCUMENT_TOKEN_TO_BE_REPLACED