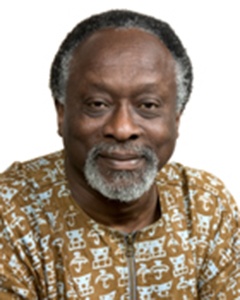 Today, I am saddened by the untimely death of Dr. Anani Dzidzienyo . He was a Professor of Africana Studies & Portuguese / Brazilian Studies at the Brown University, Providence, Rhode Island, USA. He has been in the Africana Studies Department since its inception, over three decades.

Dr. Anani Dzidzienyo was born in Sekondi, Ghana, where he completed his secondary education. He continued his studies in the United States of America at Williams College, where he graduated in 1965. He pursued his graduate studies in International Relations, at Essex University, United Kingdom. Professor Dzidzienyo got his political inspiration from his countryman, African Nationalist, Dr. Kwame Nkrumah, former President of Ghana. At Brown University, he expanded his interest to the Latin America racial question particularly the Afro-Brazilian culture bringing international attention to the struggle of anti-racism against Blacks and the indigenous population of Brazil. Professor Dzidzienyo was “the first African scholar to work consistently on Brazil” and for his efforts, he was recognized by his colleagues as a pioneer in the study of Afro-Brazilians culture. He was also distinguished with the “Lifetime Achievement Award” from the Brazilian Studies Association. Professor Dzidzienyo wrote extensively about anti-racism matters: “Activity and Inactivity in the Politics of Afro-Latin America” He co-edited “Neither Enemies Nor Friends: Latinos,Blacks, Afro-Latinos,” “The Changing World of Brazilian Race Relations?”…

Being new to the country and having to adjust yourself to a new language, new culture and a new society is always a challenge to anyone. Professor Anani Dzidzienyo, was the kind of person whose generosity and accessibility made such adjustment much easier for people like myself and numerous others. Back in 1980, I had an opportunity to come to the United States from Cape Verde to continue my studies. I enrolled at Rhode Island College, while learning English and working towards my degree. Upon the completion of my Baccalaureate degree, I was offered a scholarship to do graduate work at Brown University. I was glad, of course, and naturally apprehensive about attending such a prestigious school. But soon, I met Professor Anani Dzidzienyo. It was an instant connection. He made me feel at ease, so much so that my initial nervousness and apprehension with this new 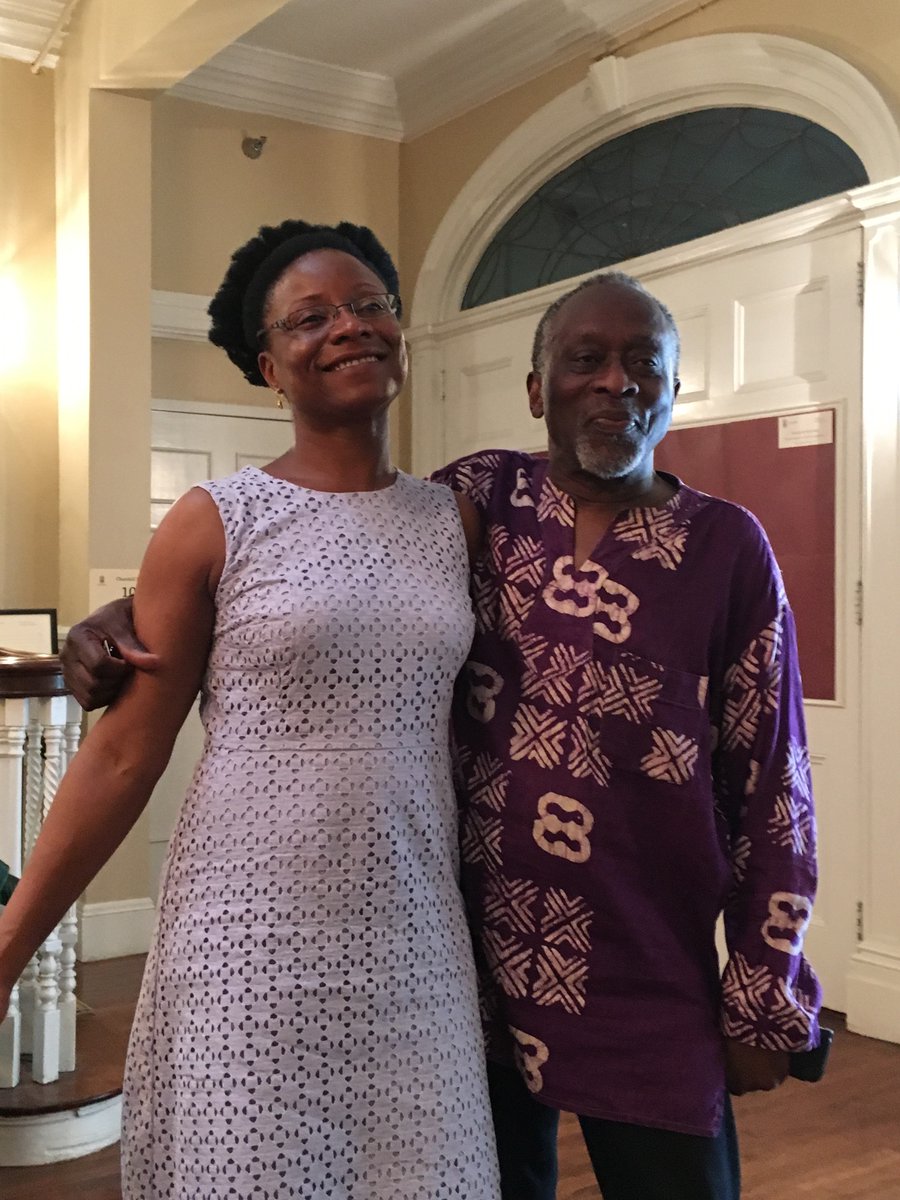 beginning began to vanish. The good professor patiently guided me through the demands of graduate school and later on became my thesis advisor. When I was debating what topic to explore for my thesis, he suggested that I write about Amilcar Cabral, the founder of the PAIGC-African Party for the Independence of Guinea and Cape Verde. A topic to my liking, of course, I dove into the project well motivated by my mentor. After many drafts, corrections, suggestions, and more research, the result was: Amilcar Cabral: Formation and Dimension of a Leader. Recently, when I was considering the idea of developing my thesis into a book, I consulted my mentor for advice. As always, Anani was very accommodating and generous with his time.

I have fond memories of our long and enriching intellectual discussions in his office about our beloved Africa and its ongoing challenges; the independence movements and their leaders; the perilous situation of the Afro-Brazilians in their country; the Afro-Americans’ paradox of racial inequities in the North American society; and life in general. All this in addition to trying to ‘solve’ the world’s problems, and we would be joking through Anani’s contagious and loud laughter. Our conversations invariably oscillated between English and/or Portuguese, which he spoke fluently with a Brazilian accent since he spent a lot of time in that part of the world due to his professional engagement in that country. He was a pioneer in the study of Afro-Brazilian studies; “the first African scholar to work consistently on Brazil”. Through him I was honored to have met some important people among them, Abdias do Nascimento, an Afro-Brazilian intellectual and Civil Rights Leader.

Anani’s popularity with his students, former and present, is undoubtedly par excellence. His tremendous impact on his students/friends/colleagues is apparent. Every time I went to his office, there was a line of students waiting to talk with him. Every where we went, restaurants, bookstores or walking on the street, there were, always people greeting him and demanding his attention. He would always find something nice to say. Because of his tremendous popularity, jokingly I suggested to him that he should get a secretary to schedule his appointments and a bodyguard for protection. I told him that it was easier to have access to his ‘cousin Obama’. He would laugh languidly and say, “pois é rapaz…” 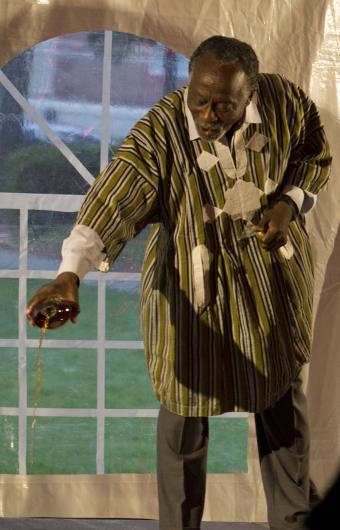 We became good friends. After graduation from Brown University, we lost contact with each other for a while, then we reconnected. I invited him to give a lecture to my High School classes. Back in the nineties, he appeared a number of times on a weekly community television show that I produced. We met socially a few times over lunch or dinner, or at lectures on campus. Every time I spoke to him, over the phone or in person, I’d ask him: como vão as coisas? (what’s up)? He would always respond with that wonderful laugh of his, “cá vou indo rapaz, você sabe, a vida do pobre African,” [well, it’s going, you know man, the life of a Poor African). Anani touched many lives with his ongoing and contagious joie de vivre and approach to life. Academically he always tried to be objective, analytical, and he managed to find something optimistic to say even in the most dire situation (political or otherwise). Those of us who had the honor to have him as a teacher, friend, scholar, and confidant, we can all learn from this humble soul that was Anani Dzidzienyo.

Connecting to where the journey began , Anani Dzidzienyo pours out a traditional African libation to begin the dedication of the Center for the Study of Slavery and Justice’s new home. Curtesy of Mike Cohea/Brown University

It is with great sadness that I write these lines about a great friend, confidant, scholar and mentor. I extend my condolences to his family. May His Soul Rest In Perfect Peace; Farewell; Till We Meet Again, my friend! Descança em Paz!

Mr. João A. do Rosário 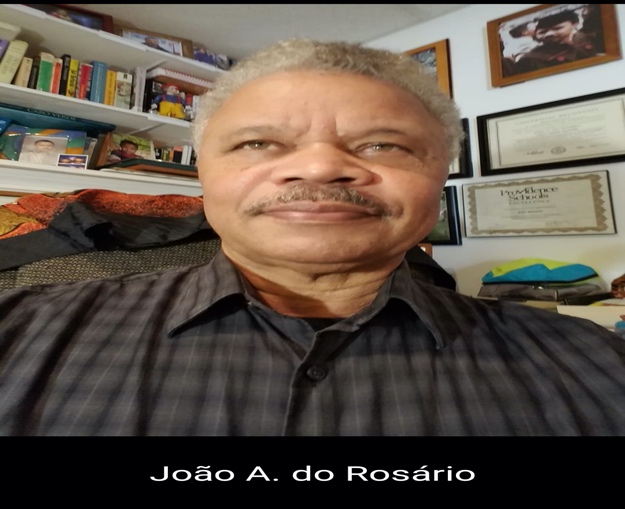 Mr. João A. do Rosário, Educator