History Feature: Who are the Krahns And Are They linked to Igbos, Ashanti, Akans and Yorubas in West Africa? 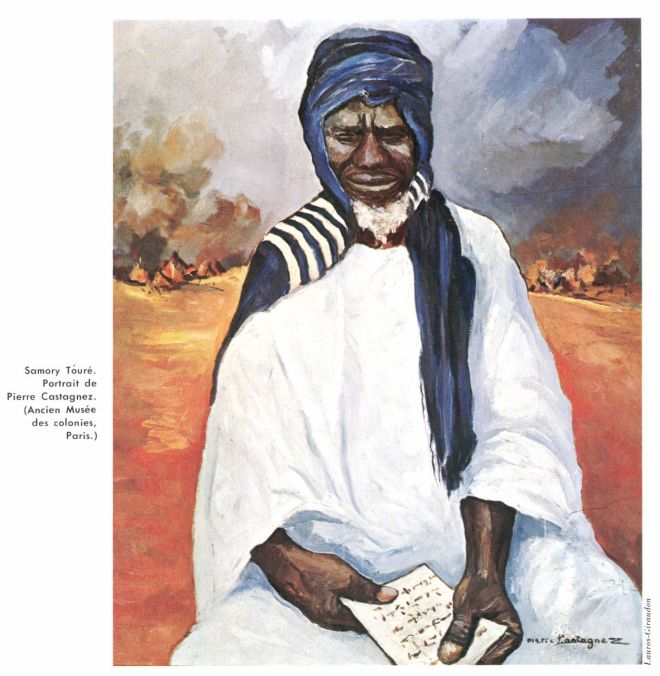 In West African history, we learn that three(3) languages evolved by 1 AD in the Niger Delta. These historians named: Mande, Voltaic (Mel) and KWA. The prominent Mande languages in West Africa are the Mandingo, Soninke, Woninke, (Lorma, Kpelle, Mano etc. in Liberia) . 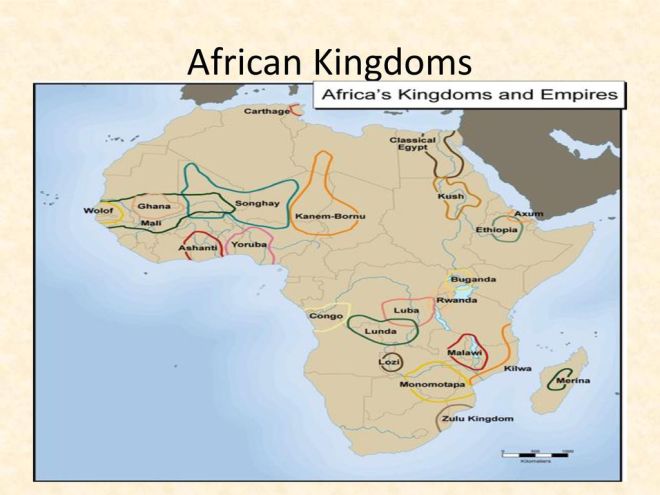 The Voltaic (Mel) language group is predominantly (Mossi) resides in Burkina Faso, but spread into other neighboring countries- as is the case with other language groups.

Most Western historians continue to inform us that the Krahns in Liberia, migrated from the Ivory Coast. How can a group of people migrate from their own land and back to the very land all at the same time? The land of the Krahns extends from the Ivory Coast all the way to the Atlantic Ocean in southeastern Liberia.

In fact, the Krus/Klaos, Greebos, the Bassa, all these dialectical groupings belong to the same family. Do you know that the Sea side Greebos located in Maryland County called themselves Krai-Gborho? Interestingly, there is a Krahn section in Grand Gedeh County called Gborho. 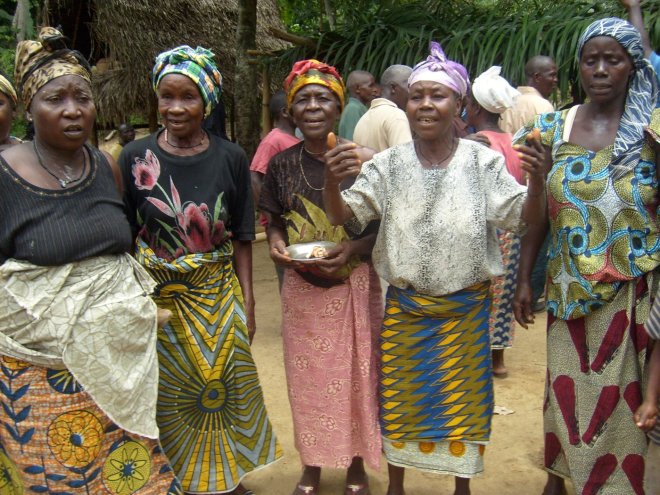 The Western historians misinformed us when they wrote that around the 16th Century, the present day Krahns migrated from the Ivory Coast. This indeed is not true. When the French Colonial power created an artificial boundary, the Cavala River was used as an official boundary between their colonialized African subjects. The Krahns belong to the KWA groups in Africa.

In Liberia, the KWA speaking people can be found in 11 counties out of 15 and yet they are unaware of their connectedness as one ethnic group. 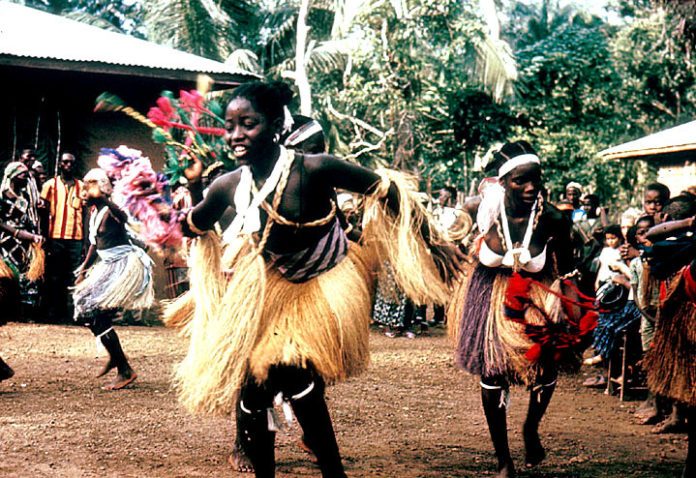 Krahn People of Liberia and Ivory Coast [/caption] Who are the KWA PEOPLE? Better yet–linguistically, like the Mande and Voltaic people, who are the ANTECEDENTS of the KWA PEOPLES in West African history?

According to West African history, the Mande language group founded the first 2 major Empires, namely: Ghana(its prominent King was a Soso man called- Sumanguru. He was killed in battle against Sundiata.

This ushered in the Mali (Mandingo) Empire. The Voltaic (Mel) did not found an Empire- civilization of importance. Why?

The Third(3rd) largest and most powerful West African Empire was Songhai. The hundred million dollars question is: Who are the descendants of the Songhai people in West Africa today? History is mute on the answer to this question.

The remaining 10 Kwa languages are termed “left bank” because they are spoken to the east of the Volta River of these languages, the Gbe cluster (of which Ewe is the best-known member) is by far the largest, with some eight million speakers (https://www.britannica.com/topic/Kwa-languages). 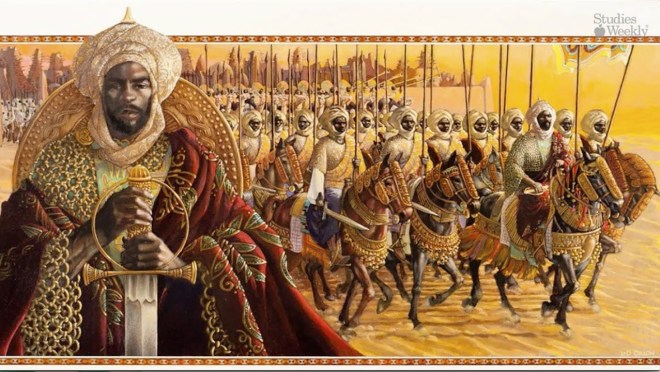 The KWA language group of West Africa is inextricably linked to the People of Songhai Empire. The name of their prominent King was– Assibai. The name as-si-bai, is a Gao word which means: “the unexpected. ” King Assibai’s Kingdom was captured by Mensa Musa- King of Mali Empire. King Mensa Musa personally toured prosperous Songhai Kingdom and met the defeated Assibai. King Assibai paid homage to King Mensa Musa, thus sparing his life. But King Mensa Musa took two (2) sons: Ali and Sulieman as royal hostages. The boys were in captivity for decades until the death of Mensa Musa. They broke free and founded the Songhai Empire. Ali the older brother became king.

The Songhai people honored Ali with the Gao word: “SOONI” (pronounced as- Zoo-ni which means in Gao “to remove somebody from water. To rescue from drowning) . The prefix- “soo” means to remove. And the suffix- -“ni” pronounced as “nee” means – water, rain or river. Other examples of Gao language as repository exist in history books. Niger- “good/ delicious water, became a Country. ‘”Bani” is another Gao word I came across while reading West African history. It is a used by the Gao people to describe the area where the Niger River split up to form a huge tributary- moat city in the middle of the river. Once again, the prefix “Ba” pronounced as bah means “father” , the suffix- ni as stated above means, water, rain or river. Hence. “Bani” means father of rivers. This is a brief overview of KWA PEOPLES contributions to West African history that many are not aware of.

There is a need for African nations, especially Western African nations, to invest in Research within their respective University History Departments, to conduct an in-depth studies and understanding of precolonial African History. Western scholars did well, considering, that most of them didn’t understand nor speak the languages in Africa and yet they were able to develop volumes upon volumes of text books on African History. We have an obligation as African scholars, to write the ‘true’ History about Africa.

According to some Western historians and such medium as britannica.com, Kwa languages are classified as a branch of the family consisting of 45 languages spoken by approximately 20 million people in the southern areas of Cote d’Ivoire, Liberia, Ghana, Togo, and Benin in the extreme southwestern corner of Nigeria .

Yes indeed, the KWA groupings in Liberia, are genetically and linguistically linked to the Igo, Ashanti, Akan, Yoruba, etc., Dr. Barry Fell & Edo Nyland were correct in their research when they reflected in the following: “Igbo is in the family of Niger-Congo languages called Kwa by European linguists, which includes many Nigerian and West African languages like Ashanti, Akan, Yoruba and Benin (Edo).

Igbo, I find to be closest to the original mother of that language family. In fact my finding is that in order to not let the Igbo know that it was their language that birthed the others, the linguists invented the word Kwa, which was originated from Akwa Nshi (Igbo for ‘First People’, also the local name of the Nigerian monoliths that represent First People on the planet (http://www.faculty.ucr.edu/~legneref/igbo/discussion2.htm).

“A people without the knowledge of their past history, origin and culture is like a tree without roots ( Marcus Garvey). 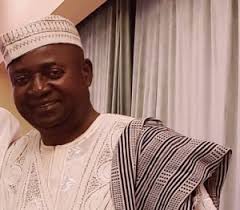 Mr. Edmund Zar-Zar Bargblor is an educator. He is a graduate of Cuttington University in Liberia, Howard University in the United States, and the Israel Institute of Technology. He is a former Deputy Managing Director of the National Port Authority of Liberia. He can be reached at [email protected]

Spread the loveBy now, most people have read the story END_OF_DOCUMENT_TOKEN_TO_BE_REPLACED

Previous Post “He who is without sin can cast the first stone?” By Elder Siahyonkron J. K. Nyanseor, Sr.
Next Post Restart Liberia and Build a New Foundation By Ansu Opa Dualu