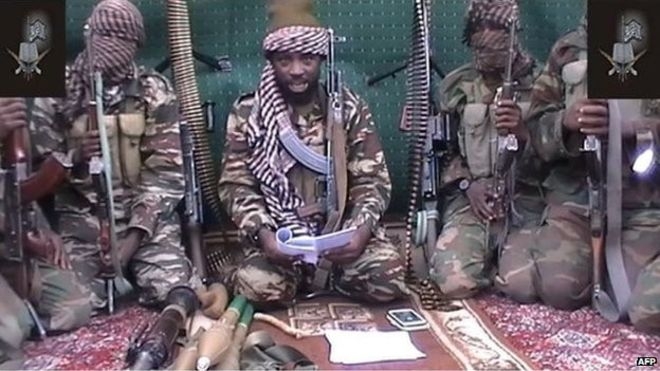 Among the major economic activities disrupted by the insurgency in Lake Chad were commercial fishing and farming of red pepper. These were major trading products upon which the local economy of a vast array of communities in the Lake Chad Basin, particularly Borno state in Nigeria, was dependent.

But in 2015 the insurgents took strategic steps to control and re-order trade in both products. They encouraged local fishing among the communities by the banks of the lake and created a new regime of levies and secure routes for fish traders to reach designated markets.

According to the World Food Programme, before the Boko Haram crisis, the combined fish and red pepper trades contributed 28 billion CFA Francs (48 million dollars) to the Nigerien economy, with most of this coming from exports to Nigeria. The red pepper or red gold farming and trade is estimated to employ over 300,000 people. 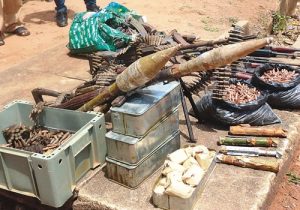 The leadership of the break-away Boko Haram, which metamorphosed into the Islamic State West Africa Province (ISWAP), seemingly more adept at economic planning, saw this and went ahead to design an elaborate scheme to control the sectors.

Because the structures of both the production and trade had collapsed, the ISWAP leadership sent emissaries to various camps of the internally displaced persons (IDPs) in Borno State requesting them to return to their farms, fishing and trading under their watch, HumAngle was told.

HumAngle gathered that several hundreds of households in the (IDPs) camps heeded the call, returning to resume farming and fishing activities in the islands. For many households among the IDPs, the desperate and inhuman conditions in the camps made their decision to follow the ISWAP offers easy.

In the years following the insurgency and cessation of fishing and farming, aquatic resources in Lake Chad had improved considerably.

HumAngle investigations showed that the new deposit of aquatic resources made the islands very attractive for several farmers and fishermen scattered across IDPs camps in Cameroon, Chad, Niger and Nigeria to return.

The new conditions of the lake served ISWAP in two ways: cobbling together an economy under its control and creating a strong basis for recruiting new fighters into its fold. They described the renewed aquatic life in the lake as a strong pointer that Allah had been pleased with the war they had been waging and was rewarding them on the instant with this symbolic manna from heaven.

But experts have attributed the blossoming of aquatic resources in the lake to the reduction of human activity in the region. These included reduced or cessation of irrigation farming for some years and reduced population around the lake.

The individuals and households in IDPs camps who heeded the call of ISWAP seem not taken in by any of the views. “It was difficult to choose between hunger where there is safety such as in an IDPs camp and the abundance of food, where life can end any minute,” said Adamu Baga, who just fled the Island in April to Diffa in Niger Republic.

Adamu, who spoke with HumAngle, confirmed that he paid taxes for the past three years for every carton of smoked fish and every bag of pepper. “I can’t say exactly how much money I have paid in three years but I am sure I and my three children have paid not less than N400,000 to N500,000 and we are not amongst the big farmers,” said Adamu.

There are hundreds of people that produce more than Adamu across the lake’s fishing and farming communities. Apart from the revenue that ISWAP makes from the levies paid by the likes of Adamu, it further makes a fortune from providing security to the farmers and on every product sold in the market.

The insurgents, as a group, are also directly involved in the businesses, HumAngle gathered.

An official of the Borno State government, who does not want to be quoted, said, “fish and other agricultural products from Baga were among the biggest sources of revenue in the state before the insurgency crippled the region.

“Now, most of the revenue from fish is shared between the military that confiscates the goods and the terrorists that charge levies for these items.”

A fish merchant who spoke to HumAngle said his “fishermen pay N15,000 each, every two weeks for fishing rights and for every six cartons of smoked fish, the local dealers on the ground give one cartoon to the landlords.

The levies constitute a steady stream of revenue fueling the activities of insurgents in the Northeast of Nigeria. Sources who are familiar with the trade and the collecting points along the supply chain estimate that the insurgents make millions in naira every day during the peak season of business.

“The insurgents also collect taxes from livestock farmers and herders that are based in the lake basin,” said our source. “It is called Hadaya, which is due every six months, and it is paid in the form of one large cow for every 30 cows in the herd.”

In return for the levies and taxes the community dwellers pay, the insurgents provide a framework for arbitration through its Hisbah, as well as access to basic medical services and security. The provision of security is principally for traders travelling from the islands to Kusiri Market in northern Cameroon and the Kinchandi Market in Niger Republic.

HumAngle reliably learned that fish from Kinchandi Market regularly end up in Hadeija, a commercial town in Jigawa state, as well as Kano, in Kano state while those from Kusiri Market in northern Cameroon end up in Mubi, Adamawa state, from where they are moved to different markets across Nigeria.

A Boko Haram defector, confirming the extent of fish trade and how important it is for the insurgents in the region, told HumAngle that most of the holes covered with rods and zinc as seen in photos from the recent Chadian operations were dug to process fish and package them for distribution to the market.

Every effort to get the exact figure that the Boko Haram factions make in Lake Chad was futile as the group does not declare revenue generated openly. “It is only in the Shura meeting that issues should be raised,” said a mid-level Boko Haram fighter, who added that apart from revenue from ransom, nothing could match the revenues from trade and taxes.

HumAngle, however, estimates that the revenues from these trades accruing to both ISWAP and the sub-faction of Boko Haram in Lake Chad run into several millions of naira every month, especially in the peak seasons for fish and red pepper.

Rather than disrupt the entire production and supply chain, the Nigerian military only focuses on tokenism by seizing consignments from traders on their way to the local markets. A fish merchant whose truckload of fish was seized by the army early in 2019 in Borno state, said traders continued to be in dilemma.

“I didn’t have any option but to pay the levy imposed on me for safe passage. It is the same thing if armed robbers stop you on the way, you either pay or be killed,” said the merchant.

He said up to date, the military had not given any explanation for destroying his truck and stock and that he did not know the whereabouts of his driver who was detained in Maiduguri.

Several accounts revealed that nutritionally, the fish from Lake Chad provide the bulk of the protein requirements of the rural communities in the territory. Additionally, fish supply from the region is known to account for over 70 per cent of fish products traded in large urban markets of southern Nigeria, namely Onitsha, Enugu, Lagos, Ilorin and Ibadan.

This carefully woven economic network created by ISWAP may have collapsed temporarily or permanently, considering that recent military onslaught on the insurgents by Chadian forces may have disrupted the very foundations of that economy.

HumAngle learned that the March 23 assault under which the Chadian forces routed the positions of the insurgents in the Lake Chad communities may have put paid to the economic livelines of the terror groups.

In addition, sources said that a clinical and silent campaign of identifying and eliminating suspected insurgents by members of the public was gaining popularity across major Chadian towns and cities.

Speaking concerning the implications of the sudden hostilities by Chadians against the insurgents, a source who is familiar with the cover that ISWAP and Boko Haram members had received in Chad, told HumAngle that “it will limit the group’s access to essential goods that are smuggled daily to the fighters.”

For example, HumAngle learned that some of the taxes or proceeds from trade were not paid in cash. They come in the form of trade by batter for essential commodities such as prescription drugs, spices, petrol, cooking stoves, phones, recharge cards, among others, sources said.

While the Chadians are making efforts to put a stop to this dark window, at least in their territories, it is business as usual in the Niger and Nigerian territories around the Lake Chad basin, sources said.

This news analysis is a partnership between the Premium Times Centre for Investigative Journalism and Humangle Media Foundation under the media and terrorism project.

Spread the love
Liberia: “The Time of the People Has Arrived” By Elder END_OF_DOCUMENT_TOKEN_TO_BE_REPLACED
Topics: Haram Sustains Operations Through International Trade In Smoked Fish
Previous Post Abba Kyari: A Death By Reuben Abati
Next Post The Satanic Trinity Of El-Rufai, His Son, And His Wife By Reno Omokri