Europeans’ Preoccupation with Being Superior Is the Cause of their Racism! 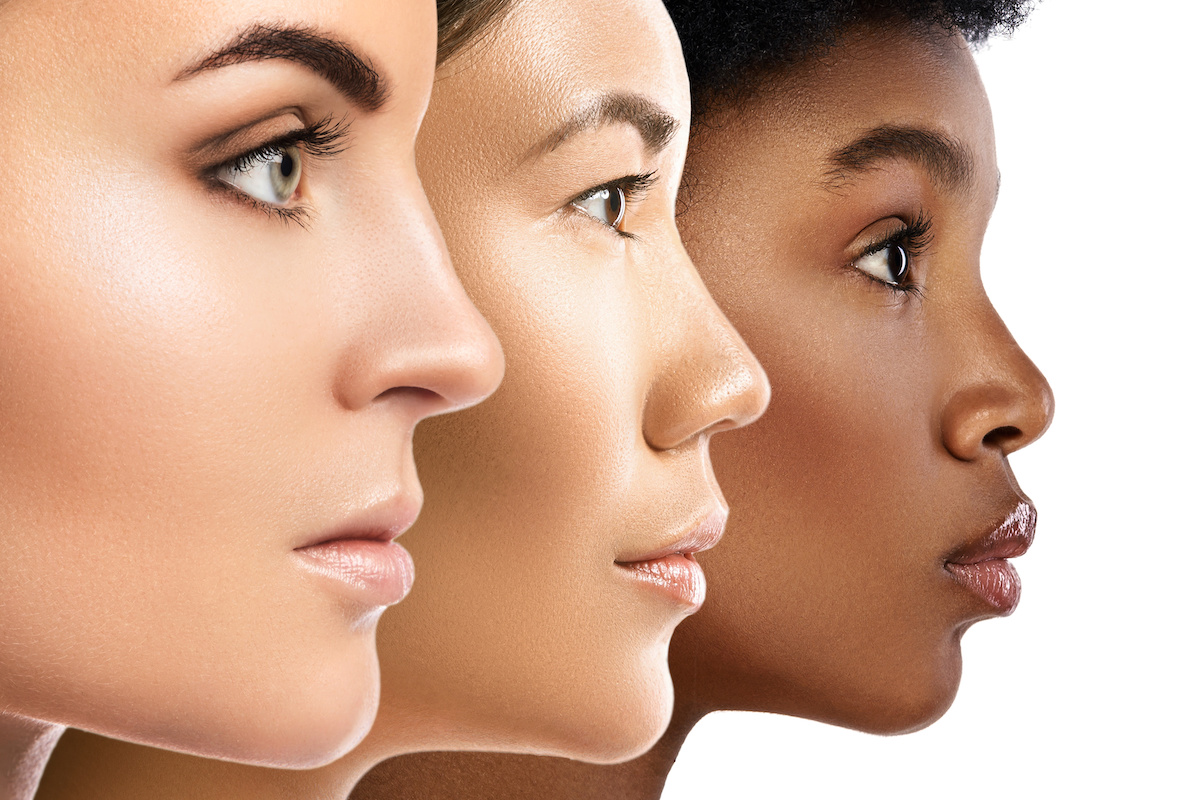 There are two Wills upon which a person takes action: 1. Man and 2. God’s Wills. Man’s Wills is what we do without involving God, whereas God’s Wills is whatever we do we think of God first. God is not a micromanager, as the result, He gave Man free Will to worship and serve Him. God puts inside us the desire to do what is right. Yet certain people who say they study the Scriptures, imposed their personal beliefs; instead of getting their beliefs from the Bible. As believers, we should study the Scriptures and get to know the definitions of every word; to which we are reminded by 2 Timothy 2:15 (NJV) 15 Study to shed thyself approved unto God, a workman that needed hot to be ashamed rightly dividing the word of truth. It is said; the truth shall set you free.

Since God is the creator of all THINGS, personally, I believe He created the Social Media platform as a way of exposing LIES told about other people because those with power and stolen wealth had the advantage to set standards by which the world is ruled. The classic example is the LIES Europeans (Whites) told that they are Superior and Africans are Inferior due to the color of their skin.

Yet, in the Bible, “Race” is a word that is used in reference to all people. The Scripture uses the word race to describe all human beings as being of one blood. God’s Word mentions families, tribes, peoples and nations when referencing what is today refer to as race. Acts 17:26 says, “And He made from one man every nation of mankind to live on all the face of the earth, having determined allotted periods and the boundaries of their dwelling place…” From reading this, we know that all humans are descendants of Adam, the first man. First Corinthians 15:45 says, “Thus it is written, ‘The first man Adam became a living being’; the last Adam became a life-giving spirit.” Jesus Christ is the last Adam. This means that all people are of the same race, the human race.

The concept or idea of different races did not come from the Bible. The truth is we are all people of the same race. But for control of the earth’s abundant resources, Europeans (Whites) twisted the Bible and made race a source of division. One such example is the story of Cain and Abel, the first born sons of Adam and Eve. After Cain killed his brother Abel out of jealousy and anger, God cursed Cain to wander around the world without direction. Writer Frankie Rodriguez shares how some have taught that this mark was a different skin color, the first racial designation, passed down through Cain. This is not what the text says, “The Bible says the mark was a clear warning that ‘anyone who kills Cain will suffer vengeance seven times over”.

According to The Original African Heritage Study Bible (KJV): 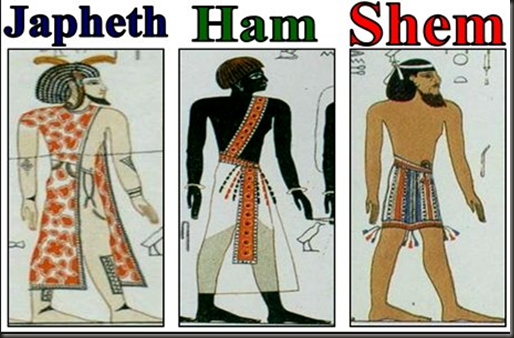 The “curse of Ham” is a post-biblical myth. In fact, the sons of Noah-Shem, Ham, and Japheth-do not represent three different races. (It is an absurdity of no small order to claim that Noah and his wife could produce offspring that would constitute three distinct racial types!) In Gen. 9:18-29, Ham is not the recipient of a curse. The text explicitly says, “Let Canaan be cursed.” Furthermore, Ham does mean “black” in Hebrew; it translates literally as “hot” or “heated.”

It does not make sense to say, logically or scientifically, that within the ten generations from Adam to Noah (and without the introduction of any outside factors), a genetic change took place which allowed one man (Noah and his wife (of the same race as himself) to produce children who were racially different! This is the logic many would have modern reader believe. (The Original African Heritage Study Bible, p. ix)

“We live in an age when young Christians are asking tough questions that previous generations would dare to ask. This generation doesn’t hesitate to question the validity of the Scriptures, the efficacy of the church and even the historicity of Jesus. Young people are becoming increasingly curious as to what role, if any, did people of African descent play in biblical history? Or, if the Bible is devoid of Black presence, and is merely a book by Europeans”, wrote Dr. Theron D. Williams.

Even though, God said, “I create man in my own image”; Europeans practically wrote Africans out of the Bible; new maps of the world were drawn and anything Europeans did not understand or which did not originate from Europe was subjected to European mis-interpretations. In their quest to have the rest of humanity look, act and behave like them, their colonization scheme was hatched to ‘civilize’ and ‘Christianize’ all people of color. With this came the re-interpretation of the Bible that started with the assault on African culture. This is the origin of European academic racism that is preoccupied with de-Africanizing the sacred stories of the Bible to the point of NOT accepting the fact that God created all of mankind in his image; including Africans, and all people of color.

However, I often wonder How did the west manage to convince Africans that polygamy is evil but homosexuality is human right? 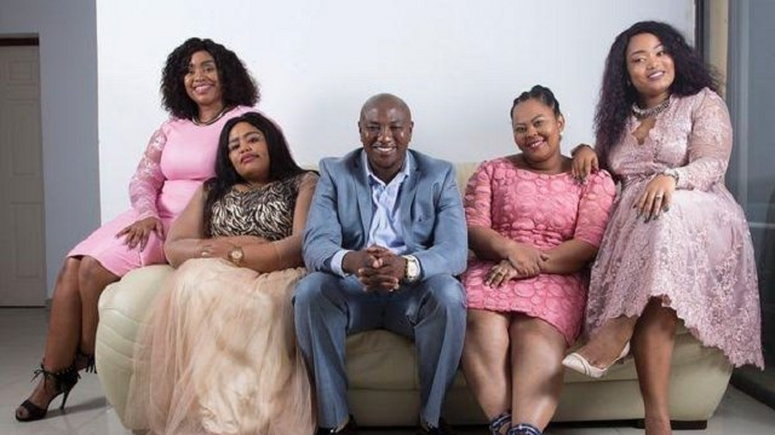 The Factors listed above caused White people (Europeans) to tell Lies about Africans. A good example is the story of Joseph and his brothers…African slavery is not based on skin color.

JOSEPH AND HIS BROTHERS 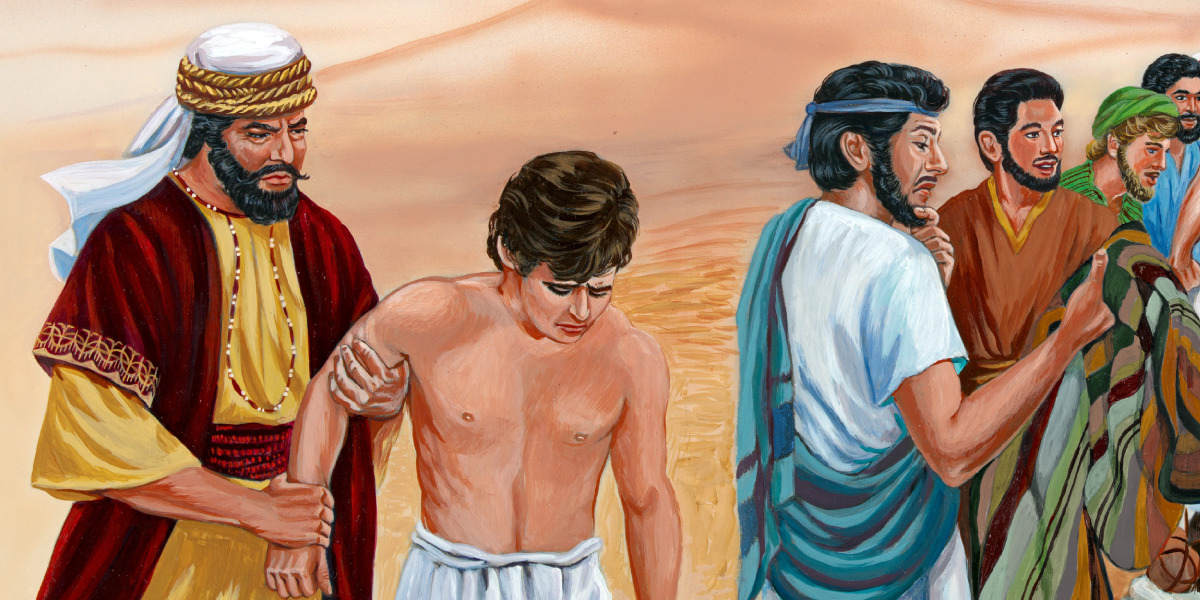 Joseph was the second youngest of twelve brothers born to Jacob, who was called Israel. In Genesis 37:3–4 we read, “Now Israel loved Joseph more than any of his other sons, because he had been born to him in his old age; and he made an ornate robe for him. When his brothers saw that their father loved him more than any of them, they hated him and could not speak a kind word to him.” The same passage also discusses two dreams Joseph had that angered his brothers; the dreams indicated his brothers would someday bow to him. Joseph’s brothers also despised him due to their father’s overt favoritism toward him.

One day, Joseph traveled to check on his brothers while they were watching their sheep. His brothers plotted against him, threw him in an empty well, and later sold him as a slave to some traveling Midianites. Applying animal blood to his “ornate robe,” they returned home and made Jacob believe his son had been killed by wild animals.

In the meantime, Joseph was taken to Egypt and sold to the captain of the guard, Potiphar, as a household slave. Joseph was later falsely accused of attempting to rape Potiphar’s wife and thrown into prison. While in prison, Joseph accurately interpreted the dreams of two of Pharaoh’s servants, who were also incarcerated. Later, Pharaoh had a disturbing dream no one could interpret. One of the servants Joseph had previously helped then suggested to Pharaoh that Joseph could interpret the dream. Joseph was summoned from prison, and he interpreted Pharaoh’s dream in such a powerful way that he was appointed second-in-command over Egypt.

Pharaoh’s dream predicted seven years of famine. During the famine, Joseph’s older brothers came to Egypt to buy food. They did not recognize Joseph, now twenty years older, and he treated them harshly, pretending that he thought they were spies. Joseph kept one brother in prison until the others brought their youngest brother, Benjamin, back to Egypt to prove they were not spies. They brought Benjamin with them on a return trip, and, after a series of twists that included his brothers bowing before him—in fulfillment of Joseph’s dream of long ago—Joseph revealed himself to his brothers. They were shocked, yet soon glad to be reunited. Joseph sent word for the entire family to join them in Egypt until after the famine.

Later, when their father, Jacob, died, Joseph’s brothers feared that Joseph would take revenge against them for their prior treatment of him. They came to Joseph and begged for his forgiveness, appealing to a request their father had made before he died (Genesis 50:16–17) Joseph wept when he heard their appeal. Revenge was the last thing on his mind. Joseph said to them, “Don’t be afraid. Am I in the place of God? You intended to harm me, but God intended it for good to accomplish what is now being done, the saving of many lives” (Genesis 50:19–20).

CONCLUSION
In the story of Joseph and his brothers, we see the themes of forgiveness, the father-son bond, sibling rivalry, brotherly love, God’s sovereignty, and God’s greater good in times of suffering. Just like Joseph, we are called to forgive those who have offended us and see life’s experiences as part of God’s plan to help us serve others.

Spread the loveOf all the updates that have been given END_OF_DOCUMENT_TOKEN_TO_BE_REPLACED