The Celebration of Black History Month in the United States: Is it an Integral Part of Africans’ Experience in the Americas? By Edmund Zar-Zar Bargblor 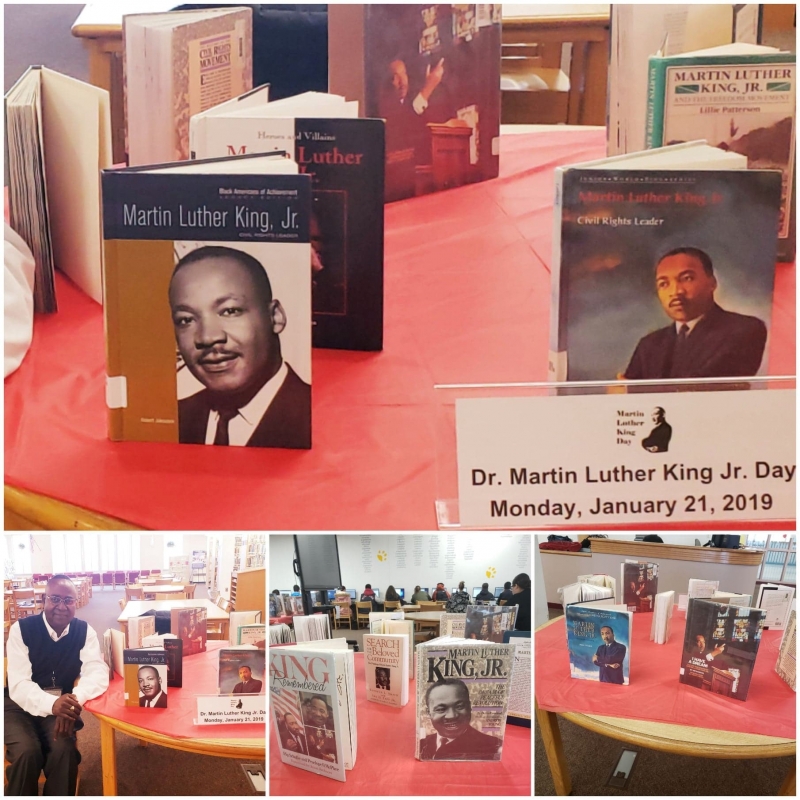 The Celebration of Black History Month in the United States:

Is it an Integral Part of Africans’ Experience in the Americas?

Annually, the Month of February in the United States is the time when African-American scholars and political leaders will re-echo the contributions African-Americans have made to the development of the United States and the world in general. It is the time of the year when blacks, be they African- Americans, Haitians, Liberians, Nigerians and all people of color need to reflect on their African heritage, culture and how far they have come in understanding the struggles and sacrifices others have made during the days of yesteryears in America. Wikipedia informs   that ‘Black History Month, also known as African-American History Month in the U.S., is an annual observance in Canada, the United Kingdom, the Netherlands and the United States. It began as a way for remembering important people and events in the history of the African diaspora. It is celebrated annually in the United States and Canada in February, as well as in the United Kingdom, the Netherlands and Republic of Ireland in October.’

When discussing the importance of Black History month, the legacy of slavery still holds a haunting place in our collective memory. For Africans residing in the Diaspora, especially those in America, this is an opportunity to understand the impact of slavery on the lives of African-Americans and how this experience has impacted their perceptions about the continent of Africa and its peoples.

The African experience in America is a duality, the negative attributes of slavery and its positive counterparts of human progress/development. Like any other human experience, there are conditions that entail negative and positive expressions – realities that continue to intrigue the minds of men. Conditions that appeared to be negative in nature might interestingly have positive manifestations which man fails to initially comprehend.

History, in my view, provides a story; a narration of human events, and the possibility to learn from the mistakes of others whose past activities continue to impact and sometimes influence human actions in contemporary times. A month to celebrate Black History in America, indeed, is a time to reflect on the contributions of Blacks to the advancement of human civilization. Also, it is a time to promote events that disseminate information to American youth about the importance of the History of African-Americans. The story of African-Americans is a significant attribute of the American story. Blacks’ contributions have been exceedingly overlooked in American secondary school curriculum. Elissa Haney, in her article, ‘The History of Black History,’ pointed out that Americans owe the celebration of black History Month, and more importantly, the study of black history to Dr. Carter G. Woodson.  Dr. Woodson was born to parents who were former slaves; he spent his childhood working in the Kentucky coal mines and enrolled in high school at age twenty. Elissa disclosed in her article that Carter G. Woodson graduated within two years and later went on to earn a PhD from Harvard University. Dr. Woodson accordingly, chose the second week of February for Negro History Week because it marks the birthdays of two men who greatly influenced the black American population, Frederick Douglas and President Abraham Lincoln. His hopes to raise awareness of African-American’s contributions to civilization was realized when he and the organization he founded, the Association for the Study of Negro Life and History (ASNLH), conceived and announced Negro History Week in 1925. The event was first celebrated during a week in February 1926.

Another American writer, Shauntae White, wrote an article entitled ‘Black History Month, the Origin,’ said: “the celebration was expanded to a month in 1976, the nation’s bicentennial. President Gerald R. Ford urged Americans to ‘seize the opportunity to honor the too-often neglected accomplishments of black Americans in every area of endeavor throughout our history.’ That year, fifty years after the first celebration, the association held the first African- American History Month. By this time, the entire nation had come to recognize the importance of Black history in the drama of the American story. Since then each American president has issued African-American History Month proclamations. And the association—now the Association for the Study of African American Life and History (ASALH), continues to promote the study of Black history all year.”

The month of February for most African Americans is indeed very special. This month has its significance in Black American History. It has been recorded that: February 23, 1868 Dr. W. E. B DuBois, renowned civil rights leader and co-founder of the NAACP was born.

·       February 12, 1909 the National Association for the Advancement of color People (NAACP) was founded by a group of concerned black and white Americans in New York City.

·       February 1, 1960 in what would become a civil-rights movement milestone, a group of black Greensboro, N.C., college students began a sit-in at a segregated Woolworth’s lunch counter. In my years of teaching, students continued to manifest the need to learn more about the history of African- Americans (http://mentalfloss.com/article/91756/why-was-february-chosen-black-history-month). 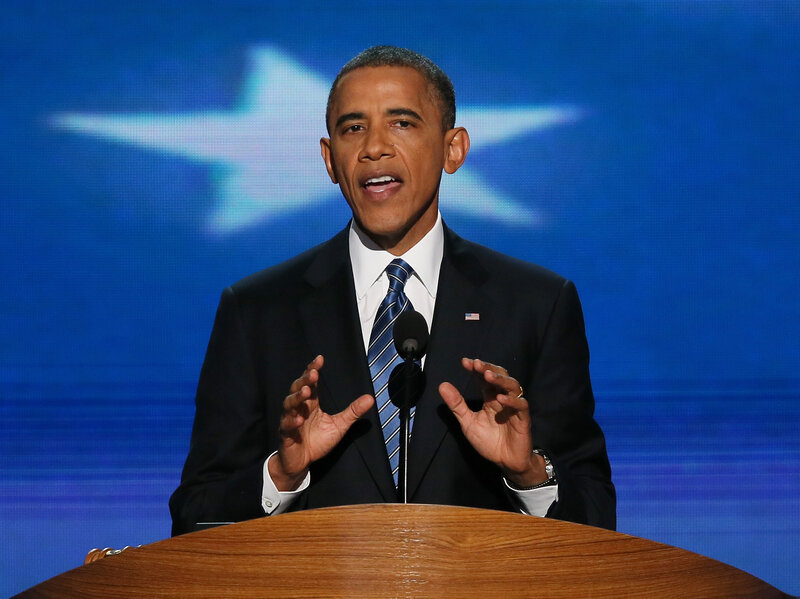 African-Americans have made great progress over the years, the election of Senator Barack Obama as America’s 44th. President demonstrates that, Americans as a whole are willing to advance the cause of racial equality.

African-American youth who want to know their history and the values of their forefathers, paved the way for others to advance the status of African-Americans. In 1996, MEE Productions Inc., to learn more about the attitudes of some students in Los Angeles, Chicago and Philadelphia conducted research in an endeavor to ascertain their feelings regarding black history. The following are some of the key findings from the focus groups, which resonated with the diverse group of young people who participated in the project.

2.    Strong desire to know the history. Many youth lamented the inadequate or nonexistent African-American history that they had received in school. Others were embarrassed by their own lack of knowledge. Majority felt that it was important for all young people to know their history because it lets them know “who they were, where they were at, and how they got there.”

3.    Preference for accomplishments instead of horrors. To the youth, the images of slavery generally offered are cruel, ugly, and hateful. Participants were adamant that they also wanted to learn about the accomplishments of African-Americans during this period as well as stories of slaves overcoming, and thriving, or actively resisting despite the horrors of slavery (MEE Productions Inc.).

As we celebrate Black History Month, let us be mindful that many of these achievements would not have been possible without the educational opportunities presented by Historically Black colleges and Universities. These institutions are a great source of accomplishment and pride not only for the African-American community, but for the entire United States. Dr. Martin Luther King, Jr., Thurgood Marshall, first black Supreme Court Justice, and Barbara Jordan, graduate of Texas Southern University, who was the first black woman elected to the Texas Senate, are a few examples of black civic and government leaders who attended Historically Black Colleges and Universities.

The founding fathers of America must be commended for their vision of democracy that continues to inspire the world, especially African nations. Many Africans who return home after completing their studies in the United States

occupied leadership positions. For example, Dr. Nnamdi Azikiwe, a graduate of Lincoln University, Pennsylvania, was elected first President of Nigeria. Dr. Kwame Nkrumah, also of Lincoln University, returned home to Ghana and became that country’s first President after British Colonial rule in 1957. American institutions of higher learning including Historically Black colleges and universities continue to transform the image of the United States and the African-American community throughout the world.

Interestingly, the leadership of Lincoln University named one of its halls in honor of the former presidents of the Federal Republic of Nigeria and the Republic of Ghana on its main campus. Accordingly, “Azikiwe-Nkrumah Hall, built in 1865, is the oldest building on campus. It was built during the Civil War when the university was originally known as Ashmun Institute. Initially a residence for professors, the building later became the African Center and is currently used as campus security offices. It is named for two distinguished alumni, Dr. Nnamdi Azikiwe ’30, the first president of Nigeria and Dr. Kwame Nkrumah ’39, the first president of Ghana” (https://www.lincoln.edu/azikiwe-nkrumah-hall).

In the celebration and discussion of Black History Month in the United States of America, it is important also to reflect on the name of the Republic of Liberia, especially its birth as a sovereign nation.  Accordingly, in 1847, “the American Colonization Society (ACS) encouraged Liberia to proclaim independence, as it no longer wanted to support it. The United States declined to act on requests from the ACS to make Liberia an American colony, or to establish a formal protectorate over Liberia, but it did exercise a “moral protectorate” over Liberia, intervening when European powers threatened its territory or sovereignty. Northern state governments continued to provide some donations to the country in the 1850s before the American Civil War (https://en.wikipedia.org/wiki/History_of_Liberia).  Liberia is undoubtedly an integral part of the Africans’ experience in the Americas, especially in the United States of America.

Indeed, by reliving and remembering history, this celebration brings an awareness of the struggles and challenges that African-Americans overcame in the United States.  The selection of the Month of February was undoubtedly, a time designated for reflection, open dialogue, interdisciplinary education, and shared advocacy initiatives.  Indeed, the celebration of Black History Month in the United States is undoubtedly a reflection of Africans’ experience in the diaspora.

HAPPY BLACK HISTORY MONTH TO ALL

Mr. Edmund Zar-Zar Bargblor is an Educator. He is a graduate of Cuttington University, Liberia; Howard University, Washington, D.C, and Israel Institute of 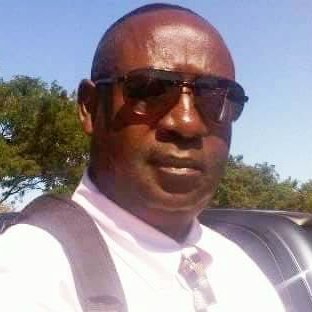 Technology, Haifa, Israel. He is a former Deputy Managing Director of the National Port Authority of Liberia, NPA, and former Chairman of the Department of Mathematics, Bong Town High School, Bong Mines, Liberia; Instructor of Mathematics, Providence School Department, Rhode Island, USA. He is a three times recipient of Who’s who among America’s teachers

. He can be reached at [email protected]

Topics: black history month
Previous Post Liberia: A Sad Story Disconnected from the Real and Hidden Legacy of Ellen Johnson Sirleaf By Jones Nhinson Williams
Next Post A PRAYER FOR NIGERIA AND LIBERIA.

Spread the love“We, Yoruba, lead in the choice of the END_OF_DOCUMENT_TOKEN_TO_BE_REPLACED