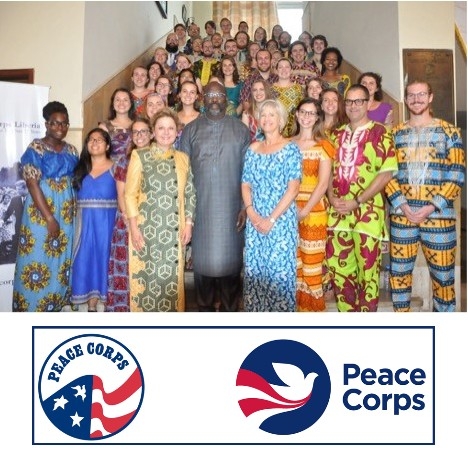 Peace Corps Volunteers were first invited to Liberia in 1962, and more than 3,800 of them served in Liberia until the civil war in 1990. It was during President Kennedy's Administration that this wonderful organization was given birth to format enlightenment to the world. From 1962 until 1990, Peace Corps Volunteers served in every facet of Liberia’s development efforts with emphasis on education, agriculture, rural development, and health education.

President George Weah and the US Peace Corps in Monrovia

In some of my articles, I stated the civil war in Liberia exacted terrible tolls on the people, especially the elderly and children. Children and their families suffered as refugees, displaced people within their own national borders, and the civilian population that remained at home and outside the war zones were highly traumatized. The wars affected children's physical health, mental health, day-to-day life, and their future dreams. In addition, the war extracted a heavy toll on the health care system through the loss of facilities and infrastructure; the loss of supplies and equipment, and the flight of physicians and nurses. Moreover, the war caused economic hardships due to fewer resources for health care. Prior to the war, there were several medical doctors and nurses in the country. The number of these medical professionals decreased tremendously as the war continued.

Mrs. Graça Machel, an Expert of the Secretary General of the United Nations stated in her report on child soldiers that, when children experienced traumatic or other events in times of war, they suffered from increased anxiety regarding the separation from their families. The separation caused these child soldiers nightmares and trouble sleeping. Mrs. Machel emphasized that children have problems playing and laughing; they lack appetites to eat and even withdraw from having social contact with their peers. Furthermore, the younger children have difficulty concentrating in school. Usually, the older children and adolescents become anxious or depressed as well as feel hopeless about the future; eventually many of them developed aggressive behaviors.

Many in the professions of education and behavioral sciences have stated that infants and toddlers who witnessed violence either in their homes or in their community have shown excessive irritability, immature behavior, sleep disturbances, emotional distress, fears of being alone and regression in toileting and language skills. Exposure to trauma, especially violence in the immediate environment, interferes with a child’s normal development of trust and later exploratory behaviors, which lead to the development of autonomy. Despite the limited research in this area, however, much can still be gleaned from existing studies about the effects of children’s exposure to violence. The presence of the Liberian youth classified as Zogos is an excellent example in Liberia.

The Liberian Civil War (Evil war) produced the group referred to as the Zogos. The government needs to provide rehabilitation treatment programs and living facilities for them to become useful citizens. 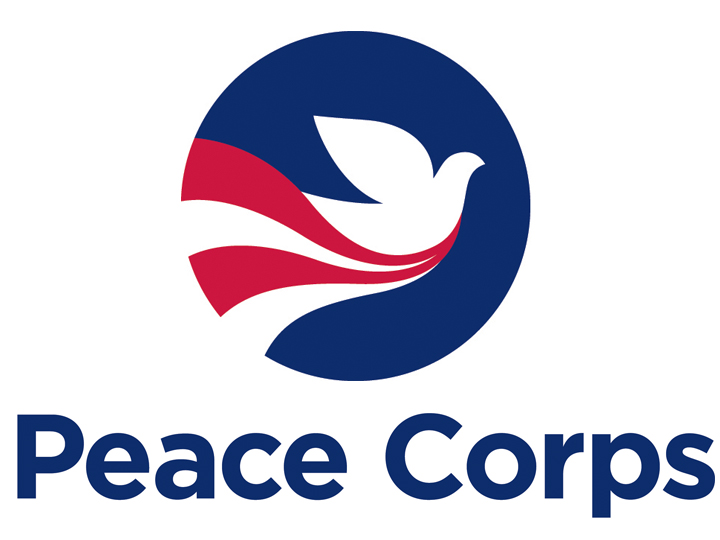 President John F. Kennedy who founded the Peace Corps stated the followings as their responsibilities:

Those that were assigned in Liberia taught in the secondary education program; worked as English, science, and math teachers. But in July 2014, they were evacuated from Liberia due to the Ebola crisis. In June 2015 and June 2016, Peace Corps Liberia received its first group of 2-year education-sector Volunteers since the Ebola crisis. (https://www.peacecorps.gov/liberia/about/)

These young men and women contributed immensely to the educational system in Liberia due a leader’s vision, and that leader was President John F. Kennedy. He was a visionary, who was willing to try new ideals; one of which was the challenge he made to students in1961 that has since captured the imaginations of thousands of Americans. He challenged them to give up pay or a salary for a period of time to volunteer in working towards peace overseas.

One of President Kennedy’s profound statements regarding the Peace Corps Volunteers is worth mentioning here. It reads:

“But if the life will not be easy, it will be rich and satisfying. For every young American who participates in the Peace Corps – who works in a foreign land-will know that he or she is sharing in the great common task of bringing to man that decent way of life which is the foundation of freedom and a condition of peace”.

Currently, the Peace Corps supports classroom teaching and strengthening the capacity of teachers, through its programming. Volunteers are placed at government junior or senior secondary-level schools where they have the opportunity to make positive impacts on the lives of Liberian youth by providing them with educational instructions and opportunities for extracurricular activities. These Volunteers collaborate with principals, teachers, and parents to improve school management, introduce innovative teaching techniques, facilitate the use of school libraries, encourage student organizations, promote career opportunities, and participate in vacation academic programs.

However, according to an article in FrontPageAfrica, a spokesperson from the US Embassy in Monrovia stated: the reduction of the Peace Corps Volunteers from Liberia is due to “Recent difficulties in reliably obtaining needed funds from banks up-country and in Monrovia are affecting the ability of the Peace Corps to sustain Volunteers working far from Monrovia. Consequently, the Peace Corps has made the decision to reduce temporarily the number of Volunteers in Liberia to ensure access and support to them. Peace Corps Volunteers will continue to serve in three counties – Bong, Margibi, and Montserrado. We are very appreciative of all the support our Volunteers’ communities have provided throughout Liberia. We hope this temporary reduction is short-lived and look forward to when we can again have Volunteers serving in most Liberian counties.” (https://frontpageafricaonline.com/news/liberia-u-s-embassy-pulls-out-peace-corps-volunteers-amid-difficulties-in-getting-money-from-banks/).

The CDC Government has yet to grant Dual Citizenship to Diaspora Liberians and perhaps, the current deplorable atmosphere, is due to the lack of prevailing financial transparency in the nation. This might be responsible for the untimely departure of the Peace Corps Volunteers serving in Liberia. Their departure will have a serious impact on the educational system. These are self-inflected problems that have the propensity to create doom days for the Liberian people.

Partial History of Liberia’s Exclusive Educational System is worth talking about at this stage of the article because it played major role in the behavior of the present leaders, which includes many of the members of the present Liberian Legislature. These members need to realize or perhaps know the unfortunate events of Liberia’s History that is responsible for the Apartheid Liberian Educational System. The Liberian founding fathers intentionally undermined the Education of indigenous African children. The indigenous Africans were excluded from citizenship in the new republic until 1904.

In order for indigenous children to be educated, many of them were sent to live with families of descendents of the founding fathers; where they served as domestic servants. The indigenous children who lived with these families had to change their tribal (native) names to European, American or so-called Christian names. The rationale provided for the change of names they were told, is part of the ‘civilizing’ process.

Prior to the administration of President William Richard Tolbert, Jr., Indigenous Liberians were treated as subhuman. The founding fathers and their descendants defecated in the buckets at night and indigenous children had to carry the human waste to the outhouse in the morning. In order to obtain education, this is condition and atmosphere in which “Indigenous Liberian children found themselves”. It is believed, their native names from the (country) village did not have the audio effect of the ruling class.

Fortunately, the presence of the American Peace Corps saved the day. Their infusion helped to change the direction of Liberia’s education system; especially educating the children of the Indigenous Africans in Liberia. More than 4,035 Peace Corps Volunteers have served in Liberia since the program was established during the Tubman Administration in 1962.

Today, it is shameful, especially, when over 80% of the members of the Liberian National Legislature are indigenous, including the current President George Manneh Weah. This is indeed disappointing! Members of the Liberian Legislature should address the Peace Corps Volunteers’ concerns regarding the ‘Safety’ and ‘Reliably obtaining needed funds from Banks Upcountry’, at the earliest convenience.

Since the presence of these American Peace Corps Volunteers in 1962, they penetrated the interior of Liberia, educating the children of Liberia’s indigenous population. Therefore, they need to be applauded for the contributions they have made towards education and the development of democracy in the country. Also, they made it possible for the youth to overcome the peril of illiteracy. More importantly, the 14 years civil war has taught us the lesson about the impact illiteracy has on a developing nation like ours. It is believed that eighty percent of the country’s population is considered uneducated. This it is not a laughing matter; it is a time bomb waiting to explode. But the presence of the American Peace Corps Volunteers and other educational institutions were able to assist in making some improvement in this area. These institutions, especially international organizations, need to operate in an atmosphere favorable for them to help us in the areas of Education, Health and Road Development initiatives.

I say to the American Peace Corps: ‘thank you, thank you’ and ‘thank you’ for your Service. You have and continue to make a difference in the lives of young Liberians. This writer too, is a recipient of your generosity. Undoubtedly, your departure from Liberia will have a profound negative impact in Liberia’s Education. Indeed, you are America’s Humane Gift to the world.

Spread the loveAs the nations of the world endeavor to END_OF_DOCUMENT_TOKEN_TO_BE_REPLACED

Previous Post Femi Falana narrates the build-up to Sowore and Bakare’s rearrest by the DSS
Next Post Were African Slaves Sold on Friday at a Discount: True or False? By Elder Siahyonkron J. K. Nyanseor, Sr.

Spread the love“We, Yoruba, lead in the choice of the END_OF_DOCUMENT_TOKEN_TO_BE_REPLACED

Spread the loveAccording to history, the settlement and founding of END_OF_DOCUMENT_TOKEN_TO_BE_REPLACED