Does Sending Money to Family Members in Africa, Create A Culture of Dependency? By Edmund Zar-Zar Bargblor 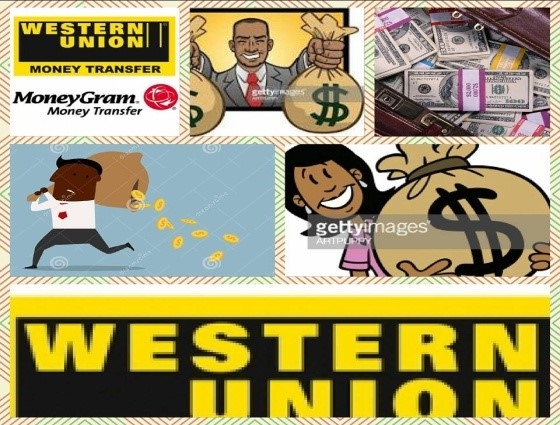 ‘Remittance’ is perceived as “funding that is sent or transferred to another party usually abroad. Remittances can be sent to another country via a wire transfer, mail, draft, or check. Remittances can be used for any type of payment such as an invoice, but it's typically used to pay family members back in a person's home country” (https://www.investopedia.com/terms/r/remittance.asp).

Very often remittances create a culture of dependency, where family members who receive remittances are not really interested in working. Their basic needs are covered and they do not need to look for work. This is a phenomenon that is extremely painful for most Africans in the diaspora. Another phenomenon that has been observed in some places is that remittances increase local market prices and exchange rates in the country receiving the remittances. This is a huge disadvantage for locals that do not benefit from remittances.

In Liberia, and perhaps other African countries, remittances are spent mostly on consumption rather than investment, on ceremonies and luxuries rather than essentials.  Fostering agricultural activities are often ignored. Liberia, with her

rich farming soil, most often the soil is not fully utilized. It is even sad, family members from the diaspora go through negative experiences whenever they visit Liberia. Most often upon their arrival into Monrovia, they will be responsible to buy food items, such as rice, pepper, greens, palm oil, water, etc. How can a “stranger” provide food for the “host relatives”?  This is against the practices of our forefathers.

In the interior counties, the situation is even worst. The interior areas in Liberia have rich soil for agricultural purposes. However, due to some unknown reasons, our people are not pursuing this endeavor. Every weekday there are lines upon lines of people at Western Unions or Money Gram centers, waiting for handouts from relatives in the diaspora.

Those of us in the diaspora need to encourage our people to go into farming or engaging vocational skills, instead of sitting around doing nothing. This is not in the best interest of our individual economic progress. The Liberian Government, irrespective of who is the president, doesn’t have the resources to employ every citizen. Government, nevertheless, has the responsibility to provide the basic services for its population – meaning, setting up vocational training centers, the building of farms to market roads, connecting towns and villages through assessable road networks, etc. To improve agricultural activities, villages and towns in the interiors of Liberia need to be connected. Perhaps the superintendents in the various counties need to foster and enhance agricultural activities.

The World Bank’s report of 2012, relevant to global remittances, pointed out that Liberians in the Diaspora out-beat per GDP other Africans living abroad by “remitting $378 million in 2012, an increase of $18 million from 2011 remittance of $360 million, a more than 31% of global remittances and third of Liberia’s GDP in 2012” (The New dispensation, 6 February 2013).

These statistics demonstrate and show that Liberia, as a nation, has benefited economically from its nationals in the diaspora.

Some Strategies put in place by the United Nations

In 2015, the United Nations issued a call to action to eradicate global poverty, reduce economic inequality and place the world on a more sustainable pathway: the 2030 Agenda for Sustainable Development. This comprehensive undertaking affirms the need to reach 17 specific Sustainable Development Goals (SDGs) and proposes several ways to mobilize the additional resources required to realize this ambitious – but achievable – agenda; of these, SDG 10 specifically refers to safe migration’(https://www.un.org/en/events/family-remittances-day/un-action.shtml).

The United Nations have outlined some of the Sustainable Development Goals (SDGs) and proposes several ways to mobilize the additional resources.

•    “Remittances represent up to 60 per cent of recipients’ families on average and typically more than double a family’s disposable income and help deal with uncertainty, allowing them to build assets.”

•    “In rural communities, half of remittances are spent on agriculture-related expenses.

improves nutrition, particularly among children and the elderly.

•    Infants born into remittance families have a higher birthweight and are less likely to die during their first year.”

•    “One of the main reasons migrants send money home is to ensure access to better education for their children.

•    Remittance-receiving households have demonstrably better educational participation than non-recipients, and invest about one tenth of their income educating their children.

•    “Women migrant workers now comprise half of all remittance senders: 100 million in total.

•    Remittances transform the economic role of women both on the sending side and receiving end through financial independence and better employment opportunities.

•    While women remit approximately the same amount as men, women tend to send a higher proportion of their income regularly and consistently, even though they generally earn less than men.”

•    “To create social capital and pool funds to address local needs, migrants and/or their families often organize themselves into neighborhood organizations in their communities or through Hometown Associations (HTAs) abroad.”

•          “Remittances have a positive impact on family assets and overall quality of life when invested in housing, and they are more likely to be used for home improvements than for home purchases.

•          Affordable solutions for poor households and their communities are already available, including efficient cooking devices and clean energy solutions.

•    “As remittance families increase their purchase capacity and change their consumption patterns, they can do so by meeting individual needs and aspirations within the ecological limits of the planet.”

•    “Migration is increasingly becoming a consequence of climate change. Remittances and diaspora investment play a crucial role in mitigating its negative impacts and helping cope with income shortages due to weather-related shocks.

•    “Money held by remittance-receiving families and migrants’ savings in host countries improve financial resources available to the general economy. This capital can be maximized when coupled with financial

•    By reducing average costs to 3 per cent globally, remittance families would save an additional US$20 billion annually.

To end on a positive note, one of the key and most important roles of remittances, in my view, is their significant and powerful contribution to fight positively against poverty. Remittances are essential to the economic development especially, when part of these funds contributes, to support the building of human capital while allowing to pay expenditure for education and training for the young people of family members. Therefore, in certain countries,

remittances can contribute to the accumulation of human capital, and then to the growth of total factor productivity of the local economy (Chami and alii, 2008).

Moreover, when these funds are deposited in financial institutions whether local or intentional in terms of savings, this will imply a significant increase and raise the financial resources of financial institutions. Hence, it will encourage institutions to expand their performance by granting more credits to companies in their markets for short or long term loans. Importantly, when the family members of diaspora African encountered difficulties of credit rationing, the remittances enable them to get out of these difficulties and can finance their needs for consumption or their capital expenditures.

There is a need for Liberian writers to conduct research to help the public, have substantial literature and data indicating that remittances are often spent on essential consumption, investment in physical and human capital, and expenditures that improve welfare and productivity, including health, education, information and technology.

Remittances thus far, according to research, create a culture of dependency in the receiving country, lowering labor force participation, promoting conspicuous consumption, and slowing economic growth.  The Liberian Government needs to set up program that will develop strategies on how to understand the impact of remittances and to be able to formulate specific policy measures that will enable the nation to get the greatest benefit from these monetary inflows. Remittances in themselves, should serve as a temporary accommodation and not a permanent solution to family members financial problems.

Mr. Edmund Zar-Zar Bargblor is an Educator. He is a graduate of Cuttington University, Liberia; Howard University, Washington, D.C, and Israel Institute of Technology, Haifa, Israel. He is a former Deputy Managing Director of the National Port Authority of Liberia, NPA, and former Chairman of the Department of Mathematics, Bong Town High School, Bong Mines, Liberia; Instructor of Mathematics, Providence School Department, Rhode Island, USA. He can be reached at [email protected]. Also, he is on Twitter and one of the administrators of The African Intellectual Forum on Facebook: https://www.facebook.com/groups/Africanintellectualforum/).

Spread the loveBuhari’ government through the ministry of finance took END_OF_DOCUMENT_TOKEN_TO_BE_REPLACED