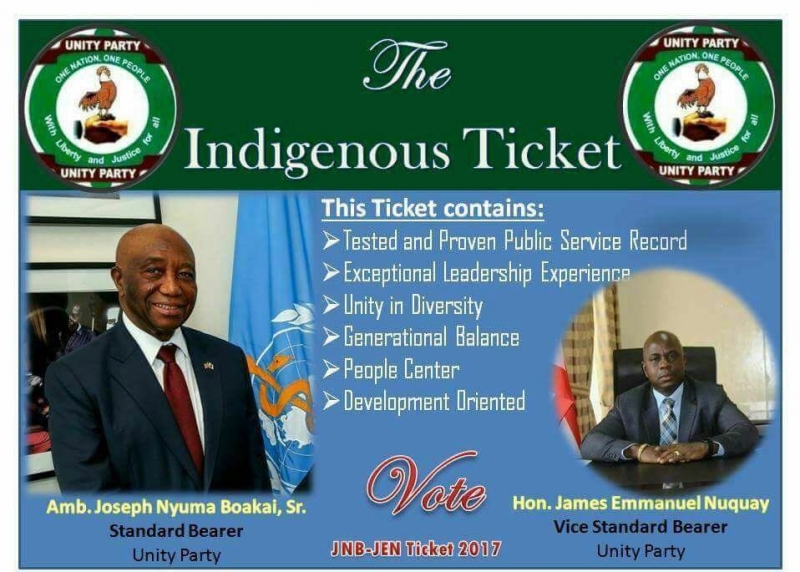 Rabbi Gbaba Frowns on Liberian Politicians using "Country v. Congau" to Sow Seeds of Disunity and Corruption in Liberia: Says “National Unity and Rule of Law Is Liberia’s Only Hope!”

I am saddened by the irresponsible comments some Liberian officials and supporters of the present regime make regarding the state of affairs in Liberia. It proves to me that most of them do not want peace in the country, because with rule of law in place, they will have no more relevance to the Liberian people and nation. Sadly, many illiterate Liberians, even including some Harvard graduates the likes of Ellen Johnson Sirleaf and her cohorts, delight in promoting warfare, lawlessness, mayhem, and atrocity, issuing threats of war and violence to an already beleaguered nation and people, to perpetuate a cycle of violence and economic genocide in Liberia.

Also, I am saddened that those who call themselves "Native People" who now are in power have committed and are still committing some of the worst atrocities against the "Native People" of Liberia by carrying out the agenda of the Congau people they overthrew thirty-nine years ago! In recent times Native sons and daughters in the National Legislature refused to implement the 2 2 mandate of the majority calling for the formation of a war crimes court. Instead, they created economic genocide to suffocate their own Native mothers, fathers, brothers and sisters in the hinterland and coastal areas by paying themselves huge salaries more than what lawmakers in the great United States earn. Thus, causing hundreds of thousands of Native people to die annually from curable like malaria, measles, diarrhea, etc.

Further, it is sad to see raw Native Liberians in power (Krahn, Kru, Grebo, Bassa, Lorma, Mandingo, Kissi, Kpelle, Gola, Mende, Vai, Deiweion, Belleh, Sapo, Mano, Gio, Gbandhi people), while Native people are suffering more than the Congau who are supposedly not in power. From the President of the nation to the Speaker of the House of Representatives, cabinet ministers, the Chief Justice, Associate Justices, are mostly raw Native people but there are no fitting hospitals, no drugs, no good schools, no safe roads to travel on, no electricity, no safe pipe borned in their Native villages and towns they originated from. The capital city of Liberia is as filthy as a dumpard and sixteen billion dollars went "walk about" in the pockets of a few government officials in broad daylight, with no accountability, and then you want to blame it on the Congau people???

Also, instead of speaking the truth and standing for justice and rule of law, you go on the rampage insulting patriotic Liberian citizens and say: "Congau people don't want Native man to rule Liberia", instead of admitting the corruption that is taking place? Why do you turn a blind eye to the truth? Why are you denying millions of Liberians including the youth, all the necessities they need to survive? Why are you supporting broad daylight theft in Liberia? If you believe in being Native, then why don't you help your own Native people and stop blaming the Congau people?

For instance, Liberian lawmakers, most of you are raw Native people from the bushes of Liberia. For most of you, there are no motor roads to get to your towns and villages. There are no schools, hospitals, clinics, no basic utilities let along flush toilets, etc. But look at the huge salaries you pay yourselves when the youth of Liberia are suffering. These are children most of whom were made orphans when Charles Taylor, Ellen Johnson Sirleaf and some family members of government officials of the Tolbert regime that were executed during the People's Redemption Council regime, as well as dissident 'progressives' that broke up with Samuel Kanyon Doe, raised millions of dollars to kill up 250,000 innocent and unarmed civilians, children, women, the elderly, etc.

When I divided 13 Congau government officials of the Tolbert regime that were executed by the number of Liberians and foreign nationals (250,000) killed during the Liberian civil war, I found out that the ratio was 1 Congau to 19, 230 innocent Native and Congau Liberians and foreign Nations killed to avenge the death of one Congau man! Also, instead of some of the Congau people advocating peace and reconciliation, some of them continue to be loud and provocative in public spaces, making all sorts of provocative statements, forgetting to realize the majority are suffering from the pains they caused. Yet, some of them own properties that they draw money from to fuel civil wars in Liberia. So, why not let a sleeping dog lie?

So, you see, fellow Liberians, the problem we have in Liberia is not about "Country v. Congau". It is about our mustering the resolve to call a spade a spade–to reinstitute rule of law so that we may all be answerable to and equal under the laws of Liberia. Therefore, please do not use "Country v. Congau" to sow seeds of disunity and to support corruption in Liberia to keep the inept in power. We should not use "Congau v. Native" as an excuse to create disunity in Liberia. Rather, I sincerely believe NATIONAL UNITY AND RULE OF LAW IS OUR ONLY HOPE and that is the direction I urge you to take as your playwright.

Rabbi Prince Joseph Tomoonh-Garlodeyh Gbaba, is Liberia’s leading playwright, theatre director and actor. He is a descendant of the Royal Household of the Nien Dynasty, Founder and Executive Director of Dehkontee Artists Theatre, Inc. (DATI), established at the University of Liberia 1977—forty-two years ago. DATI is a 501 © (3) nonprofit African-centeredcultural and educational organization currently located in Philadelphia, Pennsylvania, U.S.A.

Dr. Gbaba holds a Bachelor of Arts degree in English from Liberia College, The University of Liberia, and an MFA in Theatre with emphasis in Directing and Acting from The University of North Carolina at Greensboro, North Carolina. Dr. Gbaba is also a Jesuit-trained constructivist pedagogue. He holds a Master of Science degree in Elementary and Special Education and a Doctorate in Educational Leadership from St. Joseph’s University in Philadelphia, Pennsylvania, U.S.A. He also once served as Acting Deputy Minister of Culture and Tourism of the Republic of Liberia and a consultant to the United Nations Children’s Educational Fund (UNICEF) in Liberia and retired as a civil servant with the City of Philadelphia. Dr. Gbaba can be contacted via email @ [email protected], and you can read more about him on the following websites: https://www.dehkonteeartiststheatreinc.com and joe.gbaba.wordpress.com, and via mail at: P. O. Box 143, Clifton Heights, PA 19018.

Spread the loveThese are depressing times – stemming from different END_OF_DOCUMENT_TOKEN_TO_BE_REPLACED