PETITION TO ARREST AND PROSECUTE PRESIDENT MUHAMMADU BUHARI OF NIGERIA FOR CRIMES AGAINST HUMANITY AND WAR CRIMES. 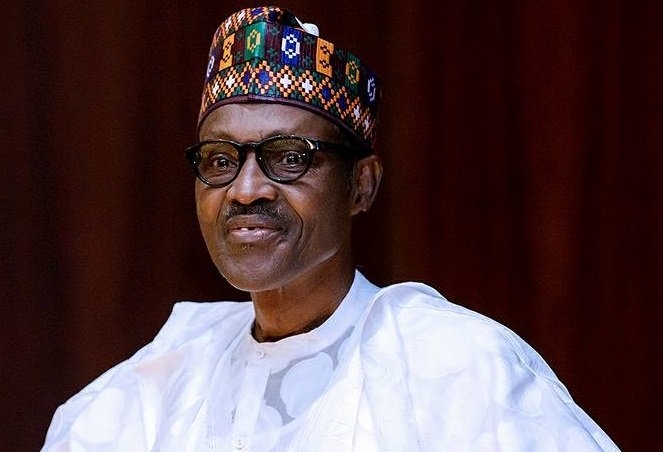 Office of the Prosecutor

PETITION TO ARREST AND PROSECUTE

FOR CRIMES AGAINST HUMANITY AND WAR CRIMES.

May I please seize this opportunity to present to you this very important request on behalf of the country Nigeria. It is a disheartening exposition on both Nigeria and international peace and security that we all cherish.

Popular wisdom counsels that it takes the failure or the unwillingness or inaction of good people to act for evil men and geniuses to take over and run a country. As the defender of last resort of the free world, the honourable Court is called upon, in this instance, to act, not only in defense of seemingly helpless Nigerians but to mitigate the threats to humanity and international peace and security posed by the conduct of current President Muhammadu Buhari.

Under the Rome Treaty, which established the International Criminal Court, the Court has the mandate:

[a] “to examine the conduct during the conflict, but not whether the decision to engage in armed conflict was legal" and that the court's jurisdiction is limited to the actions of nationals of states parties;

[b] The Court is designed to complement existing national judicial systems. It can exercise its jurisdiction only if national courts are unwilling or unable to investigate or prosecute. State parties are expected to implement national legislation to provide for the investigation and prosecution of crimes that fall under the jurisdiction of the Court; and

[c] That the underlying principle for the Court’s activities is that of universal jurisdiction; the world has jurisdiction over the conduct of nationals and state parties during a conflict.

To date several instances of the crimes indicated below had been carried out and continue to be carried on unabated by the Buhari administration:

·        refusal to order and prosecute armed Hausa/Fulani herdsmen that continue to cause mayhem on the farms of innocent Nigerians because they are his people; and

·        encouraging the use of religion to foster terrorism and conflict, committing murder, sexual slavery and kidnapping of school children and using children under 15 years to participate actively in hostilities.

It will interest you to note, Madame Prosecutor, the following conclusions of the U.S. Annual report on global human rights violations, released in Washington D.C last year.

“The administration of President Buhari “Took steps to investigate alleged abuses, but fewer steps to prosecute officials who committed violations, whether in the security forces or elsewhere in the government.

“Impunity remained widespread at all levels of government. The government did not adequately investigate or prosecute most of the major outstanding allegations of human rights violations by the security forces or the majority of cases of police or military extortion or other abuse of power.”

“Most significant human rights issues included extrajudicial and arbitrary killings; disappearances and arbitrary detentions; torture,            particularly in detention facilities, including sexual exploitation and abuse; use of children by some security elements, looting, and destruction of property.

“There were also civilian detentions in military facilities, often based on flimsy evidence; denial of fair public trial; executive influence on the judiciary; infringement on citizens’ privacy rights; restrictions on freedoms of speech, press, assembly, and movement

“This was in addition to official corruption; lack of accountability in cases involving violence against women and children, including female genital mutilation/cutting and sexual exploitation of children; trafficking in persons; early and forced marriages; criminalization of status and same-sex sexual conduct based on sexual orientation and gender identity; and forced and bonded labor.”

“The groups conducted numerous attacks on government and civilian targets that resulted in thousands of deaths and injuries, widespread destruction, the internal displacement of approximately 1.8 million persons, and external displacement of an estimated 205,000 Nigerian refugees to neighboring countries, principally Cameroon, Chad, and Niger,” the report said.

”Boko Haram’s numerous attacks often targeted civilians. The group, which recruited and forcefully conscripted child soldiers, carried out scores of suicide bombings–many by young women and girls forced into doing so–and other attacks on population centers in the Northeast and in Cameroon, Chad, and Niger.

“Abductions by Boko Haram continued. The group subjected many abducted women and girls to sexual and gender-based violence, including forced marriages and rape. The government investigated attacks by Boko Haram and ISIS-WA and took some steps to prosecute their members, although the majority of suspected insurgent group supporters were held in military custody without charge,

“In its response to Boko Haram and ISIS-WA attacks, and at times in response to crime and insecurity in general, security service personnel perpetrated extrajudicial killings and engaged in torture, sexual exploitation and abuse, arbitrary detention, mistreatment of detainees, use of children by some security elements, looting, and destruction of property. The country also suffered from ethnic, regional, and religious violence” the US  report added.”

Buhari has never showed any interest, even as a military veteran, in politics until one Fulani was killed in Ibadan. We have living witnesses who can corroborate this event. It was an incident between two citizens of Nigeria, one of whom happened to be a Fulani. General Buhari made protest visit to Ibadan. Since he came to fight for his Fulani brother, the agenda to Islamize the entire country was conceived and today the children of the conception are causing mayhems all over the country.

Madame Prosecutor, President Buhari, by his utterances, actions and inactions, underscored in the report above, has given and continues to give succor to terrorists, terrorist organizations, criminals and their ilk around the country thereby making himself eligible for criminal conduct under the principle of universal jurisdiction. Here are some of his incendiary statements:

“I can die for the cause of Islam if necessary. We are prepared to fight another civil war. We cannot be blackmailed into killing Sharia.”

“When the Niger Delta militants started their activities in the South-South, they were invited by the late President Umaru Yar’adua. An aircraft was sent to them and their leaders met with the late President in Aso Rock and discussed issues. They were given money and a training scheme was introduced for their members. But when the Boko Haram emerged in the north, members of the sect were killed”.

“Muslims should only vote those who will promote Islam. We are more than the Christians if you add our Muslim brothers in the West.”

“If There Is a repeat of the Civil War again, I will kill more Igbos to save the country.”

“I will continue to show openly and inside me the total commitment to the Sharia movement that is sweeping all over Nigeria. God willing, we will not stop the agitation for the total implementation of the Sharia in the country.”

Madame Prosecutor by these utterances, President Buhari has really exposed his hand; that his ultimate purpose is to Islamize the entire country of Nigeria. Unfortunately, the adopted methodology for accomplishing the task is terrorism and Boko Haram. So, no matter what President Buhari contends, he is leading the way because they are actualizing his dream.

Madame Prosecutor might also wish to know that, already in some parts of Northern Nigeria people are beaten, have their hands cut off by virtue of their adherence to Sharia law. An attempt to have a lady executed by stoning for adultery, while no punishment was given to the man involved in the incident, was foiled by universal condemnation.

When former President Goodluck Jonathan appointed a committee to explore the possibility of amnesty for Islamist terrorist militants, Boko Haram leader Shekau responded to the gesture in an audio statement: "Surprisingly the Nigerian government is talking about granting us amnesty. What wrong have we done? On the contrary, it is we that should grant you pardon." Perhaps Shekau was right.  Poor President Jonathan eventually handed over the country to one of the very people he wanted to pardon.

Madame Prosecutor, unfortunately, President Buhari has religious cohorts and lieutenants in the persons of Senator Bola Tinubu, Governor Ibikunle Amosun and Governor Isiaka Abiola Ajimobi, and former Governor Ogbeni Aregbesola who are able to support his decision to overrun southern Nigeria with Islam.

Madame Prosecutor , Nigeria, according to our Constitution, is a secular state and in spite of the yearnings and pleadings of Nigerians, President Buhari continues to insist on Nigeria’s membership of the Organization of Islamic Cooperation (OIC), an international organization founded in 1969 to be "the collective voice of the Muslim world" and to "safeguard and protect the interests of the Muslim world in the spirit of promoting international peace and harmony."  The world knows otherwise; that some members of  the organization had been and continues to be the conduit for terrorist activities around the world.

Madame Prosecutor, the world cannot afford to continue to appease the likes of President Buhari. It is like a man paying a visit to a lion’s den with a dog in tow believing that the lion will choose to attack the dog. The lions, of course, know better; both man and dog is feast for dinner. The world has had enough of the likes of Quaddaffi, Saddam Hussein, Charles Taylor and the rest of them.

President Buhari says he is ready to die for Islam. No problem; it is his decision to make. But why do it behind a hidden agenda? If, indeed, he has no hidden agenda as highlighted above, let him declare that Boko Haram, Hausa/Fulani herdsmen and their cohorts are terrorists and unleash the full venom of Nigeria’s military might on them. If indeed, the statement he made to Islamize the entire country is not a government agenda, let him take the secular country out of Organization of Islamic Cooperation (OIC)

Madame Prosecutor, efforts are in high gear to actualize the islamization agenda in the second term if he wins and has started removing anyone that might stand in the way including the Chief Justice of the country. The Chief Justice who is a Christian has been removed and a justice from the Muslim North installed

Lastly, Madame Prosecutor, Nigeria is a secular and democratic state. Buhari must be made to tear down this toga of terrorism camouflaging as Islam today, the world should investigate and respond appropriately by having him arrested in the spirit of universal jurisdiction.

President Buhari and the Boko Haram: a revelation – Abey Egunjobi

Buhari’ government through the ministry of finance took to twitter END_OF_DOCUMENT_TOKEN_TO_BE_REPLACED

Education has a great social importance especially in the modern, END_OF_DOCUMENT_TOKEN_TO_BE_REPLACED

Tribute to One of Christian Brothers’ Great Educators, Gbarnga END_OF_DOCUMENT_TOKEN_TO_BE_REPLACED