President Buhari: The Sickest Of Them All By Bayo Oluwasanmi 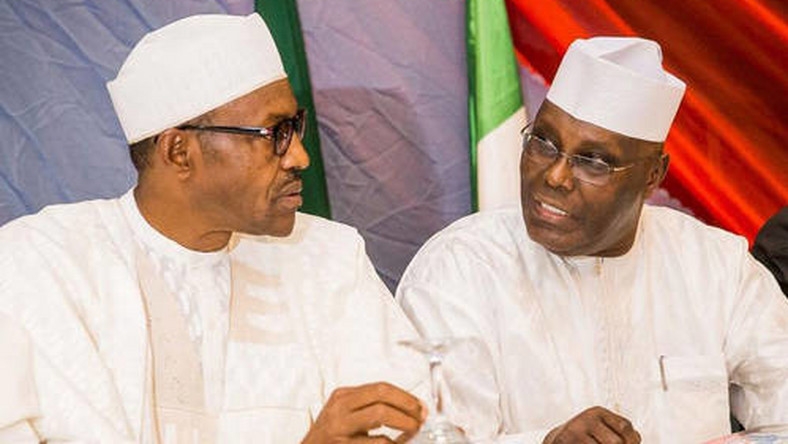 The Pandora's Box of who is the sick man between former President Olusegun Obasanjo and incumbent President Muhammadu Buhari was opened Sunday night by Garba Shehu, Senior Assistant to President Buhari (Media and Publicity). Shehu’s statement was in response to Obasanjo’s characterization of Buhari as a president who is sick in ”body, mind, and spirit.”

I am not a fan of Obasanjo or Atiku. I detest both men. But for the first time, I agree with Obasanjo that Buhari is a sick man. We all know the medical history and record of Buhari. I am not going there. However, there are other valid and verifiable proofs that Buhari is the sickest of them all.

Buhari is suffering from advanced dementia and senility. He’s absent minded. He has poor judgment. He never learns or grows with the presidency. He makes the same mistakes over and over again.

As a sick president, he wonders and wanders about. He doesn't really know what’s going on in his administration. He doesn't know the people he appointed as ministers and heads of federal agencies. It took him six months to get his cabinet in place. The old military saying captures leadership in a nutshell: ”There are three types of leaders: Those who make things happen; those who watch things happen; and those who wonder what happened. Buhari is a president who watches things happen and wonder what happened.

Because he’s a sick president, he’s nothing but trouble for the nation. He’s unprepared to lead. His only concern is for himself, his immediate family, and his kinsmen. Being a sick president, he has no foresight, no drive, no energy, no innovation, no creativity, no enthusiasm. He’s unwilling to take risks. He surrounds himself with thieves and fools.

Being sick to the marrows, he doesn't know where he’s going, where he’s taking the people, and where Nigeria is headed. A sick President Buhari is a tragedy for Nigeria. Buhari as a sick president wants the rewards of the presidency – the travel, the food, the wine, the money, the fame, the popularity, the influence, the power – but doesn't

want the responsibilities of leadership – the risk taking and decision making.

In most cases, creativity and vision is the answer to problems of governance. But a sick president like Buhari cannot cast a vision, or call for innovation, and creativity.

In the tumultuous days ahead, in the open season of the presidential campaign, Nigerians are worried about the intellectual and leadership capacity and capability of a sick Buhari for another four years. To be sure, the new president will not be a ’saviour’ of Nigeria and Nigerians. Nevertheless, it is vital that the Nigerian people choose a healthy, energetic, strong, and vibrant president in ”body, mind, and spirit.”

And one more thing: Nigerians expect the new president to be driven by fearless ideas…