OF “THIEVES AND HOOLIGANS;” NIGERIA IS A KLEPTOCRACY NOT A DEMOCRACY! By Angelicus-M. B. Onasanya 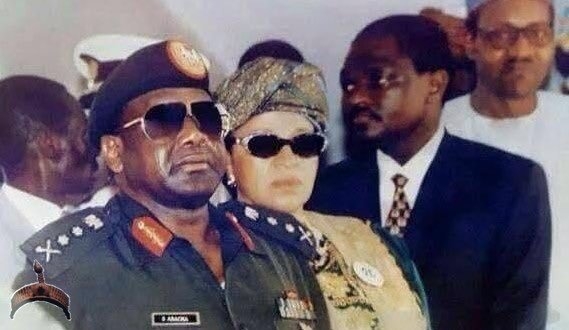 OF “THIEVES AND HOOLIGANS;” NIGERIA IS A KLEPTOCRACY NOT A DEMOCRACY!

In a report of the proceedings at ex-President Jonathan’s book launch on November 21, 2018, Fresh FM Nigeria, said, inter alia:    “Former President Olusegun Obasanjo, who chaired the public presentation, urged Nigerians to ensure that they would not hand over the nation and democracy to those he called thieves and hooligans.He said if the nation’s democracy was handed over to those in those categories, they could use it as a weapon against the people.Obasanjo said, “There is still no substitute for democracy when all is said and done. It fosters peace. It builds and does not destroy. It unifies, rather than divides.“But all these can only happen if democracy is in the hands of democrats. If it is in the hands of thieves and hooligans, they can use it as a weapon. We should ensure hooligans don’t get it.”

If true, Baba Iyabo must be addressing other than Nigerians! “No substitute for democracy,” he says? Where is the democracy in Nigeria? He stands corrected; Nigerians have neither lived in nor practiced democracy in spite of all the claims to the contrary. The reality is that ever since independence, Nigeria

has operated as a kleptocracy; a system of governance where thieves, vagabonds, opportunists and other such undesirables, in various shades; uniformed, civilian clothes and others, have exercised a free reign over Nigeria’s coffers, resources and affairs. He knows it; he was and is still part of it; and he needs to fess up to the truth!

Who is he trying to fool when he attempts to “religiously” pontificate, in celebration of his cabal’s self-propelled opportunistic emergence and existence in the country’s public life, that the country stay away from these “thieves and hooligans?” The fact of the matter is that, come election time, Nigerians keep replacing one set of ”thieves and hooligans” with another!

For the benefit of my readers, a kleptocracy [from the Greek words κλέπτης  kléptēs, meaning "thief",  κλέπτω kléptō, meaning "I steal", and -κρατία –kratía from κράτος krátos, meaning "power, rule"), is a government with corrupt leaders (kleptocrats) that use their powers to exploit the people and natural resources of their country in order to extend their personal wealth and political powers. Typically, this system involves the embezzlement of funds at the expense of the wider population.

From this short definition, it follows that a kleptocracy is a government ruled by corrupt politicians who use their political power to receive kickbacks, bribes, and special favours at the expense of the populace. Kleptocrats, operators of kleptocracies, use their political power and leverage to pass laws that enrich themselves or their fellow cabal members and they usually always circumvent the rule of law.

On the other hand, democracy (from the Greek word δημοκρατία dēmokratía which literally means "rule by people"), in modern usage, has been applied

to governance, in, at least three instances, as a system of government where the citizens exercise power by voting. As a writer noted, there are two types of democratic set-ups; direct and indirect democracy. “In a direct democracy, the citizens as a whole form a governing body and vote directly on each issue. In a representative democracy the citizens elect representatives from among themselves. These representatives meet to form a governing body, such as a legislature. In a constitutional democracy the powers of the majority are exercised within the framework of a representative democracy, but the constitution limits the majority and protects the minority, usually through the enjoyment by all of certain individual rights, e.g. freedom of speech, or freedom of association.”

·        a political system for choosing and replacing the government through free and fair elections;

·         the active participation of the people, as citizens, in politics and civic life;

·        protection of the human rights of all citizens; and

·        a rule of law, in which the laws and procedures apply equally to all citizens.

·        upward control (sovereignty residing at the lowest levels of authority),

·        social norms by which individuals and institutions only consider acceptable acts that reflect the first two principles of upward control and political equality.

Thus, in a democracy, there is a proper process for everything that is clearly mandated by the constitution to ascend to government and govern a nation which gives the nation political stability.

However, what Nigeria has witnessed and is witnessing at the moment are unnatural and indecent acts of corruption of process, institutions [especially the National Assembly] and improper and unconstitutional usurpation of power compounded by the manipulation of the systems and processes of entrance to power. Nigerian politicians have become monsters in a stranglehold of the nation and they eat up their supposed masters for breakfast, lunch and dinner.

They, Obasanjo and his cohorts, all know it! As Femi Aribisala opined in his July 22, 2014 piece based on the rather sad comments of President Goodluck Jonathan:

“Nigerian Politicians are Thieves, But They are Not Corrupt- President Jonathan

“If you have been wondering why the government of Goodluck Jonathan has achieved precious little in the monumental fight against corruption in Nigeria, the answer is very simple.  There is actually no corruption in Nigeria.  Nigerian politicians are thieves, but they are not corrupt. This is the erudite position of our dear president, who happens to be the first president in the history of Nigeria to have the distinction of a Ph.D.  President Jonathan says: “What many Nigerians

refer to as corruption is actually “stealing.”  Stealing is not the same thing as corruption.” This is a profound statement that has since become the subject of many doctoral dissertations on Nigeria.  It has also provided a very Nigerian contribution to the English language. Nigerian “doublethink” …. The Chairman of the ICPC (Independent Corrupt Practices Commission), Ekpo Nta, agrees with Mr. President.  He also insists it is wrong to confuse stealing with corruption.  The distinguished chairman says: “Stealing is erroneously reported as corruption. We must go back to what we were taught at school to show that there are educated people in Nigeria.”  He then likened the Nigerian penchant to regard theft as corruption to be as erroneous as calling a roadside mechanic an engineer. This perspective has brought great relief to Nigerians.  We always thought there was too much corruption in the country, so it is fantastic to learn that there is no corruption at all.  We are just thieves.  It is necessary to bring this new insight to the attention of Transparency International, which persists in listing Nigeria as one of the most corrupt countries.”

There it is in former President Jonathan’s own words. In Nigeria, citizens vote with a view to replacing thieves with thieves, hooligans with hooligans and vagabonds with vagabonds. The very act of voting, as a patriotic where voters pay attention to detail and normally choose leaders on the basis of issues, is uncharacteristic in Nigeria. So, no one cares about the credentials of the leaders and kleptocrats emerge leaders of the country.

Kleptocracies could be found in dictatorships, oligarchies, military juntas and other forms of autocratic and nepotistic governments in which external oversight is little, impossible or does not exist at all. Because of this, kleptocratic rulers treat their country's treasury as a source of personal wealth, spending funds on luxury goods and extravagances as they see fit. As a matter of fact, a lot of kleptocratic rulers secretly and brazenly transfer public funds into hidden personal numbered bank accounts in foreign countries to provide for themselves if and when they get removed from power.

The International Monetary Fund has established the existence of a global kleptocratic financial system which it estimated comprises 2-5 percent of the global economy. This system engages in money laundering to obscure the corrupt sources of the funds and safeguard them from domestic threats such as economic instability, unstable foreign exchange rates and the predatory activities of kleptocratic rivals. From these safe havens, kleptocrats confidently secure this wealth in assets and investments; for storage, safe-keeping, for personal use, and/or returned to the country of origin to support their domestic activities.

To fully understand the adverse effects of the activities of a kleptocratic regime or government on a nation, one needs to examine the following list of kleptocrats published in early 2004 by the anti-corruption NGO Transparency International. Nigeria has the dishonour of being included in the list!  In order of amount allegedly stolen in US dollars, they were: 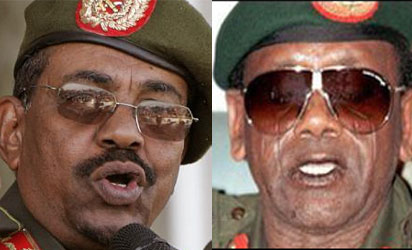 So, fellow compatriots, when Obasanjo offers advice to Nigerians, we should be wary! Nigeria’s kleptocracy is currently embroiled in the following dysfunctional situations; conflicts of interests; crony capitalism, [an economy in which businesses thrive not as a result of risk, but rather as a return on money amassed through a nexus between a business class and the political class. This is done using state power to crush genuine competition in handing out permits, government grants, special tax breaks, or other forms of state intervention  over resources where the state exercises monopolist control over public goods, for example, mining concessions for primary commodities or contracts for public works. Money is then made not merely by making a profit in the market, but through profiteering by "rent seeking" using this monopoly or oligopoly]; Kakistocracy, a system of government which is run by the worst, least qualified, or most unscrupulous citizens; predatory elite capture; failed state; Lumpenbourgeoisie, [defined by Andre Frank as a middle or upper class that supports colonial masters and has little collective self-awareness or economic base. The lowest stratum of the bourgeoisie, sometimes associated with illegal businesses]; Mafia state; and political corruption.

Every Nigerian knows something is drastically wrong and that we just continue to make very bad mistakes each time we elect leaders; yet we struggle to understand it and somehow rationalize our actions. We refuse to follow the natural progression of life in our political behaviours

As indigenes of traditional societies, we are accustomed to power progressing and following a certain known pattern that resulted in order. When that did not happen in the past, war and chaos resulted. Luckily, our forefathers knew what to do and went ahead to do the right thing. Unfortunately, these inherently innate virtues are not adhered to anymore and are not even displayed by our leaders. Our dear country has been overrun by thieves, hooligans, vagabonds and political/ideological prostitutes and whores desperate for power. That is why we are not enjoying the non-existent “dividend s of democracy.”

Where are the nobility, integrity, honesty and thirst for the service of the fatherland of our forefathers? Where is the pride of our nation? Mind you all, we will pay for every action that does not obey the laws of nature and when the day of judgment arrives, nowhere will suffice or provide shelter or succor for the kleptocrats; not even under the overhead bridges that dot the land.

Spread the loveThese are depressing times – stemming from different END_OF_DOCUMENT_TOKEN_TO_BE_REPLACED