The Rustication Of ‘Kunle Adebajo By UI, The ‘University Of Intolerance’ By ‘Fisayo Soyombo 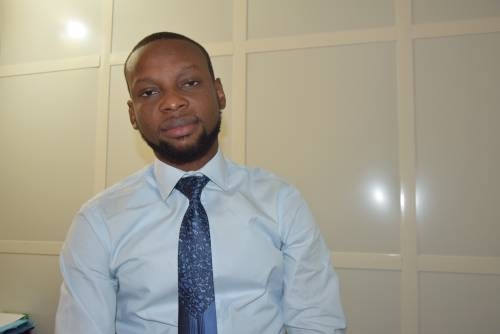 One Day in March 217, I had the good fortune of being one of six speakers invited to the University of Ibadan for the Ibadan version of the World Speech Day. There were a few impressive speeches, to be honest. But it was one of those days when ‘the last was not the least’.

As a side attraction, Rasheed Ridwan, the official licensee/curator, of the World Speech Day Nigeria (Ibadan) and his team had decided two UI students should be allotted a few minutes to deliver supplementary speeches. The latter of those two — and it turned out to be last for the day — was barnstorming. From the days of Super Bowl — the premier undergraduate oratory contest pioneered in 2007 by Dr. Bisi Olawuyi of UI’s Department of Communication and Language Arts — UI has unearthed some exceptional speaking talents. But this particular speech — the speaker, too — was in a class of its own. Titled, ‘I Speak, Therefore I am’, it was a mix of elegant poetry and flowing prose, mastery of the English language and the art of audience management, delivered by a speaker who combined enchanting poise with expansive substance. I’ll say it a second time: it was absolutely barnstorming!

It was so good that I requested a lunch date with the speaker, a then 400Level student of the Faculty of Law by the name ‘Kunle Adebajo. Over lunch two days later, I would discover a young man not just with an abundance of writing talent but with level-headedness, focus, clarity of purpose and, yes, independence of thought. In any case, that was, in fact, my third contact with him. In November 2016, I was at the Sultan Bello Hall, UI, to watch the inimitable Professor Francis Egbokhare hand him the first prize of a nationwide inter-university essay contest I co-run annually with the Union of Campus Journalists (UI).

My first encounter with him, months earlier, was the least eventful of all. He had called to find out how best he could deal with impending disciplinary action over an opinion piece he penned for TheGuardian in 2016, titled ‘UI: The Irony of Fashionable Rooftops and Awful Interiors’. The gentleman that Adebajo is, he asked that the media should not report it. Knowing that he had done no wrong, as everything he wrote was nothing but the truth, he believed an internal resolution was possible. In error, he thought he was a student of the University of Ibadan (UI); he didn’t know the UI of old had become the University of Intolerance (UI), where intellectually-oriented dissent is criminal, where intellectual interrogation of leadership is no longer a core component of education. As a few newspapers reported last week, Adebajo has been rusticatedfor two semesters.

What exactly is Adebajo’s crime? According to the UI management, the article contains “highly defamatory contents which are capable of bringing the name of the university into disrepute.” The management also said “the piece portrays you as someone who is rude, a false proclaimer and very insubordinate”. Thankfully, we’re in the digital age: the said piece is available here, and anyone can judge if it is indeed “defamatory”.

In any case, as an alumnus of the university, I am in a position to say that what Adebajo wrote about is nothing new; the practice didn’t start in his time and it apparently won’t end anytime soon; he is not the first to write about it and he hopefully won’t be the last. It’s always been something close to an annual ritual that halls of residence are renovated at the end of an academic session but the facilities begin to deteriorate halfway into first semester of the new session. ‘Reno-painting’ it was dubbed in the early noughties. Adebajo wrote nothing but the truth!

Is Adebajo “someone who is rude and very insubordinate”, as claimed by the UI management? Hundred percent no! If he was, I suppose I should know. In addition to interacting with him regularly for close to two years, I supervised his work for some months earlier in the year in a seven-days-a-week online newspaper environment, and I can attest to his humility and level-headedness. Adebajo is one of the finest humans anyone could ever want to have around. And on top of that, he is a prodigiously talented writer. I have been involved with the UI campus journalism setup since 2004; in those 14 years, I haven’t come across a more promising writing talent. At such a young age, his CV is already littered with writing awards, including the grand prizes of the Charted Institute of Personnel Management Essay Competition (2017), Dapo Olorunyomi Essay Competition (2017), LAUTECH Intervarsity Essay Competition (2017), ‘Fisayo Soyombo Intervarsity Essay Contest (2016) and the UCJ Unilorin Intervarsity Essay Competition. And all the UI management can do with a talent of this magnitude is rusticate him? You see why we are a country with enormous human and natural resource but with very little to show for it? If a foreign university invites Adebajo to further his studies, and the young man embraces permanent residency in that country afterwards, we will start to scream brain drain and question his patriotism.

Adebajo is upright, too. Twice this year he has written stories that offended some people in Corporate Nigeria; they reached out to me to help broker a ‘discussion’ with him on those stories. They wanted his phone number as well. Some other journalists in his shoes would have gone ahead to negotiate the withdrawal of those stories. But Adebajo’s stance was simple: “There’s nothing to discuss on phone. If they have valid concerns, they can email me and we’ll capture it as an update to the original story or as a fresh one.”

I have always been jealous of Law — that Law, being his academic discipline despite his love for writing — could snatch him in the end. Much as it saddens me, I hope this rustication finally convinces him that journalism, rather than law, is his professional future. This is not just because he’ll reach the peak of journalism without the certificate with which UI authorities think they can torment him, but also because Nigerian journalism needs more people like him — people who combine immense writing ability with moral probity. Of course, everyone knows Nigeria is in acutely short supply of people of this ilk.

The record may be longer, but I am certain that in the last two decades at least, no campus journalist has been rusticated because of his critical work. It is forever documented that the ignominious jinx was broken during the tenure of Professor Idowu Olayinka as UI Vice Chancellor. Not that this is much surprise, anyway; this same VC it was who proscribed student unionism in early 2017. Meanwhile, as the likes of Adebajo are being rusticated by the Student Disciplinary Committee (SDC) chaired by Professor Olayinka, there are lecturers in that same UI sleeping with girls to pass them, lecturers serially missing classes at will yet preparing exams for students, students successfully circumventing the anti-examination-malpractice machinery of the university; and they’re walking free on campus. If the UI management wants to wield such bad eggs — both the lecturers and the students — from the system, I am willing to offer my investigative services pro bono. This observation, though, is not to detract anything from the huge population of dutiful lecturers and brilliant students who are worthy ambassador of UI.

The rustication of Kunle Adebajo is a clear uppercut on press freedom. It is a flagrant abuse of institutional powers that anyone interested the all-round moulding of our undergraduates, and in the future of this country, should speak out against. This is a special appeal to Olayinka to rescind this rustication. As humans, our elders are not immune to mistakes; and when this happens, recanting themselves is not only the honourable thing to do, it is the biggest lesson on humility that they can teach the younger generation. And if the SDC won’t budge, I appeal to the UI Council, chaired by Mr. Joshua Waklek, to exercise its veto powers by freeing Adebajo. The country cannot be operating a democracy while its premier university is running an autocracy, intolerant of journalism and silencing every voice of dissent.


Investigative journalist Soyombo is a former Editor-in-Chief and former President of the Union of Campus Journalists (UCJ), University of Ibadan. He tweets @fisayosoyombo

Buhari’ government through the ministry of finance took to twitter END_OF_DOCUMENT_TOKEN_TO_BE_REPLACED

Previous Post US Says All African Countries Fail to Meet Minimum Standard in Preventing Human Traffick
Next Post What is the Role of Contemporary Liberian Intellectual: Is it job Seeking in Government Positions or Cultivating Visions for the Awakening of a Society? -Edmund Zar-Zar Bargblor

But if peace be not larded with END_OF_DOCUMENT_TOKEN_TO_BE_REPLACED

Press Release We are a group of concerned Nigerians living END_OF_DOCUMENT_TOKEN_TO_BE_REPLACED

The worst thing that has happened to Nigeria is Buhari. END_OF_DOCUMENT_TOKEN_TO_BE_REPLACED