MY HUMBLE WISHES FOR NIGERIA: AN OPEN LETTER TO PRESIDENT MUHAMMADU BUHARI 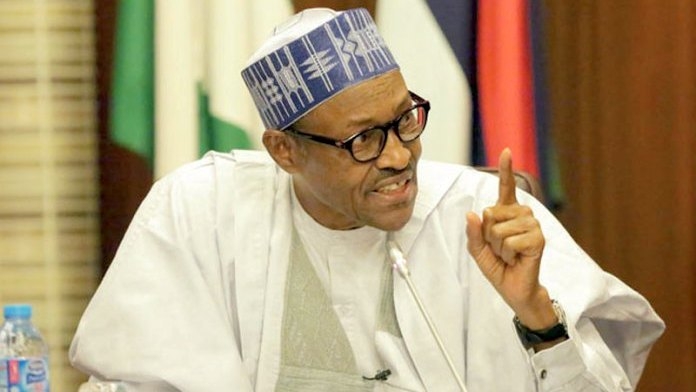 MY HUMBLE WISHES FOR NIGERIA:

Please permit me, as a matter of rudeness, to interrupt your very busy schedule with the presentation of these humble wishes for our country Nigeria. I am aware that it is not Christmas yet when Santa can be presented with as many wishes as one can come up with. For you, Sir, as president of our great country, Christmas is every second, so I will make it a point of duty to identify just a few wishes and I promise to be very brief about these.

As you will observe, Sir, the issues raised in the letter are of significant importance to our dearly beloved country, Nigeria. Consequently, it is my hope that you will find both the letter and its contents worthy of expression in this kind of forum so that all Nigerians can partake in the subsequent debate of the issues.

Your Excellency now is the time to look at Nigerians in the eye and tell them the honest truth about their country; it has no structure! It was and never has been structured. Now, by the special grace of Allah, is the time to structure it. Most of the pretenders clamouring for re-structuring of the country are either unaware of what they are saying or are doing so for self-serving reasons or both. They are interested only in what they can gain for themselves and not what Nigeria can gain from the experience. They have, consequently, been narrow focused, disorganized and continue to point the country in no specific direction.

Multi-people countries like Nigeria have two major problems; one, the problem of unity and oneness; and two, the problem of democratic governance that is culturally relevant to them. The first requires the agreement of the heterogeneous groups, through their sovereigns, by virtue of their being custodians of their peoples’ sovereignties, to come to agreement in a forum and openly express their desire to be one country. They even have the right to call it whatever name they think is appropriate. That is it for unification and once this is agreed to, comes the issue of democratic governance; how, who and all the instrumentalities that will be used to govern themselves by.

Because there is no mention or indication that these Royal Fathers met to discuss and agree on whether they want their peoples to unite in one country or many; and since they did not meet to agree on the modalities of governing the agreed to country, I humbly submit Mr. President that Nigeria remains unstructured and no amount of mumbo-jumbo pretenses and illicit paraphernalia of institutions Britain may have left behind or which we contrived ourselves can sufficiently make up for these lapses. So, Your Excellency, I humbly wish that Nigeria be structured NOW!

type of a child they want to be.

Wish 2. Give Nigeria a National Development for Strategic Direction and Orientation.

You are aware, Your Excellency, that in the 1970’s, under General Gowon, Nigeria presented a National Development Plan prepared by a team led by the Asiwaju of Ijebuland, Professor Adebayo Adedeji to the world. At the same time, South Korea, Singapore and a few others presented theirs to the world also. Nigeria’s plan was adjudged to be the best of the plans. Let me add here that South Korea and Singapore were not then considered to be at par with Nigeria. In fact, it is on record that Singapore was using the map of the Lagos Marina as prototype for its own Marina.

However, in an irony of sorts, both South Korea and Singapore went ahead to implement their plans. Today, South Korea is numbered among the G20. Nigeria’s plan was jettisoned, shelved and discarded into the dustbin of history following the Murtala/Obasanjo’s assumption of office after General Gowon was overthrown. Since then, no administration, military or civilian, has thought it fit to revisit the issue and present the country with a National Development Plan.

Instead, we have resorted to using the annual budget as our primary planning vehicle. No country has ever developed using annual budgets this way. Annual budgets are used to support and implement development plans and ensure a focus on the plan’s benchmarks. When there is no plan, as we currently have in Nigeria, budgets become objects of, you guessed it, padding and other political shenanigans now famously and conveniently termed “constituency projects.”

So, Your Excellency, Nigeria needs a development plan that will be a signal that will give the country some strategic direction and orientation and which must be implemented. If this is done, maybe, just maybe in the next few decades, Nigeria will rightfully take its place among the G30 when it comes into being.

It took you a few months after your election in 2015, Your Excellency, to appoint the ministers.  You were taken to task for this and it was reported that you averred that civil servants do the job and ministers just come in as heads of the ministries. Your Excellency, you were right in the assertion except that you based it on the presumption that the present day civil service is of the same caliber as the star-studded civil service in place when you served as Federal Commissioner for Petroleum and military Head of State.

In the cacophony that the service has now become, there is word in the grapevine that people pay millions of naira in bribes to become Permanent Secretaries.

The glory days of the civil service that provided succor and stability to Nigerians at the nation’s most trying times and hours must be returned. It is my hope that you will consider this wish one of urgent national interest

Wish 4. Provide Nigeria With An effective and Efficient Machinery of Government.

This wish has some relevance to my third wish Your Excellency. The lack of a dedicated, patriotic, brilliant and selfless civil service implies that there is no effective and efficient machinery of government. How do we explain the fact that the Office of Secretary to the Government of The Federation, the “engine room” of governance, took over two years to prepare a list of less than two thousand people for board and other appointments with gaping and confounding errors!

Also, there is so much proliferation of offices presently. You will remember when you served as Federal Commissioner and military Head of State that all subordinate officers and assistants were all serving civil servants. The Cabinet Office, in addition to being the “engine room of government,” issued all official press releases. These were handled by experienced civil servants who understood the nature of government communication. Today, we have Senior Advisers, Special Advisers, and Personal Assistants some of whom have their own Personal Assistants, on everything but with little experience on how to communicate government information to the public. This is frustrating to Nigerians not to talk of its contributing to the unacceptable level of the current expenditures of the federal government.

Wish 5. Take Control Of The APC

Your Excellency, it is my humble wish that the President takes a much more active control of the activities of the ruling party; APC. It has been the experience that whenever the President does not have a firm control of his ruling party, issues get out hand and never get resolved in time and in the national interest.

You will remember that one of the reasons the military kicked out President Shagari’s administration was because he lost control of the party to Chief Akinloye and his cohorts while the country started spiraling out of control. What is happening to the APC now is a repeat rendition of the same scenario. Nigeria cannot simply afford it, again!

Your Excellency, anyone who has had the privilege of working with and for you is aware of this roar of yours. As a boss, whenever you give an assignment to someone, you asked the assignee what he/she would need to get the assignment completed in a specified amount of time and you went ahead to provide him/her with all he/she requests for to ensure on-time completion. On-time-completion of the assignment met with your kudos and appreciation. Failure to complete the assignment on time was met with this legendary lion’s roar that shook buildings. The six-story building on Yakubu Gowon Street in Lagos had many of these roars.

Journalists around the country when you were military Head of State will attest to the ground-shaking nature of these roars. At your first press conference as Head of State, you were asked if you will tamper with the press. “Yes,” was your answer.  The ink was hardly dried on the reporting when Decree No. 4 got promulgated and journalists who got caught in the web of the decree are still describing the effect of the decree on their trade till today.

Your Excellency, the roar has suddenly disappeared! The Villa needs the roar; Abuja needs it; and Nigerians are screaming for and are in waiting for the roar once again. What with directives, orders and such not obeyed or followed; how could there be so many thousands of “ghost workers” in the federal service and no heads are rolling? how can snakes be swallowing money, and on, and on; in an administration headed by President Buhari? It is absolutely inconceivable and yet it is the reality staring at all of us in the face. PLEASE BRING BACK THE ROAR YESTERDAY YOUR EXCELLENCY!

These are my humble requests Mr. President and they are submitted for your urgent consideration. May Allah give you the wisdom, fortitude and courage you are known for in granting these requests and wishes. Than you very much for reading me, Sir.

Your Excellency, please accept the assurances of the highest esteem.

Spread the love  “Life’s most persistent and urgent question is, END_OF_DOCUMENT_TOKEN_TO_BE_REPLACED