A Voice from the Grave Part II By Tarty Teh 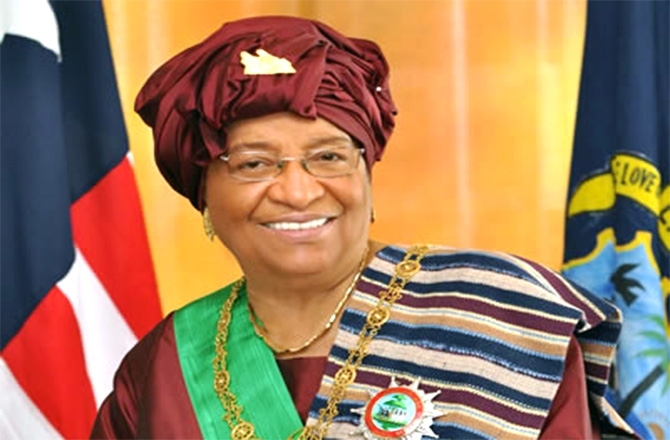 A Voice from the Grave

Below is the letter Tarty Teh wrote to Mrs. Ellen Johnson-Sirleaf after she submitted her testimony to the “101st U.S. Congress Subcommittee on Africa”.

I attended the Congressional hearing of June 19, 1990 at which Ambassador Herman J. Cohen of the U.S. State Department and others testified on Liberia. You were scheduled to testify but could not; but your written testimony was entered into the records of the Sub-committee on Africa. It is that testimony that I am responding to.

I would not have known why you try too hard to avoid mentioning any truths that favor anyone whom you oppose if I hadn’t learned much later on that you want to be president of Liberia. Although I do not submit that your presidential ambition suffices as reason for the totality with which you avoid mentioning any opposing truths. I have come to understand how you think such subterfuge is to your advantage.

You diminished yourself as worthy of my respect when you failed to note the conditions of total discrimination against African-Liberians before the coup of 1980; when you used the word “oligarchy” not to describe the status quo of 133 years under the Americo-Liberian Dynasty, but instead used it to describe President Doe and his flock of new arrivals into the rank of the privileged, the rank that was once the exclusive province of the Americo-Liberians. But what I find almost unforgiveable is not any of the above. Instead, it is your sinister evocation of your dead mother’s name in your lamentation before a Congressional hearing, and portraying her as someone who died before reaching the Promised Land.

“Saturday in Alexandria where I live I will bury my mother,” you wrote. I suppose you buried her here as you promised. You are a good daughter for doing that. I am sure you have marked the spot where she lies. I think you’ve said far too much about your mother in a forum where her memory does not serve its most useful purpose. I will therefore, spare her name further misuse; instead, I want to give you a worse-case scenario that actually happened.

President William R. Tolbert, the most democratic and most reform-minded of all before him shares a watery mass grave with 13 members of his cabinet. Among the unlucky 13 was a man called C. Cecil Dennis, Jr., an intellectual with whom I enjoyed

fighting a good fight. Although President Tolbert can be said to have a grave of sort, be it a crowded one, Thomas Quiwonkpa has no grave of any description. If Moses Duopu has a grave, only Charles Taylor knows. Then there are the more than 5,000 Gios, Manos, Krahs, Mandingos, Grebos, Krus, and others who still rot in the bush and in the streets of Monrovia and Buchanan. One of them, a Red Cross relief worker, received rapid rounds of machine gun blasts before falling to the ground, but gathered his last breath and courage to raise his head one more time and asked, “Why, Why?”

Why are 5,000 persons dead? So that Ellen Johnson-Sirleaf can become president of Liberia? Or are we being forced to give so many lives so that Charles Taylor, the true symbol of “conspicuous consumption” and a convicted criminal, can have a second chance to prove to us that he will not import Jaguars from Liberia to Boston for his personal use as he did when he was chief procurement officer for the Samuel Doe Administration?

And do you really want to complain about President Doe’s wearing a “three piece suit”? Is that, in your opinion, a good example of the waste in government, or might not your living in a penthouse over a bank building as Minister of Finance be a better example of both waste and “conspicuous consumption”? If that does not fit, let’s try your having all your children on government scholarship while many Liberian villages had no school. I think your complained about Doe’s three piece suit is not as trifling as it seems. It represents a deep prejudice that is burnt into the subconscious of the Americo-Liberians. Nothing is more incongruous than seeing a “country man” in a three piece suit.

By what compelling reason did you expect president Doe—a then high-school dropout—to care for the nation’s finances any better than you did and college-educated Tolbert? President William Tubman had only eighth-grade education. So no one

expected him to do much. He built the longest paved road in the country from Monrovia to his farm in Totota for a total of 80 miles at a time when Liberia was enjoying balance of trade surpluses. He did well for an eighth grader, shouldn’t we say?

We must all speak out against wrong, not only when it affects us personally, but when we know about it. Having said that, you must be pitied for being jailed by the Doe regime. I had just fled Liberia when I learned that you had been incarcerated. I was not alarmed so much by your imprisonment as by the suggestion that you might be sent to Belleh Yallah. I, therefore, wrote a letter to plead to President Doe, begging him not to send you to Belleh Yallah. I didn’t care what your crime was. I suspected it couldn’t be worse than mine. My sole reason for not wanting you to go to Belleh Yallah was that I had been there as President Doe’s personal prisoner and didn’t think it was a safe place for a woman, no matter what her crime. You were lucky. You were charged with something, so you had a chance to mount a defense.

Because he jailed me, abused my civil and constitutional rights, has he, therefore, forfeited his right to be credited for the good deeds he has done, however few? Should I now work hard to bury any positive truths about him? This is what I call simplistic absolutism. You are absolutely good, and Doe is absolutely bad. Of course, there is no such thing. The problems in Liberia are more complicated than that. And you, the Americo-Liberians with (not despite) your access to sound education, lay the groundwork for the mess we are in today.

I was hoping that I would learn something from you despite my suspicion of your deep prejudice. I thought you would give me a new insight that I am probably too bitter to afford. I wanted to respect you for the depth of your perception, even if I ended up not agreeing with you. Instead, you shovel old clichés, practice uninspired and transparent duplicity, and mouth plain, outright lies.

I don’t think you should be trusted to tell coming generations of Liberians the real reasons their fathers, mothers, aunts, uncles, cousins, and other kinsfolk died in such numbers while you sat in Washington D.C., drawing up plans about who would occupy this or that government position once Charles Taylor reached the Executive Mansion. You

Mrs. Johnson-Sirleaf, you have to learn how to follow, because so far if you do not have any leadership qualities, they have failed to show in all of your vainglorious pronouncements. Besides, to follow is sometimes an ennobling endeavor. It may help you see your own relative worth in its proper perspective. Maybe that will help you understand that you don’t have to be an Americo-Liberia to have an oversized ego.

Please let me hear from you.