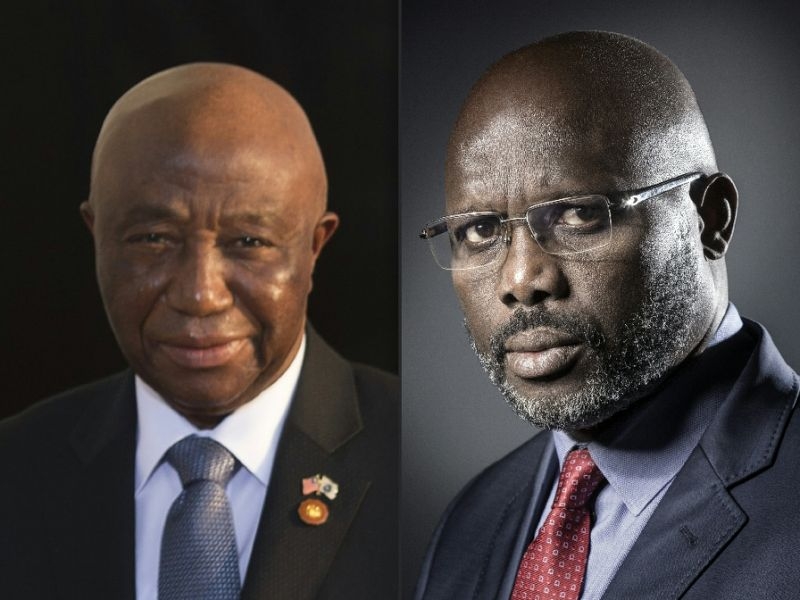 Few days ago, our respective Political Parties, in unequivocal terms, drew the attention of Liberians and the World to several issues of anomalies about the October 10, 2017 presidential and legislative elections. These anomalies included widespread and systematic fraud, incompetence, inefficiencies and deliberate actions and/or inactions on the part of the National Elections Commission (NEC) that prevented thousands of Liberians from voting in the just-ended polls. Now frustrated and angered, many of those disenfranchised have vowed not to vote in any scheduled presidential election runoff. We are appalled by this mistreatment of our people and grievous offense against our nation.

Today, we reaffirm our stated solidarity with the Liberty Party and all other political parties and candidates that feel offended and have strong reasons to believe that the October 10, 2017 polls were characterized by massive systematic irregularities and fraud.

In furtherance of this solidarity, and also considering the overwhelming evidence of fraud that continues to emerge, our respective Political Parties have resolved to pursue this matter to a logical legal conclusion as quickly as permissible under Liberian Law. We will leave no stones unturned in our endeavors. This will safeguard our Peace and reaffirm the purpose of our Nation.

But notwithstanding this legal pursuit, we cannot ignore the fact that many more startling revelations continue to emerge, thus further corroborating growing allegations that massive fraud occurred during the October 10, 2017 polls.

At first, it seemed that these were mere “irregularities” that could be corrected by simple administrative procedures and practices ahead of any presidential election runoff. Unfortunately, this is not the case. The magnitude of these allegations is alarming!

Before the polls—and throughout the campaigning period—we raised alarm bells about what was becoming direct interference with the electoral process by President Ellen Johnson-Sirleaf, who any reasonable mind would have thought should by now be preoccupied with allowing a genuine transitional process, the first since 1944, when Edwin James Barclay stepped down for William Tubman, although Tubman himself would later cling onto political power for nearly three (3) decades.

The current trend in our electoral process is certainly not what Liberians and our International Partners had invested in so heavily and expected to see in Africa’s Oldest Republic. This is not what was expected toward the close of the stewardship of our Continent’s first ever-elected woman Head of State.

We and our Partners invested in Peace and Stability and therefore expected that a credible outcome from this year’s elections would only help to solidify Liberia’s recovery from long periods of instability. Instead, greed has resurfaced in its most callous form, sowing seeds of discord yet again with the intent of disrupting the fragile peace of Liberia. We cannot and will not tolerate this unacceptable course.

All Liberians must rise up in order to save our greatly endowed Nation from the shackles of greed. Liberians and the world cannot afford yet another unwarranted period of instability.

We recall that in 2014 it was alarmed that there might be a grand scheme to reignite instability through manipulation of and/or interference with the 2017 electoral process. The discoveries of evidence of fraud being made across the country have validated that alarm.

Voters did not want to see an unresolved electoral process; instead, they wanted to see a conclusive process, one that would produce a credible outcome.

Also, while our respective political parties cannot (and do not intend to) compel anyone to subscribe to our values and ideologies, we are concerned about what appears to be a ploy to veer Liberia off from the path of peace. None of us had the slightest thought that a president who was democratically elected twice would endeavor to create discord.

We are under no illusion that President Ellen Johnson-Sirleaf has so much to be grateful for: twelve (12) years of quiet and uninterrupted stewardship in spite of the scathing effects of corruption and waste, nepotism, poverty and selective application of justice and the rule of law. After seventeen decades as a sovereign country, this is not what Liberia and its people deserve from a president this privileged.

We are aware that long before the October 10, 2017 polls, President Ellen Johnson-Sirleaf had invited Election Magistrates to her residence for a meeting, which is unprecedented in election history. Our respective Political Parties maintain that this act clearly amounted to interference with the electoral process and has no legal basis or justification whatsoever.

The president’s conduct was an act of intimidation and inducement, especially since some commissioners of the National Elections Commission had warned Chairman Jerome Kokorya against Election Magistrates meeting President Ellen Johnson-Sirleaf. Those commissioners were correct that because there was no precedent for it anywhere, that meeting was not necessary at all.

In fact, if the president had any legitimate “concerns” about this year’s elections, she needed to have made those concerns public and not to the magistrates, who are way below the administrative and legal institutional channels. Chairman Kokorya cannot continue to receive instructions from President Ellen Johnson-Sirleaf.

It can be recalled that prior to the President’s meeting with Election Magistrates; she had met with some Commissioners of NEC and hinted that she was “interested in the outcome of the elections”. Of course, as an individual Liberian citizen she was entitled to her view of which candidate to support, canvass or vote for.

We are reminded of the voter registration card printing machine and other official materials of the NEC caught in the possession of Amos Siebo, a staff in President Sirleaf’s office, and numerous voter registration cards that ended up in the hands of people, who were either not eligible voters or who voted more than once throughout country. It has also come as a shock to realize that ballots were without serial numbers, negating any possibility of accountability—creating the space for massive fraud.

Nineteen days since the polls ended, we continue to be deeply troubled by startling revelations from across the country about acts of fraud. We therefore call on the United Nations, European Union, African Union, Economic Community of West African States (ECOWAS), and the United States of America to take keen note of unfolding events since October 10, 2017.

That this is happening under a president that has benefited from two (2) democratic elections is inconceivable. Let Liberians and not President Ellen Johnson- Sirleaf, decide who their next president should be. This is unacceptable, to say the least.

The views of Liberians, as expressed through their votes on October 10, 2017, which we now realize were not reflected in the announced results, cannot be taken for granted. The growing reports of buried ballot papers being unearthed in Grand Gedeh County and several locations across the country cannot be understated. There can be no surer or truer way to solidify our peace than through a genuine democratic process free of interference and manipulation.

The National Elections Commission cannot conduct any free, fair and transparent presidential election runoff in the wake of increasing and disturbing reports of alleged massive fraud. There has to be a credible process in order for there to be a credible outcome.

We cannot accept why and how, even with total opposition from all political parties and key actors, the National Elections Commission allowed individuals whose names did not appear on the so-called Final Registration Roll (FRR) to vote. This idea was rejected right from the onset.

Moreover, as many more revelations continue to emerge about individuals being caught in possession of thousands of fake Voter cards as was reported from Ganta, Nimba County on October 28, 2017 by many, the National Elections Commission headed by Chairman Jerome Kokorya and President Ellen Johnson-Sirleaf has lost credibility and public confidence.

In addition to our previous reaffirmed position of solidarity, we are united in one accord in pursuing the legal course initiated by the Liberty Party and the All Liberian Party. Together, we will pursue this to a logical conclusion.