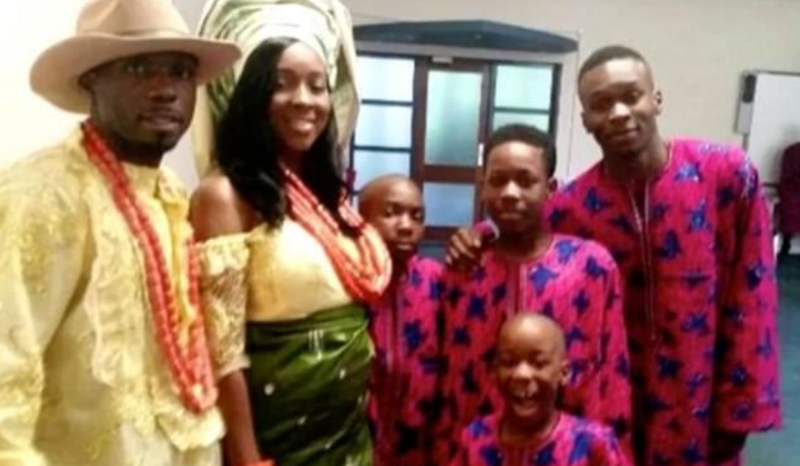 Omena Ubiaro, 38, died from bowel cancer in the early hours of Monday, while his wife Makeda passed away on July 29.

A GoFundMe page has been set up to help five children who have been orphaned after their father died from cancer, just weeks after they tragically lost their mother to the same disease.

“I know a lot of the time people say ‘be strong’, but sometimes it’s tough because I’m thinking ‘where do I find that strength from, that extra strength to be strong?’.

“I cannot lie, it has been the toughest thing that a husband and a father has ever had to face or deal with.”

Omena had already been battling Stage 4 bowel cancer for two years when Makeda, also 38, was diagnosed with the same disease in August 2016.

It was initially to help raise money for Makeda’s funeral while her husband was bedridden in hospital, but the donations — which so far total more than £50,655 — will now be used to support the five boys in the future.

On the website, Mr Busari wrote: “It breaks my heart to report that sadly our dear brother Omena has lost his fight to cancer.

“Unfortunately our worst fears have been confirmed and we now need your donations more than ever to support the children.”

Paying tribute to the couple, one well-wisher replied: “So sad reading through this. Makes you think how lucky we are at times in life. Life is too short.”

Another added: “You showed the world what love was until the very end.”

“My goodness how life seems so cruel words cannot express the sorrow I feel reading this post. RIP the pair of you and may your children find comfort in each other,” another said.

To support the family visit, gofundme.com/support-omena-ubiaro-and-family

Spread the loveOf all the updates that have been given END_OF_DOCUMENT_TOKEN_TO_BE_REPLACED