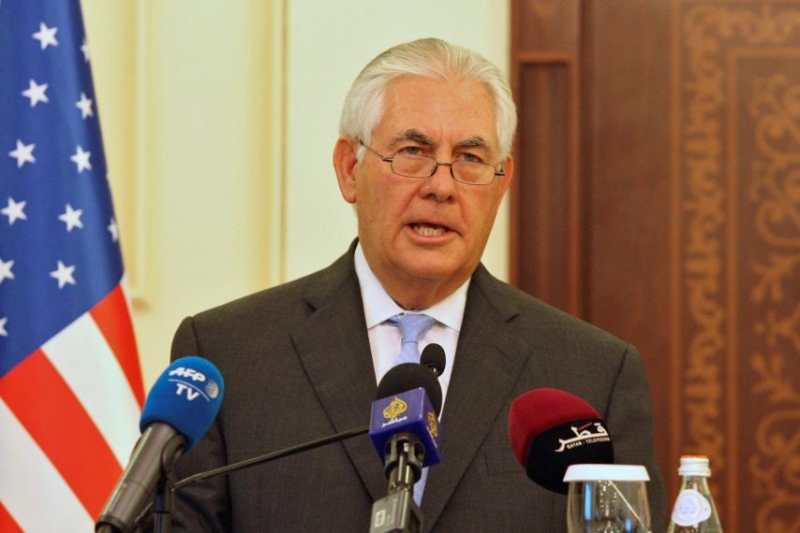 Headed by Ambassador Todd F. Buchwald, the OCGJ, the website of the Office says it "…advises the Secretary of State and the Under Secretary of State for Civilian Security, Democracy, and Human Rights on issues related to war crimes, crimes against humanity, and genocide. In particular, the Office helps formulate U.S. policy on the prevention of, responses to, and accountability for mass atrocities. To this end, the Office advises U.S. Government and foreign governments on the appropriate use of a wide range of transitional justice mechanisms, including truth and reconciliation commissions, lustrations, and reparations, in addition to judicial processes."

It is unclear why this important office at the State Department is facing closure. It is, however, well known that the Trump Administration which has been in office for seven months has yet to fully staff major diplomatic and State Department offices, in addition to dealing with budgetary cuts to the Department.

The closure of the OCGJ may have major implications for support of ongoing international investigations in Africa and the push to indict and arrest alleged criminals for prosecution at the International Crimnal Court (ICC) based in the Hague, Netherlands or locally. Although not a member of the ICC, which is a court of last resort for the prosecution of war crimes, genocide and crimes against humanity. the U.S. works closely with international human rights groups and supports the UN Security Council in the effort to achieve international justice.

120 nations, in July, 1998 adopted the Rome Statute which officially came into force in July, 2002. The Rome Statute established the International Criminal Court (ICC) for the  "prosecution of the perpetrators of the most serious crimes committed in their
territories or by their nationals…"


The Office of the Prosecutor (OTP) of the ICC which is headed by an African female, the Gambian jurist and Prosecutor Madam Fatou Bensouda says "Upon referrals by States Parties or by the UN Security Council , or on its own initiative and with the judges' authorisation, the Office of the Prosecutor (OTP) conducts investigations by gathering and examining evidence, questioning persons under investigation and questioning victims and witnesses, for the purpose of finding evidence of a suspect's innocence or guilt. OTP must investigate incriminating and exonerating circumstances equally. OTP requests cooperation and assistance from States and international organisations, and also sends investigators to areas where the alleged crimes occurred to gather evidence. Investigators must be careful not to create any risk to the victims and witnesses." ICC Preliminary Investigations in Africa
According to the ICC, currently, there are preliminary investigations in 4 African countries.
Burundi – Focus: Alleged crimes under the ICC’s jurisdiction committed in Burundi since April 2015.

Nigeria  – Focus: Alleged crimes against humanity or war crimes committed in the Niger Delta, the Middle-Belt States and n the context ofd armed conflict between Boko Haram and the Nigerian security forces in Nigeria.

In making its determination to open a preliminary investigation, the ICC says consideration is made "…whether an investigation would be admissible (a national court is not already dealing with it); and whether or not an investigation would be in the interests of justice and the victims (here OTP considers whether, regardless of jurisdiction and admissibility, there is some good reason not to take on this situation).

Currently and as part of its preliminary investigations, the OTP is dealing with the issues of jurisdiction in Burundi and Gabon and admissibility in Guinea and Liberia.

No African country made the list of "closed with the decision not to investigate".

The OTP of the ICC concluded preliminary investigations in 8 Africans countries and made the decision to  open formal investigations:


Central African Republic (CAR):
Situation referred to the ICC by the CAR Government: December 2004
ICC investigations opened: May 2007
Current focus: Alleged war crimes and crimes against humanity committed in the context of a conflict in CAR since 1 July 2002, with the peak of violence in 2002 and 2003. (See CAR II for the situation in CAR from 2012 onward.)
Current regional focus: Throughout CAR

Central African Republic (CAR) II:
Situation referred to the ICC by the CAR Government: May 2014
ICC investigations opened: September 2014
Current focus: Alleged war crimes and crimes against humanity committed in the context of renewed violence starting in 2012 in CAR. (See CAR I regarding the 2002/2003 conflict in CAR.)
Current regional focus: Throughout CAR


Cote d'Ivoire:
Côte d'Ivoire accepts ICC's jurisdiction: April 2003 – Rome Statute ratification: 15 February 2013
ICC Prosecutor opens proprio motu investigations after authorisation of Pre-trial Chamber: 3 October 2011. (The Office of the Prosecutor opened this investigation on its own initiative.)
Current focus: Alleged crimes within the jurisdiction of the Court committed in the context of post-election violence in Côte d'Ivoire in 2010/2011, but also since 19 September 2002 to the present
Current regional focus: Throughout Côte d'Ivoire, including, the capital of Abidjan and western Côte d'Ivoire 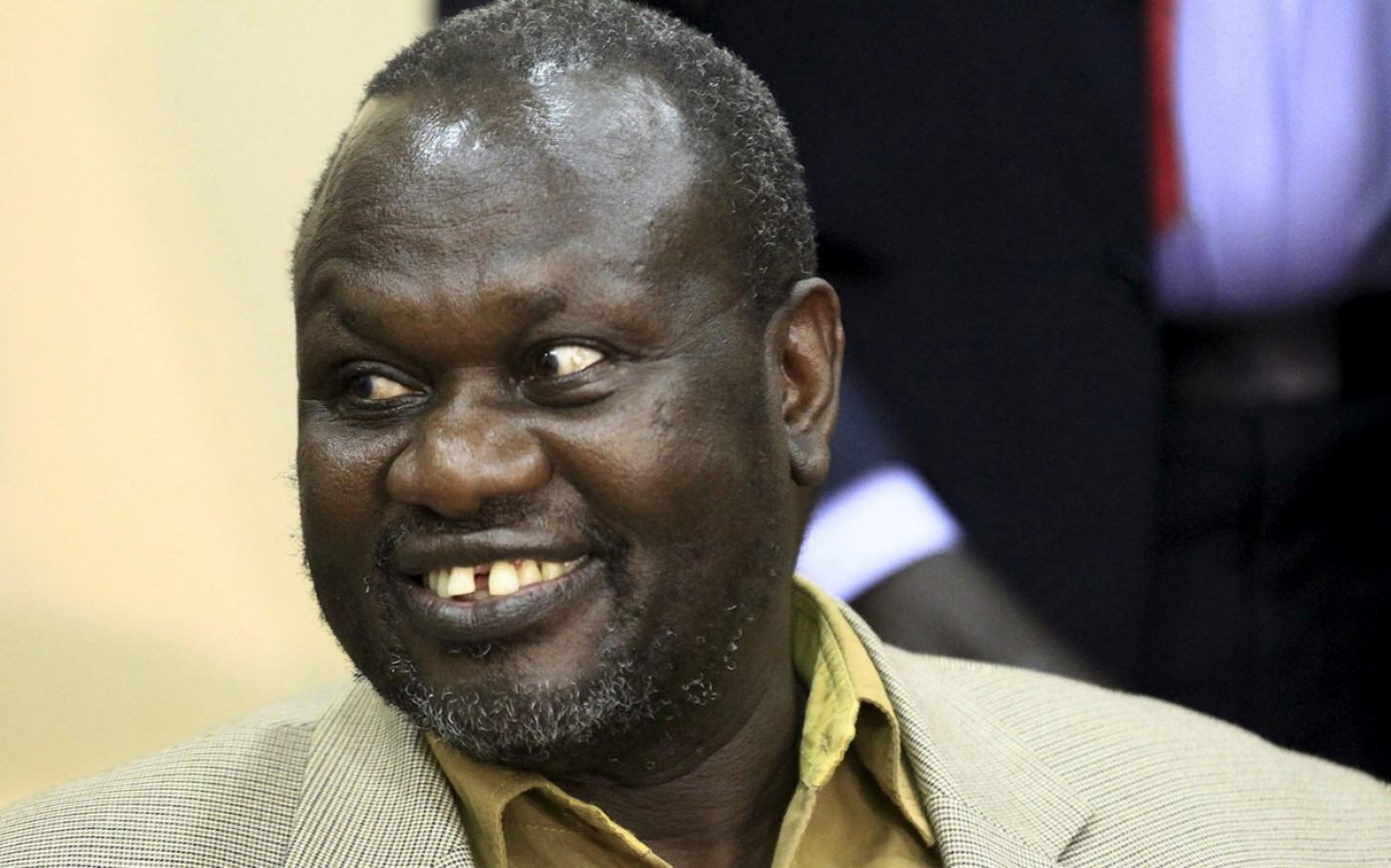 Sudan, Dafur:
Situation referred to the ICC by the United Nations Security Council: March 2005
ICC investigations opened: June 2005
Current focus: Alleged genocide, war crimes and crimes against humanity committed in in Darfur, Sudan, since 1 July 2002 (when the Rome Statute entered into force)
Current regional focus: Darfur (Sudan), with Outreach to refugees in Eastern Chad and those in exile throughout Europe.
Democratic Republic of  Congo:

Situation referred to the ICC by the DRC Government: April 2004
ICC investigations opened: June 2004
Curren​t focus: Alleged war crimes and crimes against humanity committed in the context of armed conflict in the DRC since 1 July 2002 (when the Rome Statute entered into force)
Current regional focus: Eastern DRC, in the Ituri region and the North and South Kivu Provinces 
Libya:
Situation referred to the ICC by the United Nations Security Council: February 2011
ICC investigations opened: March 2011
Current focus: Alleged crimes against humanity committed in the context of the situation in Libya since 15 February 2011
Current regional focus: Throughout Libya in, inter alia, Tripoli, Benghazi, and Misrata

Uganda:
Situation referred to the ICC by the Government of Uganda: January 2004
ICC investigations opened: July 2004
Current focus: Alleged war crimes and crimes against humanity committed in the context of a conflict between the Lord's Resistance Army (LRA) and the national authorities in Uganda since 1 July 2002 (when the Rome Statute entered into force)
Current regional focus: Northern Uganda

3 Africans have been sentenced following their war crimes convictions and include  Ahmad Al Fafi Al Mahdi from Mali – 9 years, Germain Katanga from DRC –  12 years and  Thomas Lubanga Dyilo from DRC – 14 years. Their sentencing included payment of reparations to their victims from a Trust Fund.

War crimes trials are ongoing for former Ivorian President Laurent Gbagbo, Jean Pierre Bemba from the CAR and  Bosco Ntaganda from the DRC. Bemba has appealed his conviction.

The OTP has closed, withdrawn or has been unable to confirm 5 cases which involved Kenyan President Uhuru Kenyatta and Vice President Ruto, Abu Garda of Dafur, Sudan, Ngudjolo Chiu from DRC and Callixte Mbarushimana from DRC.

ProsecutionIn February, 2017 the African Union (AU)  issued a non-binding resolution to back the mass withdrawal of African countries from the ICC and accused the body of "undermining their sovereignty and unfairly targeting Africans."  But the AU also resolved to also engage the UN Security to undertake reforms of the ICC.

While most African heads of state are divided, and in in some in some instances vehemently opposed to the jurisdiction of the Court, their citizens who have been the subject of state crimes, crimes against humanity and abuses look to the court for justice and protection.


In Liberia, reports have emerged that there is an international investigation and evidence gathering against principal players in the Liberian civil war between 1989 – 1997 where an estimated 250,000 were killed and nearly 700,00 others internally and externally dislocated. Liberia has no national court to try accused perpetrators. There have been calls in in and out of the country for the establishment of a War Crimes  Court for the prosecution of perpetrators at the Hague.


As part of the Accra Comprehensive Peace Agreement signed by the warring parties, a Truth and Reconciliation Commission (TRC) was established to Liberia to, among other things, "promote national peace, security, unity and reconciliation," and at the same time make it possible to hold perpetrators accountable for gross human rights violations and violations of international humanitarian law that occurred in Liberia.


Recently, the former head of Liberia's TRC Counselor Jerome Verdier diclosed that that new war crimes perpetrators have been uncovered in Liberia and are currently the subject of new crimes and international human rights investigations for their alleged war crimes.


The former TRC Chief in his disclosure  explained that "…Notwithstanding, the TRC Report recommended further investigations, which are now currently ongoing, into the activities of perpetrators who lied to the TRC, avoided the TRC or were completely unidentified by the TRC…" The only Liberian national held accountable for war crimes and crimes against humanity is former rebel turned President Charles G. Taylor who was prosecuted and found guilty by the ICC-supported Special Court for Sierra Leone (SCSL). Taylor is serving a 50 year jail sentence in the UK.

The international community in Europe and the U.S. has so far identified a number of alleged war criminals from Liberia and in some instance has begun prosecution.


Since the conclusion and submission of its Final Report to Liberia's National Legislature, no substantive actions have been taken on the recommendations of the TRC which included Criminal Prosecution for violations, Reparations and a "Palava Hut" Forum.

Recently, the former head of Liberia's TRC Counselor Jerome Verdier. The former Chief of the Liberian TRC explained that "…Notwithstanding, the TRC Report recommended further investigations, which are now currently ongoing, into the activities of perpetrators who lied to the TRC, avoided the TRC or were completely unidentified by the TRC…"


Human rights activists in other hotspots across Africa including South Sudan, Ethiopia, Zimbabwe, Somalia, Cameroon and others have reported low grade government crackdown, rebel attacks and violence against citizens, dissidents and opposition members.


The closure of the U.S. Office of Global Criminal Justice (OGCJ) at the State Department will create a loss of focus  by the U.S. and exacerbate the worsening human rights conditions on the African continent by perpetrators and actors who commit war crimes.