WHERE DID BUHARI MISS THE ROAD? – AfricanOrbit 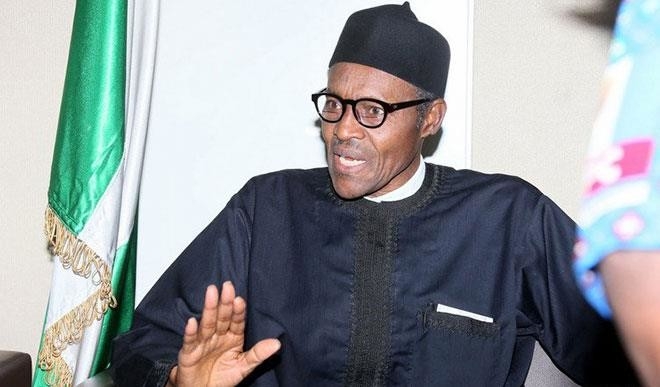 WHERE DID BUHARI MISS THE ROAD?

The 2015 Presidential elections in Nigeria had all kinds of ramifications for the country. It was evident that public opinion the mood in the National Assembly, the country and in the international community pointed, in no uncertain terms, the need for a new captain to man what had become a destitute ship of state floundering in turbulent high seas. With “change” for a mantra, and having survived the closest scrutiny of his former military/political career and private life, candidate Buhari thoroughly demolished the much vaunted but ephemeral opposition provided by the Peoples Democratic Party’s candidate in the person of the incumbent President, Dr. Goodluck E. Jonathan.

In the aftermath of the catastrophic loss, Jonathan became the only Nigerian president to ever publicly acknowledge the loss of an election and handed over power to President Buhari. The world heaved with relief. Jonathan had become President in 2010 in the wake of the death of his former boss, President Yar’Adua, and the political shenanigans that proceeded and accompanied his passage which placed the country amidst one of its gravest constitutional crisis since independence.

Very few Nigerian Presidents and Heads of State have confronted so many daunting challenges that Buhari met when he assumed office. It was common knowledge on the part of everyone in Nigerian and among its foreign “friends” that all was not right with country. What was not known was extent of the damage that had been done to the country.

Today, two-plus years into his administration, Buhari faces widespread public disillusionment in the wake of many scandals that keep revealing the outright robbery, stealing and peculation of public funds by officials of previous administrations, especially those of his predecessor Goodluck Jonathan’s; the scale has been massively wanton. He has had to deal with a Boko Haram insurgency that has paralyzed the northeastern geo-political zone of the country. Add to these a devastating economic recession, a burgeoning energy crisis, demands for the re-structuring of Nigeria in the wake of agitations for the creation of a separate state of Biafra and mounting tensions around West Africa, political developments in Africa and the globe.

The President who overwhelmingly won the Presidency with promises that his time in office, however long or short, would be a time of cleaning, healing and energizing the country to move forward in a positive way is having a hard time fulfilling his promises.

For now, an astute observer of the Buhari administration will probably have “consolation” in the fact that his personal confidence, the confidence he has in his fellow citizens, his Vice President and his careful and promised devotion to our constitution as a “new and converted democrat,” are the factors sustaining his survival.

As soon as he became President, Buhari took a number of controversial decisions, which pundits, then, argued were taken in Nigeria’s best interests ahead of his own political popularity. These may now haunt him, nay, cost him the office and his party, the All Progressives Congress, mammoth losses in the next round of elections slated for 2019.

Personal health issues, undisclosed and unexplained to the country, and which continues to keep him marooned in a London hospital, have not helped matters. The brilliantly sustained efforts and agility of his Vice President Yemi Osinbajo, now Acting President, continue to be the nation’s saving grace. There is, now, an ever-increasing need to restore the credibility of the Presidency as the National Assembly, especially the Senate, appears to have embarked on a collision course of assertiveness of its rights and powers vis-a-vis the Presidency. Every move by the Presidency is challenged, disputed, even discountenanced by the Senate.

Consequently, the Buhari administration has not been able to curtail inflation; address the issue of unemployment, especially massive youth unemployment; reduce the size and role of the federal government with current expenditures and growth that experts claim consume 70% of the Nigerian budget and, therefore inexorable; and deal with other serious issues of governance, especially those that relate to the states and the federal government.

Other than his much-vaunted fight against corruption, a battle which many feel he is losing in the courts, Buhari has not championed any policies and/or legislations that have introduced any “changes” in the lives of ordinary Nigerians. In fact, what Nigerians remember and which feature in most discussions and public commentaries on various media today are assertions that when he came into power:

d.    Kidnappers now operate brazenly on Nigerian roads and in the communities.

In the area of foreign relations, no one can say with any degree of certainty the focus of the administration’s foreign policy. Many cannot tell you the name of our Minister for Foreign Affairs! In short, Nigeria’s foreign policy lacks resoluteness, direction and vision.

There are no major foreign policy initiative/s to report and the partly aggressive ‘‘shuttle diplomacy’’ between President Buhari and his counterparts in Niger, Chad, and the Cameroon that aided the fight against the insurgent Boko Haram group have all but fizzled. So have his efforts and timely intervention in Ghana and Gambia’s elections, borne out of his special qualities—openness, intelligence, directness all but forgotten. His once enormous reputation abroad has been tremendously whittled.

Perhaps it is proper for one to venture to say that in this administration, there is a confusion between decisiveness and timidity; intelligent compromise and surrender; and moderation and weakness. It is apparent that President Buhari has adversaries. Yet, no one has been able, with the exceptions of Governor Fayose of Ekiti and Femi Fani-Kayode, to identify any known “enemies.”

In other words, what was generally considered to be the essence of President Buhari’s leadership and strength of character; his downright low key Nigerian traits as focus, courage, fairness, civility and telling the truth at all times, have now become the missing elements of his administration. The earlier he retraces his steps, the better Nigeria will be. So help him God! Wishing him a quick, full recovery and early return to his post.