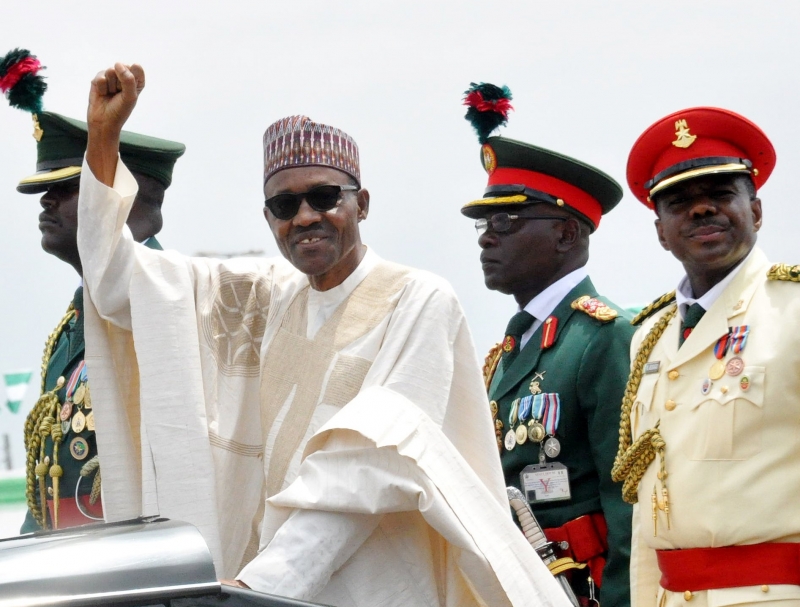 For years before his election, President Buhari postured and promised Nigerians the kind of governance and leadership that would take Nigeria places in the comity of nations. Four times he ran, and the fourth time Nigerians decided to gamble on his claim to being the best prepared Nigerian to lead Nigeria away from the turbulent oblivion into which it was headed for the calmer straits of prosperity, progress and development.

President Muhammadu Buhari rose to prominence as an honest man with integrity who could and would, given the chance, clean up the cesspool that the Nigerian polity had become. Amidst political propaganda, Nigerians bought into this proclamation of messianic aura by trooping en mass to the polling stations in 2015 with hopes that things were finally going to change and the country would, finally, be placed on its proper trajectory to greatness.

No sooner did he ascend the presidency than he became a virtual pawn of  a northern gang; APC party and non-party operatives, movers and shakers from the north, purposed on using their buddy’s position with him to line their pockets with more graft than most other presidential entourages ever dreamed of and to implement their northern agenda. The southern geo-political zones were completely marginalized.

The broader reality today is that his much-heralded leadership is a farce and his promises to re-make Nigeria a cruel and unconscionable hoax. Change, has translated to be worse for Nigeria.

Nothing promised was delivered as at and when due. He promised to appoint technocrats to run the affairs of the country. For months he made the country wait in speculation before appointing his ministers, who at the end, turned out to be no technocrats but either recycled political hacks with antecedents long in corruption, controversies or political neophytes with no ideas or comprehension of what it takes to serve a country, and who became, like himself, overwhelmed by the sheer monstrosities of the portfolios assigned to them. Foreigners, American Europeans, etc., continue to ask where are the likes of Pat Itomi, Prof. Ibrahim Gambari, and other Nigerians, with creditable credentials of working in the world’s largest bureaucracies, while the country languishes in the befuddled actions of inexperienced personnel.

Many Nigerians cannot remember the names of President Buhari;s ministers, let account for their accomplishments. The Ministry of Finance is perennially in turbulence as the nation’s economy awaits proper responses to the issues affecting the country’s economic fundamentals. Nothing in the realm of the Ministry of Works, Power and Housing’s purview has a semblance of attention being paid to the issues. Our External Relations has no focus as the Minister continues to react to issues affecting Nigeria around the world. Bitter internecine fighting and blame game are rife between agencies of government; DSS is at loggerheads with EFCC and so on!

President Buhari showed his political naiveté when he initially claimed that civil servants did most of the work while ministers come in as glorified leaders of their ministries. The point he missed here is that the Federal Public Service he has now does not compare to the one he had in his previous stints as a Federal Commissioner and Head of State. Gone are the Ahmed Jodas, the P. C. Asiodus, S. B. Adeniyis, Alhaji Alhajis, Abdul Attas, Damcidas, Liman Ciromas, Longes and the like; seasoned, patriotic civil servants all. In their places now are people who acquired their positions by paying huge sums of money! Patriotism, dedication, competence, leadership and what have you are gone to the dogs!

President Buhari is just too weak to keep  any of his other nominal underlings in line and, more often than not, will largely stand by in impotent and befuddled confusion while his appointees and aides betray the public trust at every opportunity. The SGF and Ikoyigate scandals are two of the many outrages of the Buhari administration. The plundering of government and public assets has continued unabated in spite of his much glorified fight against corruption.

His much vaunted body language, that spoke indicated and eloquently exhibited his determination, consistency, disdain for the corrupt and integrity now frequently expose how overwhelmed he feels by the office of the presidency while his

inadequacies have made him the perfect patsy for the white collar, and any other colour, graft-grabbers and outright criminal elements who continue make fortunes from this clumsy political hack’s continued mismanagement of the country.

In the confused and blunder-filled administration, Nigeria is being poorly-managed like a mom and pop business in Wuse, Abuja market. Buhari;s naiveté, ineptitude and unpreparedness for the job is fast becoming legendary. His and his cohort’s repeated economic mis-steps and failures coupled domestic and foreign policy blunders are now beginning to play like a dark comedy. His bungled and stumbling economic policies resulted in a stagnant economy, out of control inflation and unemployment; a disastrous mix, termed “stagflation.”   Buhari has proven to be in over his head on the economy and the disjointed, sometimes contradictory measures he and his cohorts have in place to turn things around, hopefully, would not result in a full-blown depression by the time he would run for reelection.

Fortunately, many, if not all of these shortcomings can be resolved in time if whatever is left of his renowned confidence and determination can be summoned into immediate action.

However, Buhari’s penchant for being petty and spiteful, an attitude that has alienated members of his own party, especially the CPC Caucus in the APC [the core of his strength in the party), may prove to be his undoing. One is reminded of Tip O’Neil, late former Speaker of the US House of Representatives. In an outrage at President Carter and his political troupe for their peculiarly characteristic bungling of issues when they got to Washington, DC, he said: “You guys came in like a bunch of jackasses and you’re going out the same way!” This history may repeat itself in Nigeria.

In the final analysis, it now seems that Buhari’s campaign team virtually sold every possible presidential appointment in its desperate bid for the presidency. Consequently, he has almost no leeway as to who he could nominate for positions from Cabinet level on downwards. The confirmation hearings, the subsequent performances of the confirmed nominees, etc. are now ample fodder for political humorists as some of the most unqualified nominees in Nigeria’s history are now occupants of the nation’s most sacrosanct offices.

Could we have prevented the further enhancement of corruption, ineptitude, incompetence and a degeneration of Nigeria’s body polity and highest office into this epitome of and antithesis of development that they have now become?

O Creator, help us from a self-perpetrated destruction!

Spread the loveOf all the updates that have been given END_OF_DOCUMENT_TOKEN_TO_BE_REPLACED

Previous Post Nigeria’s second-highest Muslim ruler is facing an embezzlement investigation. Who is he? – Newsweek
Next Post THE RESURRECTION OF CORPSOCRACY-FFK