Nigeria’s second-highest Muslim ruler is facing an embezzlement investigation. Who is he? – Newsweek 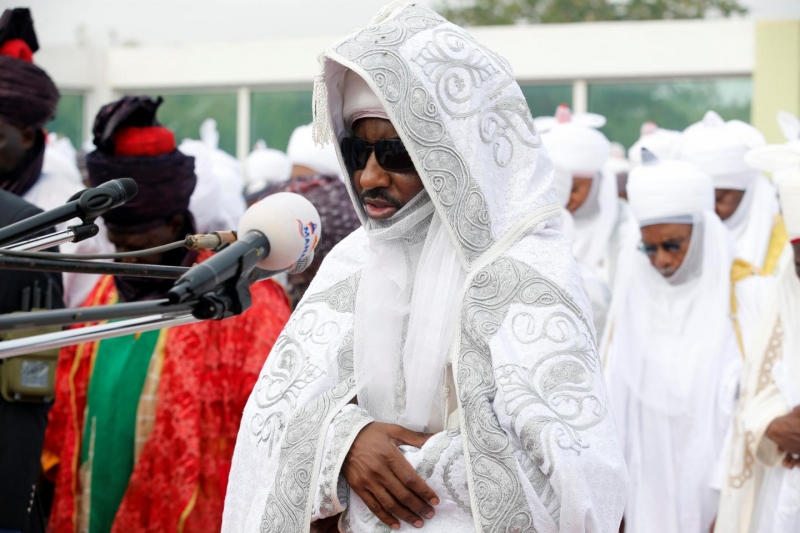 He’s the former governor of the Central Bank of Nigeria, Forbes ’ Africa Person of the Year in 2011 and the Emir of Kano, the second-highest position of Islamic authority in Nigeria.

Sanusi Lamido Sanusi, also known as Emir Muhammadu Sanusi II, is a man of many titles. And the banker-turned-religious-leader is adamant that the title of criminal will not be added to that list, despite Nigerian authorities launching an investigation into allegations of embezzlement.

The head of the anti-corruption unit in the state government in Kano, the city in northern Nigeria where Sanusi, 55, is based, confirmed to AFP that the treasurer and secretary of state of the Kano Emirate Council—of which Sanusi is the head and which is funded by the Nigerian government—had been summoned for questioning.

The investigation is focused on the use of 6 billion naira ($19 million) of the council’s funds to pay for luxury cars, mobile phone bills and other expenses. Sanusi’s office has denied the allegations, describing them as “baseless” and “mischievous” and claiming that two Rolls Royce cars were donated to Sanusi by his friends.

Whether in his secular role as a top banker or his religious role as an Islamic leader, Sanusi’s public life in the West African country has often been marked by controversy. The economics graduate came to prominence in 2009, when former Nigerian president Umaru Yar’Adua appointed Sanusi as head of the central bank in Nigeria, an oil-dependent economy that is one of Africa’s biggest, in the heat of the global financial crisis.

Sanusi plunged into his role at a rapacious speed. In the first six months of his tenure, the CBN bailed out nine Nigerian banks at a cost of $4 billion, with Sanusi firing the top executives at eight of the banks. His activity in unearthing financial mismanagement, or even corruption in some cases, was so swift that it was dubbed as the “Sanusi tsunami.”

His actions earned him acclaim from international observers: Sanusi was named the world’s best central banker for 2010 by influential magazine The Banker. But his probing pitched him against some of Nigeria’s most entrenched vested interests, which eventually led to an all-out confrontation with Nigeria’s all-powerful oil industry in 2014: Sanusi told a senate committee that $20 billion in oil revenues had disappeared over a 19-month period. Nigeria’s state oil firm strenuously denied the allegations and then-Nigerian President Goodluck Jonathan suspended Sanusi in February 2014. The former banker stands by those allegations.

Sanusi’s tenure as Nigeria’s top banker ended in June 2014, when the Kano state governor selected him as the 15th Emir of Kano. His grandfather had held the post, and Sanusi had long nursed ambitions to take up the position— he quit a banking job in the mid-1990s to study Arabic and Islamic studies in Sudan.

The position of Emir of Kano is second only to the Sultan of Sokoto in Nigeria’s Islamic hierarchy, and Sanusi has used his influence to speak out on a number of issues. He has been a vehement opponent of Boko Haram, the extremist militant group that has waged war in northern Nigeria since 2009, killing thousands and displacing millions. Sanusi called on Nigerians to arm and defend themselves against attacks; Boko Haram responded by bombing the central mosque in Kano in November 2014, killing scores of people. The mosque is located next to the Emir of Kano’s palace, but Sanusi was out of the country at the time. Boko Haram leader Abubakar Shekau later issued a video in which he threatened Sanusi.

More recently, Sanusi has been outspoken on the issue of polygamy, which is widely practised in northern Nigeria, a mostly-Muslim region. Earlier in 2017, Sanusi suggested that men who take on more than one wife and father many children without the means to provide for them could lead the offspring towards crime and terrorism. “They end up producing 20 children, not educating them, leaving them on the streets, and they end up as thugs and terrorists,” said Sanusi, who has four wives himself. His comments have met with resistance among conservative Muslims, but Sanusi appears to be determined to modernize northern Nigeria, a region beset by poverty and lack of education. He has also proposed banning forced marriage in most cases and converting mosques into schools to increase access to education.

Spread the love(Genesis 50:14 (NIV) …14 For God shall bring every END_OF_DOCUMENT_TOKEN_TO_BE_REPLACED

Previous Post If You Can Read This, You’re In Trouble, -‘Tope Fasua
Next Post THE BUHARI ADMINISTRATION: EPITOME OF PRESIDENTIAL INCOMPETENCE- Abiodun Egunjobi