NIGERIA: WHO IS MINDING THE STORE? – Abiodun Egunjobi 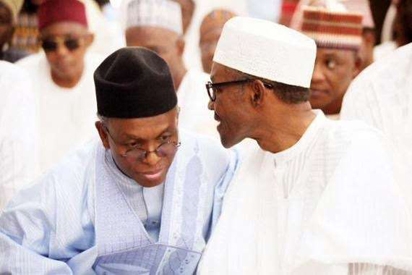 On his way to the operating theatre after being shot by an intending assassin, late American president, Ronald Regan, asked this question of his medical team: “Who is minding the Store?” It is a question that I find appropriate in the present circumstances in which our country, Nigeria, has now found itself. It is ironical that while President Buhari is dealing with some protracted medical issues that we all are hoping and praying he surmounts, the country itself needs to be wheeled into an operating theatre for urgent medical attention.

For Nigeria, the question is not only who is minding the store but is the store being minded at all?  Reports, trends, facts, etc., coming in suggest the answers to both questions are: no one and no.

Fortunately, we have, in this case, the benefits of history and hindsight, from The United States of America, a country we pretend to be copying. Jimmy Carter was the American president from 1977 to 1980. He campaigned as an outsider to win the presidential election in 1976 promising, among others, to: institute tax reforms, make the government more "competent and compassionate,"

However, America was in the throes of many economic crisis fueled by rising energy costs, stagflation, issues deriving from his Airline Deregulation Act of 1978 and his deregulation of the  of the trucking, rail, communications, and finance industries.

An energy crisis in 1979 ended whatever economic growth there was at this period in his administration as both inflation and interest rates rose; economic growth got truncated, job creation, and consumer confidence declined considerably. The situation was excercebated by the loose monetary policy adopted by Federal Reserve Board under Chairman G. William Miller which resulted in higher inflation rates. These rose from 5.8% in 1976, 7.7% in 1978, 11.3% in 1979 and 13.5% in 1980. To this recipe for disaster was added another; the doubling of crude oil prices by OPEC. All of these created a sharp recession in the spring of 1980. Everything went south and haywire and Ronald Reagan seized on the moment to adopt as his campaign cry; “a recession is when you lose your job; an economic depression is when your neighbor loses his job; economic recovery is when Jimmy Carter loses his job.” Americans bought into Reagan’s campaign and Jimmy Carter lost the 1980 presidential elections severely.

As soon as Ronald Regan became President in 1981, he signed the Economic Recovery Tax Act of 1981 at his California ranch. The four pillars of Reagan's economic policy were:

a.   to reduce the growth of government spending;

b.    reduce the federal income tax and capital gains tax;

d.   tighten the money supply in order to reduce inflation.

Today, many economists are agreed that Regan’s tax cuts combined with an emphasis on federal monetary policy, deregulation, and expansion of free trade created a sustained economic expansion, the greatest American sustained wave of prosperity ever.

Let us look at our country, which was in similar throes as America was under Jimmy Carter.  It should be noted that, like under Carter, increases in fuel prices precipitated the economic recession. Ditto for Nigeria; the Nigerian economic crises came out of the raising of petrol prices to N145 per litre. Late President Yar’Ardua knew better to reduce the price of petrol to N65 a litre which President Jonathan disowned and raised to N87 when he became president. President Buhari put the final nail in the coffin and settled for N145, setting the current economic crises into motion.

What has been Nigeria’s response to the issues? An Economic Recovery and Growth Plan was recently unveiled belatedly that reveals the sheer incompetence and ignorance of those in charge of Nigeria’s economic affairs.  The plan is a familiar and convoluted long term agenda loaded with the usual speculative lexicons that will not do the job for Nigeria.

As explained above, Reagan’s Economic Recovery package was simple and direct and with specifics. It was predicated on four pillars, namely:

a.    to reduce the growth of government spending;

b.    reduce the federal income tax and capital gains tax;

d.   tighten the money supply in order to reduce inflation.

With the plan unveiled, other issues needed to be addressed; who will be responsible for putting the plan into execution?  Reagan came into office with the best of the best; accomplished and matured businessmen and technocrats. Renowned businessman Donald T. Regan was at Treasury. David Stockman, a spectacularly brilliant Congressman was Director of the Office of Budget. By the time David Stockman was through with Congress, he was the only man who understood what he was talking about regarding the Budget. Congress simply acquiesced. Brilliant academic, James Volker was in charge of the Federal Reserve Board [the US equivalent of our Central Bank]. Raymond Donovan was Labor Secretary; and there were others, who like the President went to work. Let us take a look at some of the results.

·       The misery index, defined as the inflation rate added to the unemployment rate, shrank from 19.33, when he began his administration, to 9.72 when he left, the greatest improvement record for a President since Harry S. Truman left office.

The economist William A. Niskanen, who was a member of Reagan's Council of Economic Advisers contented later that deregulation [Nigeria’s privatization] had the "lowest priority" of the items on the Reagan agenda, given that Reagan "failed to sustain the momentum for deregulation initiated in the 1970s." As a matter of fact, Ronald Reagan "added more trade barriers than any administration since Hoover.

The closest headlines you get that the Nigerian government is doing something go like this: “Nigeria’s Inflation Rate Highest Since October 2005 as Rate Rises to 18.3% in October.”  “Nigeria Leaves Key Rate Unchanged at 14%.”

What is the government doing to reduce its bloated expenditures; especially current expenditure? How is the government trying to put money into the people’s pockets? What government borrowing programme is on for the purposes of creating infrastructure capable of reducing unemployment? How does it intend to curb inflation? These are the salient questions.

Let us, also, not forget that the country needs the right kinds of accomplished, matured, businessmen and technocrats who will implement the plan. What I see running the country are contractors, dealers and neophyte technocrats who do not know if Nigeria has a store and where the store is let alone understand the need for the store to be minded. God save us from self-destruction.