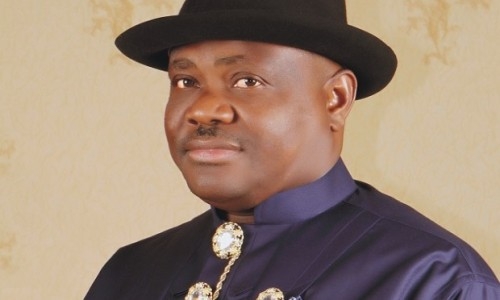 Still On the Supreme Court Verdict in Rivers State

What a close shave? Gov. Nyesom Wike has snatched victory from the jaws of defeat. Wike’s victory has given us reason why we should begin to look for other alternatives in settling electoral disputes because the apex court has proven electoral disputes are quite intractable and courts are never witnesses to elections.

The local and international observers who slammed the Rivers election as a sham can as well as go to blazes.


Those who died trying to exercise their franchise died in vain, even with the over whelming evidence, the court concluded the case and declared the mandate beneficiary a saint.

Wike’s victory at the Supreme Court is like punishing a child and taking away his only right of psychological relief which is to cry and express his pains. The credits belong to Rivers State electorates who even in the face of intimidation strived fearlessly and pursued the April 11th charade called election constitutionally to the apex court before it was proven otherwise.

Many people are asking what influenced the judgment? Could it be that the judges were avoiding an impending disaster? If the judges had ordered for a rerun, I bet you, Rivers State would have recorded more deaths from electoral violence than the previous one in the State because those who fraudulently got into office using wide spread rigging and violence will “Somalize” and reduce Rivers State to a theatre of internecine war with every Arsenal at their disposal. To them, violence is the only guaranteed way to victory. “If python could swallow its egg, what will it not do with the egg of a fowl”?

The lesson is simple, electoral disputes should be settled as political differences on the field and our judges should be left out of electoral disputes.
Simply put, Independent National Electoral Commission (INEC) and politicians should conclude elections on the day of election and not prepare for fault findings so they can run to court and retrieve "lost mandates”. Generals are not known to be negotiating armistice or truce in a war they are coasting to victory.

Meanwhile congratulations to Gov. Nyesome Wike and I hope all parties sheath their swords so the people of Rivers won't suffer the more.

Now is the time we will know if he truly came to power to serve Rivers State or for personal and vindictive purposes.

Spread the loveOf all the updates that have been given END_OF_DOCUMENT_TOKEN_TO_BE_REPLACED