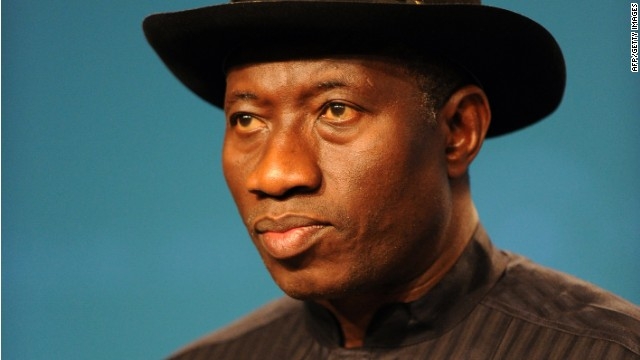 The quote, "I have proven to Nigerians that my political ambition is not worth anyone's blood" by Good luck Jonathan on every appearance and even on the lips of his crass supporters has lost touch with the present realities.

The confessions of some mixed bags of heavily corrupt Nigerians under the custody of the Economic and Financial Crimes Commission (EFCC) of how $2.1 million earmarked for arms procurement was diverted for personal use has proven otherwise about the above quote.

If truly, the former president's political ambition does not worth the blood of Nigerians, why did he allow profiteering politicians access to the national treasury? Why did he allow our soldiers to go to battle field largely unarmed and unprepared in the fight against insurgency? And why did he allow uncountable Nigerians turn refugees in own country after dozens of people had been killed and scores injured and kidnapped in separate attacks?

If the political ambition of the immediate past president does not worth the blood of Nigerians, why did he turn the Office of the National Security Adviser (ONSA) to his campaign office where hard currencies were salted away?

It beats my imagination and it defies not just logic but also philosophy how desperate our political class could be in pursuit of their political ambitions. How could one man, who was not any of the following, the President, Vice president, Coordinating minister of the economy, Central Bank Governor, control and disburse hard currencies that are more than some countries’ annual budget just for the sole purpose of winning election?

Who made it possible for the former National Security Adviser, Col. Sambo Dasuki to attain the height of tyrannical proportions in his dealings and disbursements of money meant for arms procurement? And who instructed who should benefit from the largesse and who should not?

Junketing the whole world with his headache inducing quote, “I have proven to the world my political ambition does not worth the blood of any Nigerian”, has lost its taste, especially now there are overwhelming evidence of his complicity in the arms deal scandal.

Recently, there have been calls from concerned Nigerians for the former president to break his (un)dignified silence and tell Nigerians his role in the arms deal scandal. Jonathan is not above the law and should come out and explain in details what transpired during his administration over the arms deal.

Even the lion who is the king of the forest protects himself against flies.

Spread the love(Genesis 50:14 (NIV) …14 For God shall bring every END_OF_DOCUMENT_TOKEN_TO_BE_REPLACED