BIAFRA WILL GO, WHAT NEXT? BY ABIODUN OLATUNJI EGUNJOBI 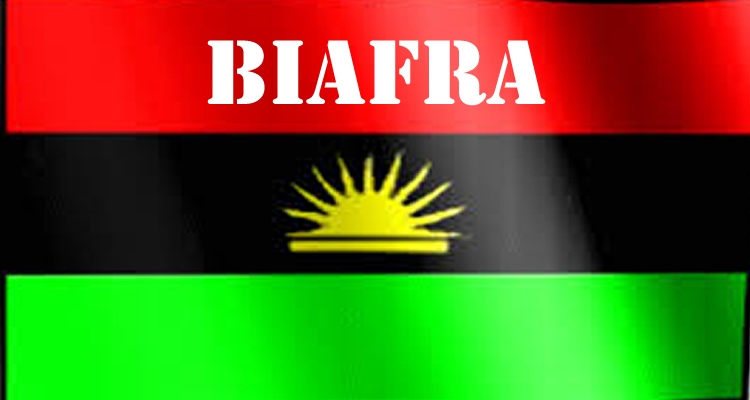 BIAFRA WILL GO, WHAT NEXT?

In the past few months, Nigerian news media have been littered with stories of hundreds of thousands of Biafrans who have turned city, town, and village streets into freedom parks with protests marches agitating for the restoration of the sovereignty of Biafra. While the protests have been predominantly in Nigeria, they are happening worldwide; in Britain, United States, Australia, other African countries, and so on.

On the part of Nigerians and Nigerian authorities, the responses to these demands have been disappointingly incongruent with the realities of present day political environment of the world with statements like these. “The case of Biafra was resolved 45 years ago when the Civil War ended.” “The unity of Nigeria in not negotiable” “We will deal firmly with any attempt to create confusion in the public polity.” Responses such as these not only trivialize the seriousness and importance of the issues these protests and agitations pose, they fan the embers of the fire fueling them.

For Nigeria, the Biafra issues will not go away with the waving of a magic wand and for a number of reasons. First, as none other than Wole Soyinka has pointed out, you cannot “kill Biafra” because it is an idea, which like the proverbial genie has left the bottle. And as Chief Awolowo pointed out in “Thoughts on Nigerian Constitution,” these kinds of agitations are never suppressed. Wrote the “Sage:”

“If the linguistic group or national group concerned are backward,

or too weak vis-à-vis the majority group or groups, their bitterness

or hostility may be dormant or suppressed. But as soon as they become

emerges amongst them, the bitterness and hostility come into the open,

and remain sustained with all possible venom and rancour, until homerule is achieved.”

A second and more important reason why I believe the responses have triviliased the issues is that they refuse to show an understanding of the complexities emanating from a very dynamic international political order and environment. In forty-five years, the world has changed!

From the little corner that served as my office then, I watched,  as in its wisdom, the General Assembly of the United Nations Organization, the august body charged with the onerous task of maintaining world peace and security, passed The United Nations Declaration on the Rights of Indigenous Peoples (UNDRIP) on Thursday, 13 September 2007.

All the 4 countries that were against the Declaration later switched their positions to 'supporting' the declaration as a non-legally-binding document. So have all the abstaining nations.

The Declaration was over 25 years in the making. The idea originated in 1982 when the UN Economic and Social Council (ECOSOC) set up its Working Group on Indigenous Populations (WGIP) to critically examine the issues and problems of discrimination faced by indigenous peoples around the world. The group was saddled with the responsibility of developing human rights standards that would protect indigenous peoples. The Group started working on drafting the Declaration on the Rights of Indigenous Peoples in 1985 and finished it in 1993.  The draft was, thereafter, submitted to various other organs of the UN that, after rigorous examinations and vigorous debates, gave approval.

The Declaration is a carefully organized compendium of the historical grievances, contemporary challenges, socio-economic, political and cultural aspirations of indigenous peoples with particular emphasis on their desire to get international attention, secure recognition for their aspirations, and to generate support for their political agendas. Consequently, the Declaration resonated particularly well with indigenous populations while many national governments have been at a quandary about its impact and consequences.

Essentially, one can conclude that the Declaration presents the world with the minimum standards for the survival, dignity and well-being of the indigenous peoples of the world without, in any way, limiting their attainment of greater rights.

Generally, a UN General Assembly resolution or declaration is not considered a legally binding instrument in international law. However, it does represent the coalescing and development of international legal norms and principles that reflects the commitment and desire of UN member states to move in certain directions in the pursuit of its mandate.  In the case of the Declaration, the UN describes it as setting "an important standard for the treatment of indigenous peoples that will undoubtedly be a significant tool towards eliminating human rights violations against the planet's 370 million indigenous people and assisting them in combating discrimination and marginalization.”

In a jiffy, the UN General Assembly thus established its criteria for any indigenous group of people desiring self-determination or independence. These are:

1.     A previous history of statehood or existence as separate territorial entity;

3.     Existence of special institutions of governance; and

4.     Manifestations of the will to be a separate identity.

Why is all of these information relevant to the present Biafran issue in Nigeria the reader may ask? Well, the Igbos of Nigeria have classified themselves as the Indigenous People of Biafra and they are willing, able and ready to take advantage of its provisions. Let me quickly point out that virtually all the ethnic nationalities that make up present day Nigeria satisfy the definition of “Indigenous People.” Given these criteria, Biafrans will surely free their land and perhaps Nigerians are best advised to anticipate not just this eventuality but the eventuality of all the “indigenous people” in Nigeria agitating for statehood. Only the manifestation of the will to be a separate identity, which is usually conducted through a referendum, is standing between the agitators and the achievement of their goal.

As I write, Africa Business World is reporting that a Biafran Rep. Mrs. Megan Adaobi has been admitted into the UN ECOSOC meeting as a Bilie Human Rights Initiative representing the Indigenous People of Biafra. Indications are that Mrs. Adaobi will be presenting the case of Biafra Independence before the International body at the meeting currently going on in New York. Are we witnessing the beginnings of the schism?

It was in realization of the possibility of this and other possible schisms that Prof  Onasanya wrote a book “The Urgency of Now; Building a True Nigerian Nation” in which Prof Anglicus-M  presented facts and evidence that events and developments in the international arena do not augur well for the continued existence of Nigeria as one country when the Declaration was approved.

The book showed, inter alia, that several key obstacles continue to hamper the country’s development and progress. Prominent among these are:

[a] the long acknowledged realization that a Nigerian nation does not exist while a Nigerian state run by politicians continue to dictate terms and conditions that may not be desirable to some of the country’s constituent ethnic nationalities;

[b] by virtue of [a] above, good governance, based on the following criteria remains an aberration in the country:

i. Genuine self-rule: based upon the nation’s ability to make decisions about resource ownership and allocation, project funding, and development strategy;

ii. Creating effective governing institutions: through the development of non-politicized dispute resolution mechanisms and getting rid of corruption;

iii. Cultural match: to provide the created institutions legitimacy in the eyes of the citizenry; and

[c] that Nigeria is a unique country in which some of the country’s constituent ethnic nationalities are capable of being countries on their own using 2007 World Population figures which showed that the Hausa/Fulani 42million, Yoruba 31 million, Igbo 27 million, Tiv 4 million, to name a few, are bigger than currently recognized countries like Bahamas 305,655, Barbados 280,946 and Sao Tome & Principe 199,579.

Based on these and other facts, the book recommended the urgent and immediate commencement of a Nigerian nation-building project predicated upon the Kennedy School of Government study the nation building in countries with indigenous population be aimed at:

“equipping . . . nations with the institutional foundation to increasetheir capacity to effectively assert self-governing powers on behalf of their own economic, social and cultural objectives.”

In the present circumstances, the future of Nigeria as an entity may hinge on how well it is able to deal with and build on the indigenous legacies of its indigenous peoples to try to achieve that unity in diversity with justice for all. In my lexicon, three words that the paraphernalia of the Nigerian state refuse to identify with, I believe, is the beginning of the foundational work for a virile Nigeria: Sovereign National Conference!

Spread the love(Genesis 50:14 (NIV) …14 For God shall bring every END_OF_DOCUMENT_TOKEN_TO_BE_REPLACED

Previous Post A COVENANT WITH DEATH – Femi Fani-Kayode
Next Post The Year 2015: Our Year of Calamitous Disasters By Joe Onwukeme