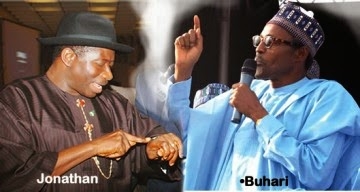 Nigerian President Muhammadu Buhari took office a month ago on a wave of hope that he would quickly deal with a deepening economic crisis and an Islamist insurgency in the north. So far, he hasn’t met those expectations.

While Africa’s biggest oil producer has been hit by a 40 percent fall in petroleum prices in the past year that has slowed economic growth and weakened the currency, Buhari, 72, has delayed naming a cabinet until September. As the momentum of being the first opposition candidate to win power at the ballot box fades, critics are mocking him as a sluggish elderly man, or “Baba Go Slow.”

Buhari has acknowledged the crisis, saying last month that his government is facing severe financial strain, with a Treasury that’s “virtually empty,” and his party is calling for patience. Yet his lack of urgency in tackling economic woes could leave Nigeria badly adrift, said John Ashbourne, an economist at Capital Economics in London.

“Every week that Nigeria goes without a cabinet increases the chance that it will face a dangerous shock — whether a revenue collapse or a currency crisis,” Ashbourne said by phone Tuesday. “Leaving the federation without a finance minister would be a questionable choice at the best of times; doing so during a period of economic instability is difficult to explain.”

Nigeria’s currency, twice devalued in the past year in an attempt to cope with lower oil income, has weakened 7.7 percent against the dollar this year on the interbank market. The International Monetary Fund estimates that growth will slow to 4.8 percent this year from 6.1 percent in 2014. The naira was trading at 198.85 against the U.S. dollar at 2.38 p.m. in Lagos.

The Nigerian Stock Exchange Index hit its 2015 peak of 35,728.12 on April 2, the day after Buhari was declared the election winner. Since then it has fallen 8 percent.

“There was initially some hope that Buhari would be able to tackle these changes more quickly and with more credibility, but the time line has now been pushed back,” Cameron said by phone from London. “It’s going to be a difficult pill to swallow for foreign investors.”

The central bank has banned importers from using the foreign-exchange market to buy certain goods as it seeks to stabilize the naira and hold on to external reserves, which are down 16 percent this year to $29 billion.

“Even what little could have been achieved so far, such as the nomination of ministers, has not been addressed, and there is a sense of inertia,” Folarin Gbadebo-Smith, managing director of the Center for Public Policy Alternatives, a Lagos-based research group, said by phone Wednesday.

Buhari’s own party, the All Progressives Congress, has recognized the growing public disenchantment and pleaded for patience.

Buhari is facing a unique situation because his victory over the incumbent, Goodluck Jonathan, ended 16 years of rule by the Peoples Democratic Party, his spokesman Femi Adesina said.

“This is not a normal changeover, it is from one government to another,” he said.

Buhari, who previously governed Nigeria as military ruler in the 1980s, has moved more quickly in the fight against the Islamist militant group, Boko Haram, which has waged a violent six-year campaign in the north.

He ordered the army to move its headquarters from Abuja, the capital, to the northeastern city of Maiduguri, the scene of some of the worst fighting, and has traveled to neighboring countries such as Chad and Niger to discuss cross-border military cooperation.

It’s the “one area in which the Buhari administration has hit the ground running,” Mohammed said.

Yet, while troops from Nigeria and Chad have largely dislodged Boko Haram from its self-declared caliphate in the northeast this year, the insurgents have stepped up hit-and-run attacks.

Buhari will also have to deal with shortcomings in his own army, which Amnesty International said last month should be investigated for war crimes, including unlawful killings.

In a step toward meeting his campaign promise to attack corruption that has crippled Nigeria for decades, Buhari disbanded the board of the state-run Nigerian National Petroleum Corp. The National Economic Council on Monday set up a four-member panel to probe its accounts.

“His approach may be different, but I am patient, I will give him some time,” Ben Murray-Bruce, a PDP senator, said in a June 29 interview in Abuja.

Where Buhari has come up short is communicating a sense of engagement to the public, said Gbadebo-Smith.

“He doesn’t say anything about anything,” he said. “The public would be satisfied with signals that say we are doing something about this, we are on top of this.”

The Nigerian naira plunged in informal trading on Wednesday as importers sought alternative sources for dollars after the central bank stopped foreign-currency funding for some imports.

The currency declined to 230 per dollar from 226 on Tuesday, Aminu Gwadabe, president of the Association of Bureaus de Change of Nigeria, said by phone from Lagos, the commercial capital. The currency traded at 215 per dollar last week before the new restrictions, he said.

In interbank trading, the naira advanced 0.1 percent to 198.85 naira per dollar at 12.05 p.m. in Lagos. The nation’s foreign-currency reserves have declined 16 percent this year to $29 billion.

The Central Bank of Nigeria listed 41 items, including rice, private jets, foreign securities and Indian incense, which couldn’t be funded in the interbank foreign-currency market or by the use of export proceeds in its bid to conserve external reserves and stabilize the exchange rate.

The restricted items account for as much as $6 billion of goods imported every quarter, according to Gwadabe. “The ban is putting pressure on naira on the streets,” he said.

Faced with a 45 percent plunge since last year’s peak in the price of oil, the source of two-thirds of government revenue, the central bank began imposing currency restrictions as pressure mounted on the naira. The Nigerian currency has weakened 18 percent against the dollar in the past year.

Previous Post Court clears Fani-Kayode of corruption charges ; Fani-Kayode changes name to celebrate court victory
Next Post How a white supremacist tapped into a Jewish fortune and use same against the Black and Jews – Rick Newman