The Rise and Rise Of Owelle Rochas Okorocha- Joe Onwukeme 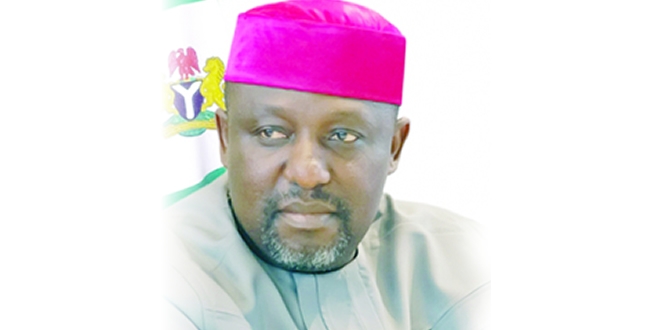 When it comes to politics in the South East and recently at the national level, take it or leave it, Owelle Anayo Rochas Okorocha has proven he is the best politician from the South East.

Ever since his historic victory in the 2011 governorship election in Imo state, he has weathered many storms and on several occasions has shamed his political foes. Since then we have seen and witnessed the consistency in the rise and rise of Governor Owelle Rochas Okorocha.

The people's governor, as he is fondly called by all is a man that is best described in Igbo as ahia oma na ere onwe ya. (A good product that sells itself)

He introduced a different kind of politics, the type that is alien to Ndimo but with time Imo citizens discovered that Imo state has been in bondage and the rescue mission of Gov. Rochas Okorocha was not just a campaign slogan but a promise kept.

While Nigerians awaits the anticipated change of APC at the centre, Imolites are not really bothered because most of the promises of the APC at the centre has already been achieved in Imo state.

Governor Rochas Okorocha on assumption of office in 2011 started by fulfilling one of his core campaign promises that many said it was impossible a task to achieve; Free education from primary school to tertiary institutions in Imo state and as I speak to you, it's a promise kept and till date people are still wondering how he did it. Imo sons and daughters are benefiting from the free education and Imo state has become the envy of other states because of this feat.

Initially I was sceptical about it till my father's testimony cleared my doubt. "My son, the free education is real, those young children that I train in school told me in one of my visits to the village that education is free, we don't pay school fees anymore, and for the past two years no one has come to me for school fees".

It sounded too real to be true but it is true, not only that education is free, schools have been built and equipped, while many are under renovation across the 27 Local Governments in Imo state.

In terms of road network, it's only someone who has not been to Imo state that will believe in those hogwash that Imo states roads constructed under Rochas are "China roads"(roads that don't last) and there are no good roads in major towns in Imo state. You can't compare quality of roads constructed now to the ones constructed when the former deputy governor who also doubles as commisioner for works held sway. There has been a tremendous improvement in the construction of quality and durable roads across the state in the past 2 years. A visit to the length and breadth of the state will convince you.

Pensioners are not left out in Imo state. He's called the friend of the pensioners because he has done what his predecessors could not do; clearing backlogs of arrears of pension owed pensioners.

While other states await the monthly income from the national treasury to run the affairs of the state, Gov. Okorocha has been able to sustain the state's economy through his rescue mission in the Agric-Sector. Imo women and youths are now engaged in various agricultural projects especially in the rural communities.

Youth restiveness has reduced to the barest minimum because many unemployed youths have been engaged in one form of youth empowerment scheme or the other.

Gov. Okorocha's meteoric rise to the top was aided by his decision to expand his political vision and run an inclusive government and the only way he could achieve such was to go into alliance with 3 other political parties that merged to form APC which has produced the next president of Nigeria. He gathered for himself a motley crowd of enemies here in the southeast over such decision but right now the southeast is happy for his foresight, hence his aphorism, "the man that saw tomorrow".

From the north to the east, south through the west, Okorocha is the joyful song on the lips of all, the beautiful bride courted by all and a force to be reckoned with. That was why he was unperturbed in his re-election bid. When the people are with you a million god fathers cannot pull you down, that was exactly what played out in the April 11th and 25th governorship elections and rerun elections respectively in Imo state. He remained resolute in the face of intimidation and at the end of the day, his victory was certain. His recent victory has increased the list of career politicians he has retired in Imo state politics.

As Gov. Okorocha takes his oath of office  today May 29th, 2015 for his second tenure, there's no iota of doubt that he will consolidate on his giant strides in Imo state and transform the Eastern Heartland beyond the expectations of Ndimo especially now that Imo state has connected with the soon to be governing party at the centre. Ka Chineke mezie okwu.