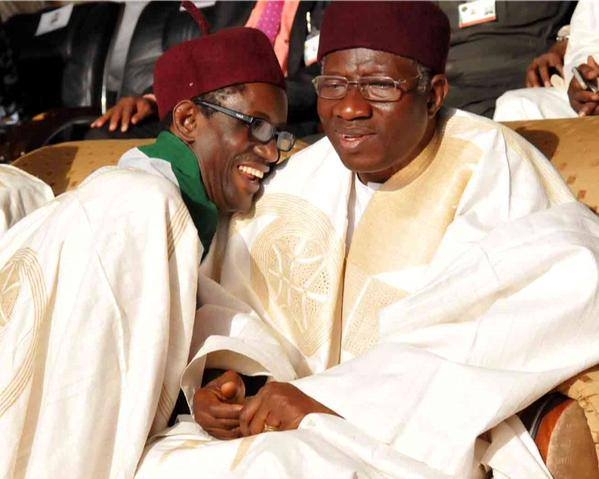 All the candidates of the Peoples Democratic Party who lost in the just-concluded 2015 general elections, especially in the northern part of the country, lost because of same factors regardless of their states. These factors include President Goodluck Jonathan’s extreme unpopularity in the north, Muhammadu Buhari’s cult-like followers in the region, and the fact that most Nigerians were angry with the PDP because of certain reasons, especially its failure to combat insurgency that has devastated the North-eastern part of the country with the attendant socio-economic effects being felt throughout the North. In fact, in some parts of Nigeria, including Adamawa State, the PDP was overwhelmingly rejected that anybody the All Progressives Congress presented was voted for.

Apart from the above generic factors that affected Nuhu Ribadu’s fortunes in the Adamawa governorship race, there are other factors which were peculiar to his ambition. Ethnicity, religion and money politics are deeply rooted in Adamawa politics and often shape the voting pattern in the state.

The Adamawa 2015 governorship election was characterised by deep religious sentiment. For instance, the Social Democratic Party governorship candidate, Markus Gundiri ran his campaign largely on the platform of faith – banking on only Christian votes. Mr. Gundiri’s envisaged that since there were three Muslim-Hausa-Fulani candidates running on the platforms of the APC, PDP and PDM, he would carry the day. Mr. Gundiri’s adventure affected Ribadu’s chances: most of the PDP strongholds gave their votes to him. In fact, Mr. Gundiri’s candidacy was a product of anger with the PDP for failing to allow the candidacy of a Christian. There were speculations that Governor Bala Ngilari supported the SDP instead of his party, the PDP.

The second issue that affected Mr. Ribadu’s chances was the SDP campaign style which forced the Muslim Hausa-Fulani to follow the path and direction of their cousins in the northwest- the famous APC SAK. Thirdly, Mr. Buhari has a special relationship with Adamawa people- his wife is from Adamawa state. In fact, Mr. Buhari’s voice was aired on some radio stations in most states in the north asking people not to disgrace him and his party, the APC. That singular statement was very instrumental in denying Mr. Ribadu huge number of votes especially from the Hausa-Fulani dominated areas.

The internal crisis within the PDP was also a disaster to the former EFCC chairman’s ambition. The crisis in the PDP was not settled up to the time of elections, the aggrieved were not fully integrated into the party.

The Atiku Abubakar factor in Adamawa politics was also an another albatross for Mr. Ribadu. At the tail end of the governorship campaign, Atiku became very determined to deliver his state to the APC. That affected Mr. Ribadu in the southern part of Adamawa, especially in the Chamba chiefdom.

The Adamawa governorship election results have some far reaching political implications on the state’s polity. There are losers and winners. Former governor Murtala Nyako is a winner- most of his political associates won elective posts, while all of his political foes suffered defeat. Atiku Abubakar is another winner- he has rekindled his hitherto strong political structure and kingmaker position in Adamawa. The Governor-elect, Mohammed Jibril Bindawa is also a winner – he has assumed a post of prime political relevance, though his political future will be determined by the way he approaches the much needed development in the state and his ability to free himself from the shackles of Nyako’s men who were associated with Adamawa’s underdevelopment. The APC as a political party is a winner; it has completely displaced the PDP. There are also quite a number of losers- the PDP, Governor Bala Ngilari, Marcus Gundiri and Ahmed Modibbo. In fact, Mr. Gundiri will have a long and difficult political journey if he is to re-establish himself into all-inclusive and ‘secular’ politicking.

Mr. Ribadu was the best governor Adamawa couldn’t have. He fought a good battle, but PDP’s extreme unpopularity already made his platform very weak. President Jonathan extreme disapproval in the north made it hard for people to approve anything associated with him, while the Buhari tsunami swept away anything and everything PDP — good, bad, or ugly.

Mr. Ribadu was a good candidate but at the wrong time.

Spread the loveThese are depressing times – stemming from different END_OF_DOCUMENT_TOKEN_TO_BE_REPLACED