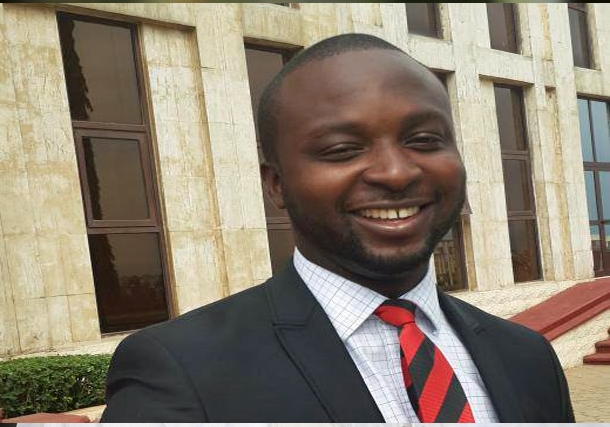 The need to write this diary of an unemployed graduate (DOAUG) was necessitated because of the high level of unemployed graduates and the disparity it has created between the middle class and the elite. Getting a job in Nigeria especially in the government sector has gone beyond qualification or who you know, rather it's who knows you? These has reduced unemployed youths to liabilities and burden which makes us vulnerable to the society, pressures from families and desperation has made many succumb to any available job to keep body and soul together.

The involvement of youths in various types of electoral violence all over the country in the just concluded general elections is a good example of what unemployment has reduced us to.

Wednesday, Oct. 07, 2014: On this day, I read the editorial of The Guardian newspaper on the topic “Confronting Graduate Unemployment Crisis”.According to the paper, The National Bureau of Statistics (NBS) recently posted 54 per cent of Nigerian youths as unemployed in 2012, going by the “2012 National Baseline Youth Survey Report’’ issued in collaboration with the Federal Ministry of Youth Development. Official research has also put the figure of unemployed at 23.90 per cent of total population (as at 2013), about 34 million, a figure said to be exclusive of about 40 million other Nigerian youths captured in World Bank statistics in 2013.With this alarming figure and with the influx of graduates coming out of our higher institutions yearly, it leaves us with this question, Which Way Nigeria?

Monday Nov. 5th 2012: Was the day I wrote my final paper as undergraduate of History & International Studies, Imo State University Owerri. Such days normally come with lots of anxieties, mine wasn’t an exception, heavily armed police men and school security guards were on guard to avoid breakdown of law and order. Every Nigerian graduate understands what I’m saying.

After the last paper, the celebration started right inside the exam hall. Some of my course mates defied all security warnings to express their excitement, after the school jubilation and gyration. Some relocated to various venues for the next rendezvous. I went straight to my hostel off campus to the waiting arms of my hostel mates, who in turns welcomed me by pouring dirty water, others preferred to soak me with all kinds of drinks, its a ritual that must be carried out, they must baptize you with water and drinks on the day you write your final exam, I don’t know the origin. I saw it when I came, I partook in it each year till it got to my turn.

After the ritual, I rushed into my bathroom and freshened up. I was about coming out from the bathroom when my phone rang. It was my course mate inviting me over to a lounge for another round of party, I obliged. It was worth going, everything was in excess ranging from ladies, drinks, barbecue etc. The DJ was ecstatic, he kept us dancing all night with varieties of songs, all the graduates at the Lounge sang Styl Plus’ song “four years” in unison. That night was memorable.

The jubilation signals end of life as an undergraduate and a step to our dream job.

Monday, Jan. 7th 2013: After studying tirelessly at University to get a Bachelor Of Arts for four years, I worked for a Media and Consultancy firm for five months doing more of voluntary writing and gathering work experience as much as I could before going to serve my fatherland.

Thursday, 5th June 2014: A special day in the life of every national youth corp member. It was the day I passed out from the mandatory National Youth Service Corps (NYSC) scheme. Its been ten months and counting, no job yet. I have re written my CV and Cover Letter countless times, adapted them to suit all the different roles I have applied for these past months, no meaningful response yet.The employment test for recruitment into the Nigerian Immigration Service (NIS) conducted across the country that claimed the lives of many people and injured several others following a stampede during the exercise March last year is still fresh in our hearts and also shows the desperation for jobs in the largest growing economy in Africa where oil wealth has enriched the elite who has failed to create jobs for the unemployed youths.

This has shown a failure at all levels of government to stimulate growth and development that will encourage and empower youths to get self-employed.The private sector cannot employ more than they need, when they advertise for jobs, the kind of experience needed is most times near impossible for young graduates like me. My dream of becoming an envoy representing and negotiating for my country outside the shores of Nigeria is still alive, my dream of also serving humanity by working in International Organizations is still intact. I have finally got my foot onto the writer’s ladder and started my career as a freelance writer both as a career and as a hobby, it may not be paying but it is an avenue to express myself and acquire more knowledge.

I will forever be grateful to the following Newspapers for appreciating and publishing my articles, The Nation, Daily Independent, Sunnewsonline, The Guardian, African Herald Express, Nigerian Pilot, People's Daily, PM News and others that are yet to publish.

To my fellow unemployed graduates, don’t be discouraged, think of what you can do while waiting for white collar jobs and I pray we all will have the zeal to work hard and hold on to our dreams in a time like this.

Before I close my DOAUG and retire for the day, who knows what the the incoming government will have in store for me? I am optimistic these dark days of mine will soon be over for good cause the desire to conquer far out weighs the fears.

Spread the love“We, Yoruba, lead in the choice of the END_OF_DOCUMENT_TOKEN_TO_BE_REPLACED

Spread the loveAccording to history, the settlement and founding of END_OF_DOCUMENT_TOKEN_TO_BE_REPLACED