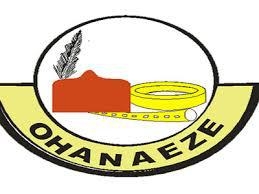 In every decision or action one undertakes in life there's a reason but what am yet to understand up till this moment is the reason why we "Ndigbo" decided to put all our eggs in one basket during the presidential election.

It was after the presidential election and the collation of results from the 36 states and the FCT, that reality began to dawn on us Ndigbo. While other regions were busy celebrating after math of the presidential polls, we all bowed our heads in shame not because our preferred presidential candidate lost but because we realized very late we have shot ourselves in the foot.

In our desperation to re-elect president Jonathan we lost all sense of reasoning, even when it became glaringly obvious the odds against him were many, we allowed sentiment to over rule our conscience, without thinking of the consequences. We have lost out entirely.

After May 29th, 2015 hand over date, when the 8th parliament will be inaugurated, we won't have any of our elected Senators on the platform of APC which has emerged as the majority party at the upper chamber.

There's no ethnic group that were not represented in the out going PDP led government, yet, it didn't prevent people from other regions that even benefited more from PDP led government not to vote for their people in other political parties that will represent them at the centre.

Here in the South East PDP is seen as a mini god. Anyone against PDP here is seen as an out cast and are always treated as one. We took that mindset to the polls during the presidential election, in some places we know that PDP will lose, we manipulated the results in favour of PDP candidates.

That is the only reason why outspoken and charismatic senator like Dr. Chris Ngige of APC with a proven track record of performance lost his re-election to the senate.

APC won major elective seats in their strong holds in the Northern and Western parts of the country but it didn't prevent the electorates in those regions from electing or re-electing some of their legislatures on the platform of PDP.

Other ethnic groups have taught us a great lesson, it's not all about party, it's about choice and interest, that's why in some cases they looked beyond ethnic, religious and party affiliations to vote for their choices, but in our own case we voted every individual on the platform of PDP not because they are our choice but because they are in the ruling party.

Our precipitous act has disqualified us from contesting for the Senate president and Speaker House of Reps including their deputies. It would be extremely painful watching helplessly what we could have contested unopposed being contested by other regions. We have lost it and may not get it again till 2019 because of our own selfish and parochial interest.

The question I have been asking my fellow Ndigbo is, now we have lost out in all the elective posts at the federal level under APC, how are we going to cope in APC led government that we never supported and didn't even hide our hatred for while the campaigns lasted?

When Ohaneze Ndigbo an apex Igbo social-cultural group that claims to be representing the interest of Ndigbo endorsed president Jonathan for another term, I asked if not for few personal gains, what is the moral justification behind such endorsement? Did Ohaneze Ndigbo consider their members in other political parties before they endorsed president Jonathan of PDP as their presidential candidate? We all know the endorsement didn't come without a price.

Ohaneze Ndigbo in recent years has only been functional during general elections and has been battling with credibility problems over the years as a result of it's meddlesomeness in politics but it's endorsement of president Jonathan and his failure at the polls has stripped Ohaneze Ndigbo the remaining credibility left in them.

We have also refused to learn from history, adopted political parties in the past have many a time won other elective posts in strong holds of some of the political parties that endorsed them. After adopting president Jonathan as their presidential candidate for re-election, All Progressive Grand Alliance (APGA) even as the ruling party in Anambra state could not win a single seat out of the 3 senatorial seats in the state. Now they are protesting they were rigged out of the 3 senatorial seats by the ruling party they endorsed it's presidential candidate.

The narrow minded amongst us have realized the cost of putting all their eggs in one basket, but its already too late in the day to make amends, we are like the proverbial mother that poured out the baby with the bath water.

Putting all our eggs in one basket have taught us a great lesson, while we continue to pay the price of our costly mistake, the pains of ignorantly rejecting before time what would have been offered to us on a platter of gold will continue to hunt and hurt us till 2019.

According to Aja. N Aja- There is no question about my people being very resourceful and productive but we lack political leadership. We may have astute political players but there is no mentoring, no structure and therefore no political future. The ultimate we can achieve politically is what others will concede to us and not what we deserve by virtue of any strategic thinking and alliance.

By now, most people have read the story of the END_OF_DOCUMENT_TOKEN_TO_BE_REPLACED

Previous Post Alleged drug baron wanted in US elected senator in Nigeria, case in ‘Orange is The New Black’ I AP
Next Post Diary Of An Unemployed Graduate- Joe Onwukeme

It is a glaring fact that Northerners occupy over 80 END_OF_DOCUMENT_TOKEN_TO_BE_REPLACED

Presidential Special Scholarship : “In 2014, I and several other END_OF_DOCUMENT_TOKEN_TO_BE_REPLACED