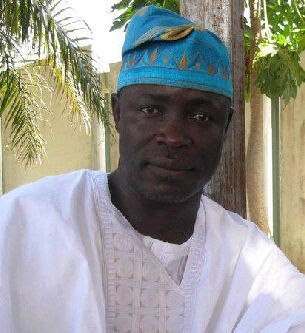 In the build up to the second term bid of Governor Ibikunle Amosun , a lot were said and posted on the social media , some panic measures were taken to bring back the hopes while many claims and counter claims were also made to win the electorates to both sides. By now, water has passed under the bridge as we have now come to the moment of truth which in Yoruba parlance is called "oju ogbagade." For avoidance of doubts, let me reiterate some of them here as follows:

1. We heard much about the debt profile of the state, now its clear that the man who owed still has the responsibility to pay be it the original figure or the phantom digits…thank God we now have a President who promised Nigerians a new era of fiscal discipline and transparency.

2. Civil servants deductions …the responsibility to fully pay and not to owe again will still be H E's headache

3. Abandoned projects and the bogus contract fees. The responsibility to complete the projects and pay up the contractors real or imagined figures are part of the post celebration realities. How soon those contractors come back to the sites remain an issue for the government new image

4. Political propaganda projects …such as the new overhead bridge at Ilaro and other areas especially those hurriedly started in the election weeks must now see the light of the day.

5. 26 model schools across the state can no longer remain uncompleted for whatever reasons while implementation of free education policy along renovation of old schools must be on the table for all discerning minds to ser. How the second term will take care of these is a matter for another day discussion

6. Students bursary hurriedly paid during the campaign must still be continuous else the government will continued to be tagged anti students.

7. We heard you talk of Olokola , cargo airport etc …we shall continue to remind you of prompt implementations.

8. Housing scheme .. There shouldn't be problems of time constraints any longer , those civil servants who collected form need no stories again before they become house owners

9. Teachers promotion… One can congratulate the teachers who benefited in the political promo promotion of level14 to 15 bar on the eve of the election . Implementation is now sacrosanct regardless of its financial backing.

10. Rumour of retrenchment.. At least we heard your Excellency denial , now we want to see who was lying before.

11. Planned introduction of toll gate…this is the time to know the truth whether or not your government is for the welfare of the people.

12. Spread of developmental projects to other parts of the state …your aides and supporters often remind us that you mean well for equal distribution of projects across the state that we need to give you time…This is your last opportunity to do the needful or remain with the tag of nepotism.

13..some of us said you hardly smile or laugh but we see your laughter in your campaign posters and billboard …hope it will be a continuous laughter till the end of your term.

14. We argued that your rebuilding mission did not reach the gates of our institutions of higher learning but we were told that the bird is still in your pocket ….hmmmmm, I'm aware the bird can suffocate if not brought out in good time , now we can judge you better

15. The issue of TASUED reminds me how your critics never believed your promises…I think we have come to moments of reality now and we shall know who is lying between you and them.

16. Vendetta …your first term was almost marred by your politics of vendetta the fact that you later soft pedalled added some value to your regime but many believed you will still come back in that your old stuff. How well you do this will still make or mar your second term.

I'm not sure I have exhausted all the points I have noted to bring up here but these few ones can still be our good reference points between your first and second coming.

As an historian I'm trained not to only read about Emperors and kingdoms but to also write about new makers of history. A king who reads the history of his predecessors and act with wisdom get wiser by the days…