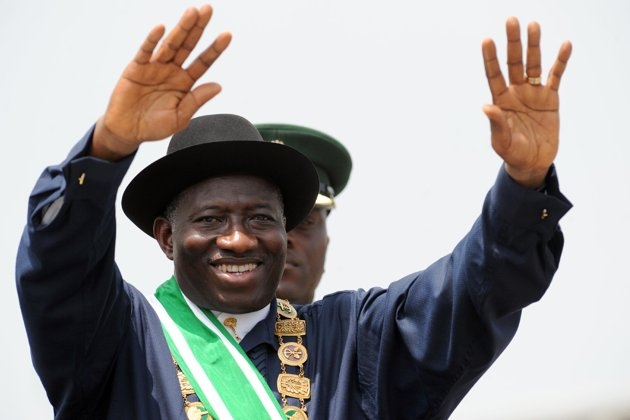 This piece, "PDP Victim Of Own Impunity", was first published November last year and the need to re-publish it became necessary following the defeat of the ruling party, People's Democratic Party (PDP) by the main opposition party, All Progressive Congress (APC) in the March 28th presidential election.

Many ignored what I observed and continued to wallow in self delusion that the ruling party are infallible and will never lose election in Nigeria, four months after this article was published, my revelation has finally come to pass, the reign of PDP has ended and on May 29th 2015 (the hand over date) will be when the self-acclaimed largest ruling party in Africa will be officially prounounced dead.

Below is the piece:

It is no longer news that the infallible ruling party PDP is in serious crisis across the nation as a result of accumulated and reoccurring problems in its fold. This is an indication that the ruling People's Democratic Party (PDP) is on its way to the Golgotha.

The endorsement of President Jonathan as its consensus candidate for the 2015 general elections by the National Working Committee (NWC) of the party has worsened the internal crisis in the party. President Jonathan's decision to contest in 2015 and also denying the claim of former president Obasanjo and northern PDP governors and stake holders of the existence of any agreement not to contest after 2011 sustains the division in PDP.

The endorsement and adoption of consensus candidates by PDP governors whose second term in office expires next year and the aspiration of some of these governors to go to the senate after the expiration of their tenures is already dividing the party amongst the affected law makers and their state governors.

On Saturday, 1st November 2014, after the ward congresses that was held nationwide, the ward congress of the PDP was reported to be marred by wanton irregularities designed by state governors to witch hunt some members in their party, the PDP senators which were mostly affected held a close door meeting Tuesday 4th November with the PDP hierarchy including president Jonathan to express their dissatisfaction over the ward congresses which they alleged the governors manipulated to set stage for their favoured candidates to take over their seats, the PDP law makers had on Tuesday threatened to stop all legislative activities and withdraw their support for president Jonathan if last Saturday’s ward congresses were not cancelled.

The defection of Hon. Aminu Tambuwal, speaker of House of Representatives to APC on Tuesday 28th October 2014, after months of speculation and the demand by PDP's National Working Committee (NWC) for Tambuwal's resignation as speaker have also unconsciously widened the division in the party amongst its law makers with some House of Representatives members of PDP switching their loyalty to the speaker and threatening to defect with the speaker if there is any move to impeach the speaker.

The plot to unseat the national chairman of PDP Alhaji Adamu Muazu has been in and out of court over the non-compliance of the party's constitution and the Nigerian Electoral Act in choosing their national chairman.

Who wants Alhaji Adamu Muazu out as the national chairman of PDP? What is his offence?

All over the PDP states,  it is one problem to another, thereby worsening the division in its fold.In the South East, Enugu, it is the been superiority battle between the Deputy Senate president Ike Ekweremmadu and the governor of Enugu state Sullivan Chime over who becomes the senator, representing Enugu West in the senate come 2015, in South South, Rivers state PDP is divided between zoning and who becomes their governorship candidate in the forth coming elections, in Akwa Ibom state,  it is the self destructive war of  imposition of governorship candidate, in Cross River state it is the  war of words between governor Liyel Imoke and the senate majority leader Victor Ndoma Egba over eligibility and tenure of senators at the Upper chambers, In the North, the adoption of president Jonathan as PDP’s consensus candidate in the forth coming presidential election is causing rancour in its fold.

How further could the party be divided? Time will tell.

As the series of drama unfolds in PDP and many more in the offing, it is an indication that the architect of the death of many political parties in the past, the master strategist in plotting divisions in other parties and luring other party members to defect to their party and many other sins of PDP is gradually catching up with them. As we speak, PDP is in near comatose, the implosion is imminent and inevitable, as we await the death of the self-acclaimed largest party in Africa, I have already prepared an epitaph for the ruling party.

“Here lies a party that admires the politics of Western world but when it was given the mandate to rescue the nation from its series of anomalies tenaciously chose to thread the part of impunity to rape, exploit and impoverish the nation of its hard earned democracy by coveting our institutions against its people and empowered Nigerians to take up arms against one another, living us in a state of perdition”.

The same epitaph will apply to all the politicians that contributed to this quagmire in our society.

Spread the loveBy now, most people have read the story END_OF_DOCUMENT_TOKEN_TO_BE_REPLACED