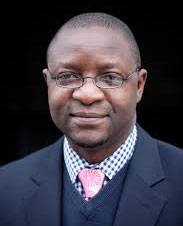 Dr. Femi Aribisala’s recent article “The beginning of the end of the Bola Tinubu Dynasty” should not have appeared in the Vanguard or in any newspaper for that matter. What this piece represented was a contribution to fiction writing, not responsible journalism. Even there, it was bad fiction. Aribisala is so obsessed with his animus toward Asiwaju Tinubu that Aribisala cannot see or think straight. Thus, his writing is crooked. If one did not know better, one would think Aribisala does not hate Tinubu as much as he envies the man. Aribisala wishes he were Tinubu. Instead, Aribisala is relegated to being the Asiwaju of his own imagination.

The article is presented as an objective news analysis and commentary.  In doing so, the writer does injury to the newspaper, the truth and to the reading public.  The piece begins with a purported quotation from Bola Tinubu himself used to paint him in an unsavory light. The problem is that this quotation never occurred. It was figment of the author’s dire, envious imagination. What was presented as   fact is fantasy. The man has the freedom to write whatever he pleases be it fact or fiction. However, it is unethical for him to portray as incisive journalism what are nothing but the fruits of personal hatred translated into  paper and ink.  When the truth does not prove the point he wants to make, Aribisala invents his own truth. While this might be an asset for a fiction writer, for a public commentator, it is a serious trespass against the tenets of responsible journalism.  Aribisala may well be jumping through these unethical hoops to currying the favor of the monarch of Aso Villa. But he should not be so hypocritical as to try to confuse us that his efforts are done as a public service.

The man actually criticizes Asiwaju for being a successful political leader as if doing so were some type of sin when , in fact, Nigeria is in great need of more far-sighted politician leaders not fewer. Aribisala claims Asiwaju wants to be another Awolowo. Here, why did not he quote Tinubu who has rebuked this charge many times? Repeatedly, he has stated there can only be Awolowo and to try to fit into his shoes is to lace yourself to failure. We must learn from the great one and the principles he espoused so that we meet the challenges of our time as our legendary mentor and leader would have us do.  This Tinubu’s position regarding Awo. If you want to accuse Tinubu of believing that Awolowo is the father of progressive politics in Nigeria, he would plead guilty. But Aribisala accuses him of trying to supplant Awolowo.  The accusation is wrong and mean-spirited.

Again, at one point, Aribisala invents a Tinubu quote as proof for his lies. Then at this point, the writer ignores Tinubu’s public statements because those statements rebuff the lie Aribisala seeks to perpetrate in the public mind.

This comes to the meat of the matter.  This hack writer asserts that Tinubu seeks a dynasty. He cannot be more incorrect. Tinubu is a leader of a political reform movement along with other patriotic Nigerians.  When Tinubu held fast against the tyranny of the PDP and its attempt to capture all states by any means necessary that was the work of a man committed to democracy. If he had not stood against the great odds against him and his party, the PDP would likely have turned Nigeria into a one-party state by now. Instead, the APC has come about and now challenges the PDP in an unprecedented manner. Any objective person would conclude that this competition is beneficial for the public and for the growth of Nigerian democracy.  It begs the question why Aribisala seems not to see this enormous contribution. He does not see it because those whose favor he seeks do not want him to expose this truth to the wider public.

Take a look at the men Tinubu has helped in their quest for public office. Fashola, Fayemi, Aregbesola, Oshiohmole, Ajimobi, Amosun, etc.  These men are not non performing “yes men”. They are all dynamic and outstanding performers in their own right. Each is different than the other and each state government excels in its own unique way.  This means that Tinubu is not orchestrating them into some limited uniformity but stands out of the way for them to lead as they believe.  No major politician in Nigeria has a track record as good as Tinubu’s when it comes to supporting able people for office then leaving them to perform as they believe. Nowhere in the PDP does this happen. If Aribisala wants to see and criticize something with dynastic pretense, he should do an expose on the PDP. In barking at Tinubu, he is barking at the wrong house.

This brings us to the Ekiti election. The vote count is in and the PDP has been named the winner. Because there were few overt instances of violence, people have lauded the election as free and fair. I caution you not to be too hasty in drawing that conclusion.  Slowly, the truth is coming out about how the military blanketed the state and intimidated APC members and office holders, including the governor himself.  A new, subtler form of voter and opposition intimidation took place.  We have taken note and shall be prepared to outwit it the next time.

On a larger note, Bola Tinubu is one of the leaders of a reformist national opposition party contesting against a behemoth, immoral ruling party that will use any all measures to keep power. This is a long marathon we run. There will be obstacles and pitfalls along the way. Ekiti was one but we are not deterred. Our objective is good and right. We seek democratic good governance for the people. We are not ashamed about that. If seeking to make the people’s vote count and to make government care for the people is wrong, then let us be wrong. For we know that we will only be in the wrong to people with jaded vision such as Aribisala. History shall prove us right. Long after Aribisala’s efforts find their way to the bottom of the wastebasket, the APC shall stand as having pulled Nigeria from the precipice.   And history will score Tinubu with high marks for ever remaining the one man standing.

-Sunday Dare, former General Editor of The News/Tempo magazine and former Supervisor at the Voice of America, Washington D.C. is the Special Adviser Media to Asiwaju  Bola Tinubu

(Genesis 50:14 (NIV) …14 For God shall bring every work into END_OF_DOCUMENT_TOKEN_TO_BE_REPLACED

Previous Post Updated August 6: Panel Acquits Governor Al-makura Of all Allegations
Next Post Why I killed my father —Redeemer University of Nigeria undergraduate

But if peace be not larded with END_OF_DOCUMENT_TOKEN_TO_BE_REPLACED

Press Release We are a group of concerned Nigerians living END_OF_DOCUMENT_TOKEN_TO_BE_REPLACED

The worst thing that has happened to Nigeria is Buhari. END_OF_DOCUMENT_TOKEN_TO_BE_REPLACED