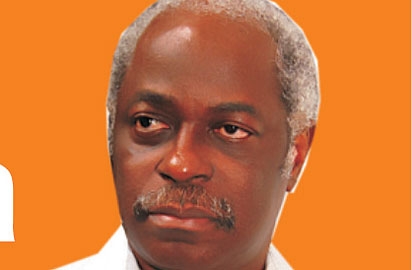 King Nebuchadnezzar gloried in his kingdom and declared: “Is this not magnificent Babylon, which I have built as a royal capital by my mighty power and for my glorious majesty?” (Daniel 4:30). While the words were still in his mouth, a voice came from heaven to inform him that the kingdom he was boasting about had been taken away from him.

Similarly, Bola Tinubu, “the Ashiwaju of Yorubaland,” surveyed his kingdom and decided to make a boastful proclamation. Speaking of himself in the third person, Tinubu declared: “Nobody, no one under the sun, under the United Nations Human Rights Charter, can stop Bola Tinubu’s ambition.” Famous last words! The voice of the electorate in the South-West has answered Tinubu. His personal ambition is certainly not in the interest of the people.

De-mystification of Tinubu
Tinubu’s claim to fame lies in the strength of his ACN party in the South-West. The only resistance was Ondo State, which was controlled by Olusegun Mimiko’s Labour party. But the assumption was that it was only a matter of time before Ondo too would succumb to the Tinubu juggernaut. However, in the 2012 gubernatorial election in Ondo, Mimiko not only prevailed once again, the ACN candidate did not even come second. He was beaten to a distant third by the PDP.

This indicated that the Yorubas were already getting fed up with Tinubu; determined that they will not be sold into his slavery. In a letter to Mimiko congratulating him on his victory, Reuben Fasoranti, the leader of the Yoruba group, Afenifere, said: “This victory, amongst other things, is victory over god-fatherism, a rejection of political imposition and slavery from outside the state.” “We entered into electoral cooperation with you (Mimiko) in the election to counter an emerging group under the leadership of few disrespectful, snobbish, arrogant, ravaging and power-thirsty politicians.”

The obvious reference here was to Bola Tinubu and his ACN colleagues. In many respects, Tinubu has become the most hated politician in the South-West. Association with him is increasingly as politically contagious as leprosy. The emerging consensus in the South-West is that Tinubu has overreached himself with his heavy-handedness. It is past time to cut him back to size. Thus, Fasoranti added to Mimiko: “There is a need for the exhibition of fair play and justice to all and carry the banner of progressive politics into national politics now that the eclipse of the ACN is unavoidable.”

This prognosis has proved to be prophetic. The defeat of Tinubu’s party in Ondo has now been followed by its trouncing in the just-concluded gubernatorial election in Ekiti. Ekiti was presumed to be one of Tinubu’s South-West strongholds. The incumbent governor, Kayode Fayemi, is one of the darlings of Tinubu’s new-fangled APC. Indeed, some have been touting Fayemi as a possible APC vice-presidential candidate. However, rather than confirm that Ekiti is firmly in Tinubu’s camp, the people of Ekiti decided to send a loud and clear message to Tinubu. They no longer want to have anything to do with him and with his party.

Tinubu’s Fayemi did not only lose the Ekiti election, he lost it by a landslide. He obtained 120,000 votes to Ayo Fayose’s 203,000. Fayemi lost in every local government area of the state. Coming on the heels of its defeat in Ondo, the APC rout in Ekiti is conclusive proof that Tinubu’s fabled stranglehold on South-West politics has ended. Indeed, Tinubu is now a political liability in the South-West. Rather than bring votes to the APC in the region, he is now more than likely to lose them.

This accounts for the confused reaction of the APC to the election. Local and international observers declared it free and fair. The losing local candidates readily accepted defeat, including Fayemi, the APC candidate. But Tinubu and his APC cohorts from outside the state are challenging the defeat in a pathetic attempt to make excuses for such disgraceful trouncing in putative APC territory. Only the gullible will believe this face-saving charade.

On the contrary, a prescient observer of the APC debacle in Ekiti made this observation: “Tinubu is no Awolowo and that illusion is being put to test. He doesn’t have the gravitas of Papa Awo and in fact, many of these South-West state governors will soon discover that they are more electable without Tinubu’s name. Tinubu cost Fayemi the election and if he knows what is good he should stay in the background if Osun State (whose election is due two months hence) is not to fall in a domino.”

It was a long time coming, but Yorubas in general are now fed up with Bola Tinubu’s arrogance and with his determination to rule the South-West as his fiefdom. A politician is supposed to be subject to his people. However, Tinubu believes the Yorubas are subject to him. The over-bearing influence of Tinubu in Ekiti politics was one of the major issues of the campaign. The message of the electorate is that this would no longer be tolerated. This message was superbly championed by Fayose who presented himself as a man of the people, determined to stop the hemorrhage whereby Ekiti money was routinely shipped to Lagos.

A smart politician does not broadcast his contempt for his people. However, with the arrogance of power, Tinubu derided Yoruba Obas as “useless.” He declared “ex cathedra:” “The good Obas in Yorubaland who are forthright, firm and stand by the truth are not up to five, they are just three.” With these words, Tinubu drove a nail firmly into his own political coffin. While he derided Yoruba Obas as “useless,” he went up North to Kwankwaso to engineer the installation of a “useful” Emir of Kano. Therefore, the Ekiti people decided to tell Tinubu that they have no use for him and that their Obas are not useless.

The success of Fashola in transforming the face of Lagos was sold as the ACN/APC template in the South-West, and this had some traction for a while. Fayemi too presented himself as a “performing governor” with major projects right across the state. But when asked why he did not build low-cost housing in Lagos, Fashola replied contemptuously that he could not find any low-cost cement to buy. But as its defeat in Ekiti now demonstrates; the elitist high-cost APC needs low-cost voters in order to win elections. What the PDP did mischievously in Ekiti was to capitalise on the electorate’s cynical preference for pounded-yam over tarred roads.

The rejection of Bola Tinubu today in the South-West also lies in the very betrayal of his earlier success. Tinubu championed South-West resistance to Obasanjo’s determination to sacrifice Yoruba interests on the altar of a contrived alliance with the North. While that alliance clearly served Obasanjo’s interests, independent-minded South-West voters saw nothing in it for them. Foolishly, Tinubu is now presenting himself as yet another architect of the same rejected alliance with the Northern caliphate, for the sake of his own personal political ambitions.

Following the crisis that ensued after the annulment of M.K.O. Abiola’s victory in the 1993 presidential election, there emerged a general consensus that the 1999 election should be zoned to South-West Yorubas in the interest of national reconciliation. However, Northerners decided they would determine who the Yoruba candidate should be. Obasanjo was fished out of prison and anointed as PDP presidential candidate.

This Yoruba choice by Northerners was rejected by the Yorubas. Although Obasanjo went ahead to win the election nationwide, he lost woefully in the South-West. Thereafter, he was derided as a president without coattails in his own backyard. Obasanjo’s response as president was to make a play for PDP victory in the South-West in 2003 by hook or crook. Every trick in the book was employed to bring South-West states under PDP control.

The PDP rigged the 2003 elections masterfully and wrested back power from every ACN-controlled South-West state except Lagos. Even in Lagos, the INEC went ahead to proclaim a fictitious PDP victory on its website, before this was belatedly withdrawn with ignominy. The brilliant South-West answer to this PDP treachery was Bola Tinubu.

Tinubu drew a line in the sand, held on to Lagos, and struck back from this stronghold to win back all the lost South-West states in 2007. He won because the people of the South-West refused to mortgage their future to the political interests of Obasanjo and his allies in the North. It is therefore surprising that, with the arrogance of power, Tinubu is now following the same failed footsteps of Obasanjo.

Instead of learning from Obasanjo’s blunder, Tinubu too has now decided to unite his ethnic ACN party with the Northern caliphate. With the contempt for the people that has come with years of monarchical control over the ACN, Tinubu presumes South-West people will follow him sheepishly into this alliance with the North, just because his burning ambition to become the vice-president of Nigeria now demands it. But what this has achieved is to show that Tinubu’s ambitions are anathema to South-West interests.

Anybody who thinks Tinubu’s APC will succeed in the South-West does not understand South-West politics. The Yorubas are too proud and fiercely independent to agree to play second-fiddle to anyone because of a man called Tinubu. S.L. Akintola tried the same gambit in the 1960s, and the South-West rejected him. The same rejection has befallen Bola Tinubu.

Lagosians are disgusted that Tinubu has privatised their politics. His wife, daughter and even son-in-law have been steamrolled into vantage political positions. The state’s finances are tied to Alpha Beta. Tinubu has even gone ahead to anoint Akinwunmi Ambode as the next governor of the state without the benefit of any election. This is asking for trouble. If Tinubu is not careful, a big implosion is likely in APC Lagos State over the issue of the choice of the next governor.

Every which way in the South-West, the message is crystal clear: “Tinubu’s imperious dynasty is over: long live the sovereignty of the people.”

Dr. Femi Aribisala is the preacher and coordinator of Healing Wings, a Pentecostal Christian fellowship.

Spread the love“We, Yoruba, lead in the choice of the END_OF_DOCUMENT_TOKEN_TO_BE_REPLACED

Spread the loveAccording to history, the settlement and founding of END_OF_DOCUMENT_TOKEN_TO_BE_REPLACED