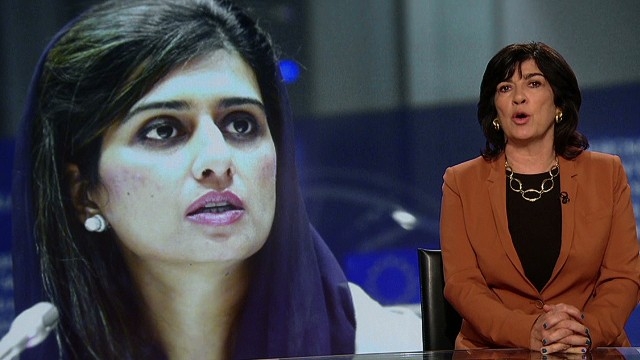 A young newlywed couple in northeastern Pakistan died a horrible death at the hands of the bride's family in the latest honor killing in the nation, police in Pakistan said Saturday.

The couple, identified as Sajjad Ahmed, 26, and Muawia Bibi, 18, were married by a Pakistani court on June 18 against the wishes of the Bibi family, Punjab police official Mohammad Ahsanullah told CNN.

On Thursday, the bride's father and uncles lured the couple back to the village of Satrah in Punjab province, where Ahsanullah said the pair were tied up and then decapitated.

Despite the fact that there were no outside witnesses, family members turned themselves in to police and are now jailed in the Sialkot district of Punjab, Ahsanulluh said.

Getting away with murder in Pakistan

Such killings often originate from tribal traditions in Pakistan and usually happen in rural areas. Human rights activists said bystanders, including police, don't often interfere because the killings are considered to be family matters.

According to the United Nations, some 5,000 women are murdered by family members in honor killings every year.

However, women's advocacy groups believe the crime is underreported and that the actual death toll from this all too common crime is actually much higher.

In Pakistan, 869 women were victims of honor killings last year, according to the country's human rights commission.

Earlier in June, 18-year-old Saba Masqood was found left for dead inside of a sack in a canal in Pakistan, injured by gunfire. She accused her brother and father of shooting her because they didn't approve of her marriage to a neighbor. She survived, but many aren't so lucky.

Last month, the death of a pregnant Pakistani woman made headlines around the world.

Farzana Parveen, 25, was attacked with bricks by about 20 people, including members of her immediate family, police said. And her husband, Mohammad Iqbal, told CNN that he had killed his first wife six years ago so he could marry Parveen.

Spread the love
Which Way, Ibadan Southwest LG Constituency 1? by Oyetunji OlunloyoSpread END_OF_DOCUMENT_TOKEN_TO_BE_REPLACED
Previous Post Nigeria girl among thousands of divorced children- AP
Next Post The Pathetic Story Of A Nigerian Ex-Bank Manager Whose Dream Was Shattered In The US. All of us must rise to help.