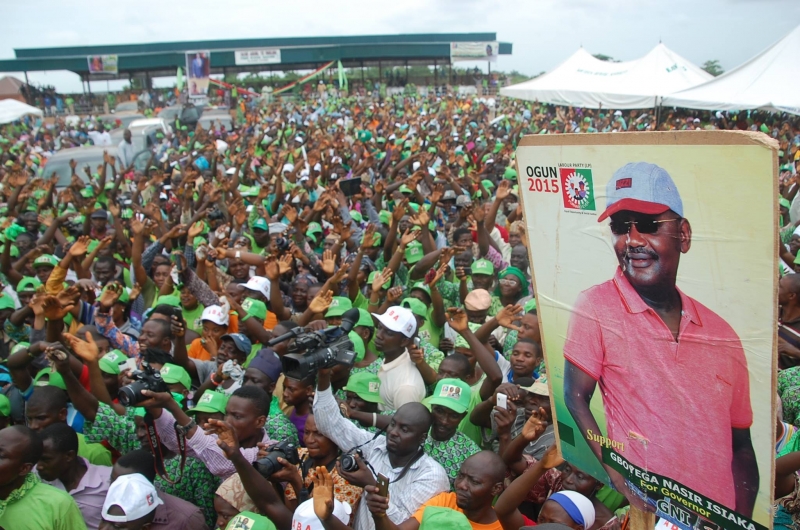 At my quiet moment, I reflect on what exactly is nudging me on in my quest for governance. Is it sheer ambition on my part or am I just unconsciously gliding on the boat of wishes of close acquaintances? These questions become more agitating whenever people seek to know what motivate me to seek political office in an environment where the game is assumed to be for the brutish. Each time these questions come up, a few things cross my mind.

I think of my home town of Imeko; a sleepy border town in the North Western part of Ogun State where I lived in the first 16years of my life. It was the period when the only available drinking water was from either of the two popular rivers; the only available health facility was a government owned clinic; power is only generated from kerosene lamps or other locally fabricated devices and vehicles can be counted almost on finger tips. The main stay of a near closed economy was farming; and average income per capita could not have been anywhere near the much talked about World Bank poverty parameters. I have therefore seen poverty, felt poverty and breathe poverty.

From this background, I struggled to record modest academic and professional successes that became my visa to play in the Nigerian private sector specifically; the capitalist world of investment banking where success is measured only by quantum of returns, not impact on the life of any man; common or uncommon.

My sojourn in the public office opened another vista and new discoveries. More than ever before, I realise that government is about creating initiatives and opportunities with the people’s resources by the people’s active participation and for the ultimate benefit of the people. While in government, I felt first hand the significance of public policy in the life of today’s populace and the survival of tomorrow’s generation. I also can better appreciate policy initiatives meant for immediate political gains and those often difficult decisions that promote the good of today and the best of tomorrow.

Along this journey of life, I have been to places in all the continents of the world as well as read and digested thoughts of business and political leaders. I realise that what becomes success stories today in different parts of the world were created by men and women who turned challenges into opportunities and who though would have made their marks in their chosen profession but have not allowed the transient allure of life to cloud their purpose on earth. They are people who rather than be net consumers of the good things of life, they strive to contribute to the good of life. I am motivated by such people.

I think of the near – precarious realities of our environment and immediate society: a blessed country with one of the highest concentration of natural and human resources in the world but whose people still live under conditions typified by ballooning poverty; heighten insecurity that is almost threatening our existence as a country and poor social and physical infrastructure. I think of a youthfull and hugely unemployed population that are almost loosing hope on the future because of the situation of the present created largely by the failure of the past.

But I am convinced that we cannot allow this situation to define us but teach us to shape the future. I am determined to play my part in shaping that future. These are the thoughts that inspire me. These are the realities that fire up my passion.

My philosophy of governance is absolutely hinged on the true concept of leadership within the purview of democratic ideals underscored by accountability and service to the people. I am deeply convinced in the abiding fundamentals of democracy which envisages that sovereignty and power reside with the people; leaders are mere custodians who must exercise power for the maximum benefit of the greatest number of people.

I strongly desire that emerging democracies like ours cannot afford to wallow in deep-rooted systems that are driven by mediocrity and weak leadership.

In order words, spurred by my experience and knowledge in life as encapsulated above, I am challenged to contribute my quota towards achieving A LIFE MORE ABUNDANT for the people of Ogun State through provision of Social & Economic Infrastructures; Building of a Sustainable human capital that can take our State to the next level; Being an embodiment of good governance and accountability. And more than ever before, I BELIEVE this is achievable and our State shall be better again.
GNI BELIEVE……..

Spread the loveOf all the updates that have been given END_OF_DOCUMENT_TOKEN_TO_BE_REPLACED